From MITnews by David L. Chandler

Large-scale tests in the lab and the South China Sea reveal the origins of underwater waves that can tower hundreds of feet.

Their effect on the surface of the ocean is negligible, producing a rise of just inches that is virtually imperceptible on a turbulent sea.
But internal waves, which are hidden entirely within the ocean, can tower hundreds of feet, with profound effects on the Earth’s climate and on ocean ecosystems.

Now new research, both in the ocean and in the largest-ever laboratory experiments to investigate internal waves, has solved a longstanding mystery about exactly how the largest known internal waves, in the South China Sea, are produced.
The new findings come from a team effort involving MIT and several other institutions, and coordinated by the Office of Naval Research (ONR).

Seen in cross-section, these waves resemble surface waves in shape.
The only difference between an underwater wave and the water around it is its density, due to temperature or salinity differences that cause ocean water to become stratified. 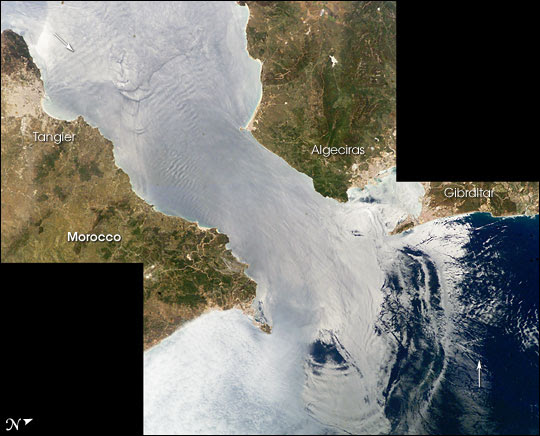 Though invisible to the eye, the boundary between colder, saltier water below and warmer, less-salty water above can be detected instrumentally.
That boundary layer can resemble the ocean’s surface, producing waves that reach towering heights, travel vast distances, and can play a key role in the mixing of ocean waters, helping drive warm surface waters downward and drawing heat from the atmosphere. 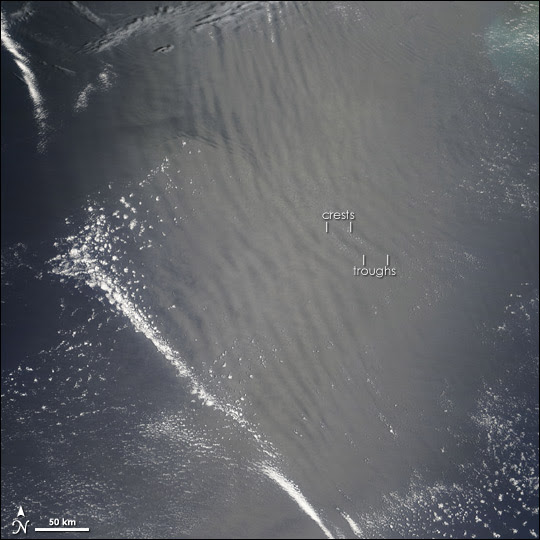 Because these internal waves are hard to detect, it is often a challenge to study them directly in the ocean.
But now Thomas Peacock, an associate professor of mechanical engineering at MIT, has teamed with researchers from the Ecole Centrale de Lyon, the Ecole Normale Superieure de Lyon, and the University of Grenoble Alpes, all in France, as well as the Woods Hole Oceanographic Institution, to carry out the largest laboratory experiment ever to study such waves.
Their results have been published in the journal Geophysical Research Letters.

The team performed laboratory experiments to study the production of internal waves in the Luzon Strait, between Taiwan and the Philippines.
“These are the most powerful internal waves discovered thus far in the ocean,” Peacock says.
“These are skyscraper-scale waves.”

Surprisingly, internal waves can sometimes be seen clearly in satellite imagery
(like in the above image of the Luzon Strait).
This is because the internal waves create alternating rough and smooth regions of the ocean that align with the crest of the internal wave.
Sunlight reflects the smooth sections, appearing as white arcs, while the rough sections stay dark.
Photo : Modis data courtesy of NASA / image processed at Global Ocean Associates

These solitary waves have been observed to reach heights of 170 meters (more than 550 feet) and can travel at a leisurely pace of a few centimeters per second. “They are the lumbering giants of the ocean,” Peacock says.

The team’s large-scale laboratory experiments on the generation of such waves used a detailed topographic model of the Luzon Strait’s seafloor, mounted in a 50-foot-diameter rotating tank in Grenoble, France, the largest such facility in the world.
The experiments showed that these waves are generated by the entire ridge system on that area of seafloor, and not a localized hotspot within the ridge.

The last major field program of research on internal-wave generation took place off the coast of Hawaii in 1999.
In the years since, scientists have come to a greater appreciation of the significance of these giant waves in the mixing of ocean water — and therefore in global climate.

“It’s an important missing piece of the puzzle in climate modeling,” Peacock says.
“Right now, global climate models are not able to capture these processes,” he says, but it is clearly important to do so: “You get a different answer … if you don’t account for these waves.”
To help incorporate the new findings into these models, the researchers will meet in January with a climate-modeling team as part of an effort sponsored by the National Science Foundation to improve climate modeling. 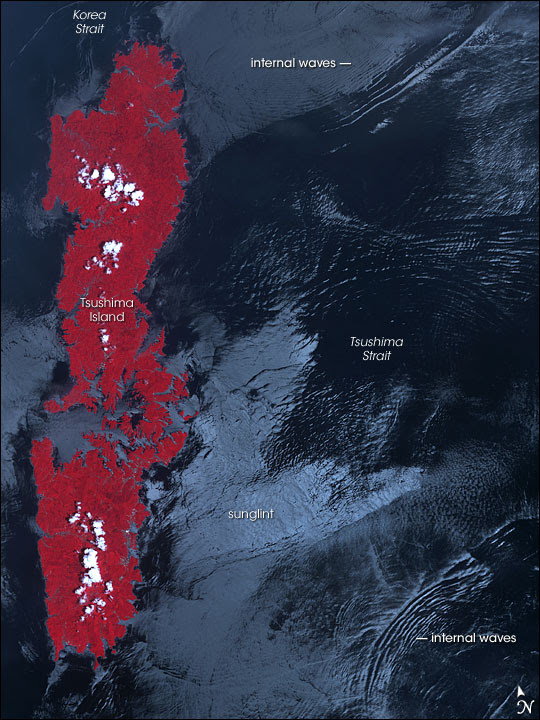 These waves are potentially “the key mechanism for transferring heat from the upper ocean to the depths,” Peacock says, so the focus of the research was to determine exactly how the largest of these waves, as revealed through satellite imagery of the Luzon Strait region, are generated.

The existence of internal waves in oceans has been known for well over a century, Peacock says, but they have remained poorly understood because of the difficulty of observations.
Among the new techniques that have helped to propel the field forward is the use of satellite data: While the submerged waves raise the surface of the water by less than an inch, long-term satellite data can clearly discern this difference.

“From 15 years of data, you can filter out the noise,” Peacock explains: Many locations, such as the Luzon Strait, generate these waves in a steady, predictable way as tides flow over submerged ridges and through narrow channels.
A resulting 12-hour periodicity is clearly visible in satellite data.

Beyond their effects on climate, internal waves can play a significant role in sustaining coral-reef ecosystems, which are considered vulnerable to climate change and to other environmental effects: Internal waves can bring nutrients up from ocean depths, Peacock says. 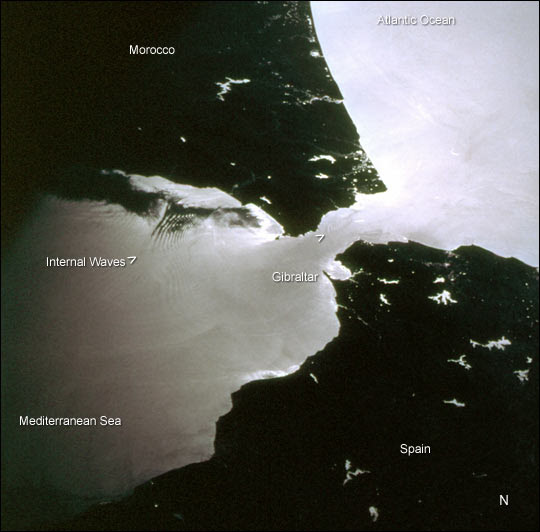 Matthew Alford, an associate professor of oceanography at the University of Washington who was involved in the related field studies for this project, says, “The strong forcing and ridge geometry at Luzon Strait result in some of the strongest internal waves in the world’s oceans.
They are important for a variety of reasons, including the region’s biology, the mixing and turbulence they produce, and marine navigation in the region.”
This team’s research, he says, “contributed to a massive advance in our understanding of how these waves get generated and dissipated.”

The research, carried out by Peacock and a team of eight other researchers, was funded by the ONR, the Centre Nationale de Recherche Scientifique and the Agence Nationale de la Recherche in France, and the MIT-France Program.