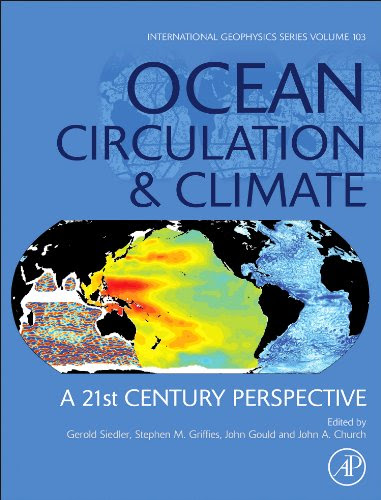 A new book summarizing much of what we know about oceans and the role they play in shaping our Earth's climate was just published.
For researchers like myself, we often become fixated with learning the newest facts or reading the latest studies in our fields.
Every so often, however, it is necessary to take a step back and provide a retrospective look at how our knowledge has developed with time.
Such a retrospective was just provided by some of the world's most qualified oceanographers. It is an update to a legendary text that was first printed in 2001.


This is the second edition of "Ocean Circulation and Climate – Observing and Modelling the Global Ocean" published in 2001 at the end of the World Ocean Circulation Experiment (WOCE).
During the 1990s WOCE built on the availability of a new generation of altimeter satellites and carried out the first global scale study of the role of the oceans and their circulation in earth's climate. WOCE's primary objective was "to develop models useful for predicting climate change and to collect the data necessary to test them". 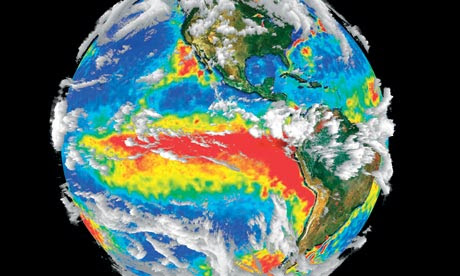 Since WOCE there has been enormous further progress both on ocean observations and modeling.
The Argo array of profiling floats (a technological development started during WOCE) now routinely monitors the temperature and salinity of the upper ocean.
The series of altimeter satellites continues.
These strands now allow a better understanding of the inherent variability of the ocean not available in 2001.
In parallel, the relentless increase in computational power permits better representation of crucial ocean processes.
The new book has been produced simultaneously with the preparation of the 2013 IPCC WG1 5th assessment report and provides useful and up-to-date background on ocean-related issues central to the IPCC's assessment.

The remarkable progress in this area of ocean science since the turn of the century means that many of our present-day modeling and observational capabilities could only have been dreamed about in the 1990s.
Thus the book, subtitled "A 21st Century Perspective", is both timely and important.
It contains 31 chapters that span the present state of knowledge
The 78 authors provide a truly international perspective as recognized experts in their respective fields.
Eight were also authors of the IPCC WG1 AR5, which was released this fall, including Thomas Stocker (Chairman of WG1) who wrote the first chapter, "The Oceans as a Component of the Climate System".

Three of the editors, Gerold Siedler (Germany), John Gould (UK) and John Church (Australia), were editors of the first edition and were joined by Stephen Griffies (USA) to provide additional expertise on modeling.
All are internationally recognized experts in their respective fields.

The introduction provides a great justification for the text,


"Were it not for the ocean's ability to absorb substantial amounts of heat and carbon, the effects of worldwide anthropogenic climate change would be much larger. The ocean is therefore already an important mitigating element in the Earth System"

As a part-time ocean scientist myself, and a self-described ocean nerd, this may be the first item on my Christmas list.