From DailyMail ( by Andrew Marr)

The critics are right.
This is an astonishing show.
But it’s a show about Britain as well as about the painter.
It tells the story of a people surrounded by salt water, fishing, trading and fighting, and marked by their relationship with the sea as much as with the land.
Warm and safe in the gallery, the viewer huddles among huge storms and flinches at flying spray.
It’s quite an experience.

Turner’s greatest work was mostly done during the long and murderous struggle between Britain and Napoleonic France.
Showing these pictures at Greenwich, one of the Navy’s spiritual homes, in the first full-scale exhibition of the artist’s maritime work, means we look differently than we would at Tate Britain or the National Gallery.

But there’s a melancholy coincidence in the exhibition opening shortly after the announcement that naval shipbuilding would end at Portsmouth.
The curators could have called the exhibition: Requiem for an Island Nation. 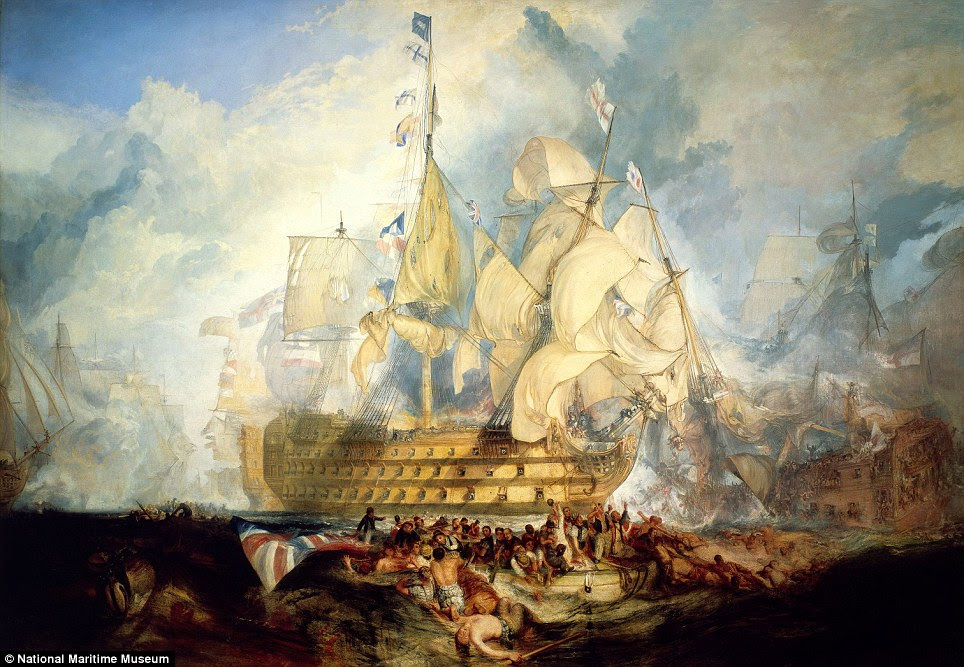 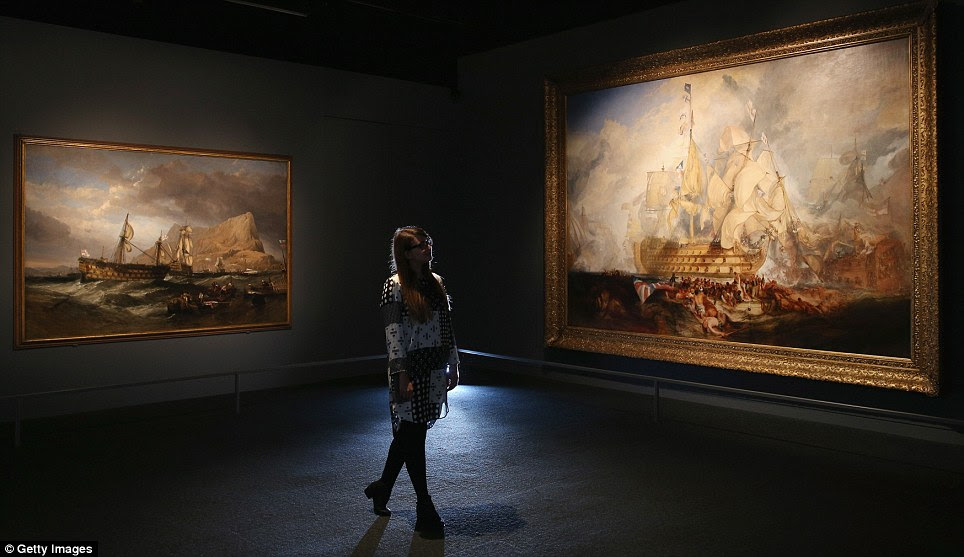 The very successes of Nelson’s navy, which the mature Turner celebrated, make it hard to imagine the political world in which the younger Turner began painting.
But the English coast had long been a place of danger, going far beyond bad weather.
It’s where the enemy was always just about to appear over the horizon.

At just the time when Turner was first becoming famous, invasion was seriously threatened by Napoleon, whose barges and ‘Armee d’Angleterre’ were marshalled on the Dutch and French coasts.
(Napoleon also contemplated invasion by balloon, but was put off by the fickle winds of the Channel.)

The threat was taken utterly seriously, and for good reason.
The defeat of the Spanish Armada in 1588 had been as much an achievement of the weather as the small English Navy.

In the latter part of the century before Turner started painting — in 1667 — the Dutch had successfully penetrated the Thames estuary, destroying English warships and attacking the naval dockyard at Chatham in Kent.

Dutch soldiers had been landed successfully and the rich fled London in panic.
Shortly afterwards, the ‘Glorious Revolution’ of 1688 began as a Dutch-led invasion of French, German and other continental troops, landed in Devon after the Royal Navy utterly failed to catch King William’s fleet. 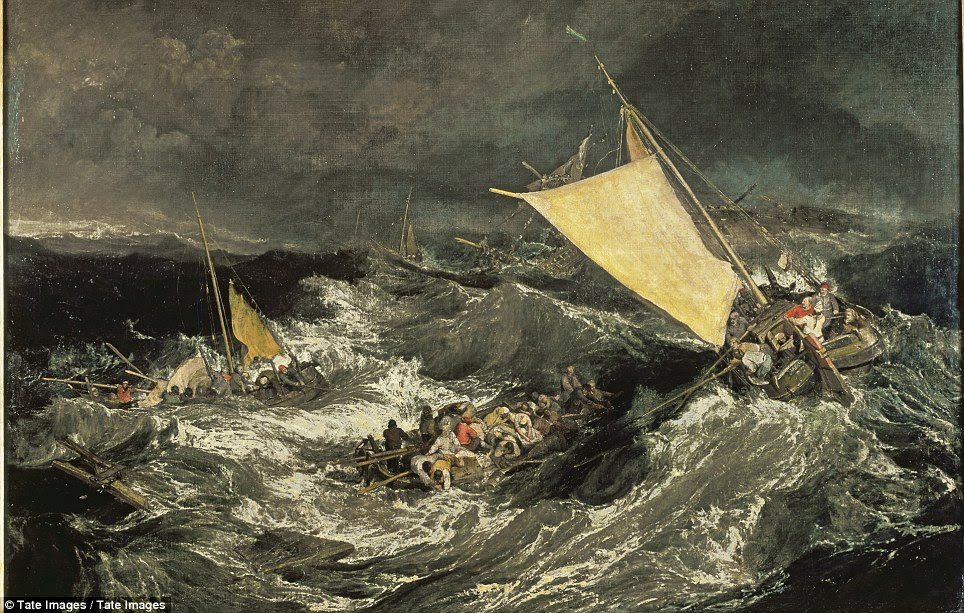 The Shipwreck (1805): The young artist's mastery of drama at sea is evident - chaos, courage and crests of foaming waves

So Britain’s naval forces in Turner’s day were not simply a matter of nostalgic patriotic pride, they were the state-of-the-art and solitary bulwark against invasion and the destruction of the state itself.

Go down to the South Coast, and look out, as Turner did, and you might imagine French or Dutch invaders appearing out of the mist.
When he paints the cliffs and shorelines of England, he is painting the front line.

By the time Turner was painting his great nautical masterpieces for public display at the Royal Academy, however, the Royal Navy in its finest years, was turning the tide.
The first-rate men-of-war of Nelson’s Navy were awesome constructions, vast and complicated.

Turner often portrays them from the waterline up, like floating tower blocks, or airy castles.
He paints from perspectives that make you feel dizzy and over-awed; and that’s part of the point.
He took great pains to be accurate, going to the River Medway to draw warships close-up.

The rigging, the planking and every detail had to be right.
In the Navy-obsessed London of the early 1800s, mistakes would have been quickly spotted and ridiculed. 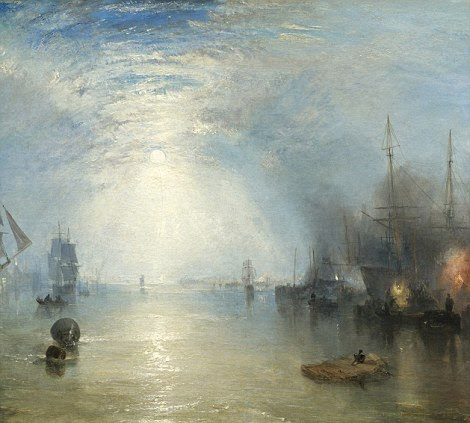 Keelmen Heaving In Coal by Moonlight (1835) : Has hard work ever been so romantic? 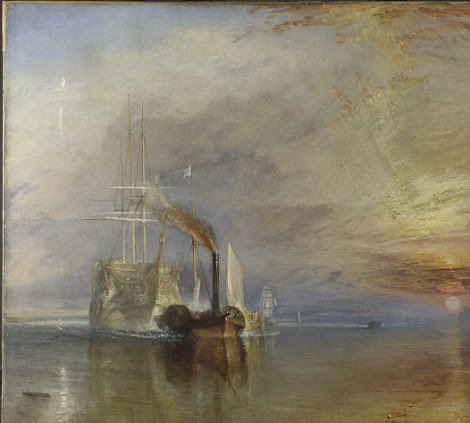 The Fighting Temeraire (1838): Showing the sunset of ghostly sail and the onset of brash steam

Although he was a painter of many moods and subjects — English landscape and townscape, as well as scenes in France, Switzerland and Italy — for Turner, Britain was her coastline.
There has never been a greater nautical or maritime painter, and there probably never will be.

This did mean, of course, charting the triumphs of the Navy. His only Royal commission, The Battle of Trafalgar, celebrating Nelson’s 1805 victory over the combined fleets of France and Spain, is the jaw- dropping, stand-out masterpiece of this exhibition.

Here, you can stand close to the vast picture, so that you almost feel as if you are drowning in the bloody water, as you look up at the enormous ships.
It’s an astonishing achievement.

There had been a long tradition of painting sea-battles of course, and the Dutch painters were the masters of it.
But here the land-locked viewer is drawn not simply into the spectacle, but into the terrifying, exhilarating experience of the fight.
This was the closest you could get in the early 19th century to an immersive, 3D wraparound sound experience.

And it still beats anything in the cinema hands down. 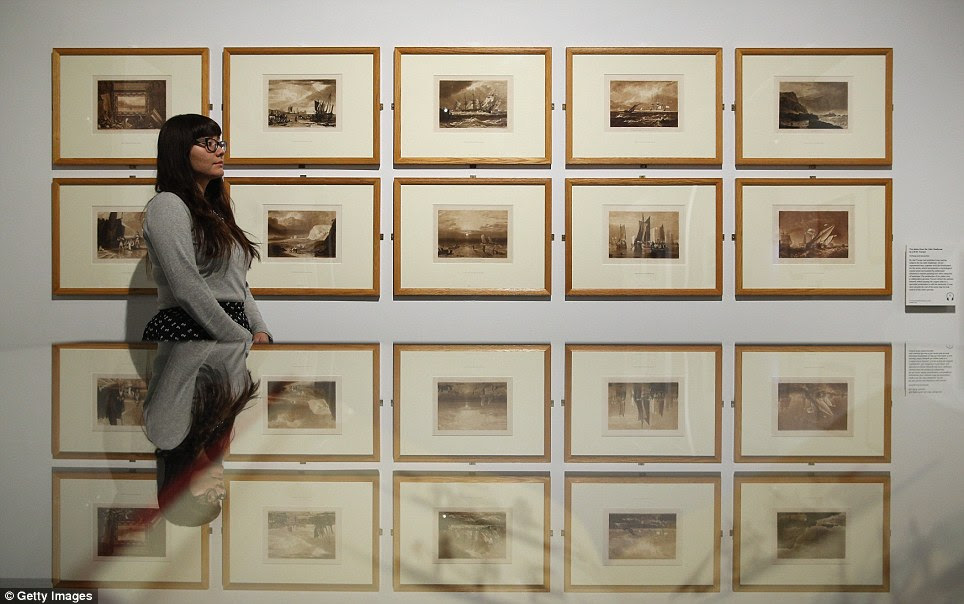 A woman views 10 plates from the 'Liber Studiorum' by J.M.W. Turner at the exhibition

The great age of the ‘wooden walls of England’ driven by sail didn’t last long, and Turner was still around to lament its ending in his most-loved painting of all, The Fighting Temeraire, Tugged To Her Last Berth To Be Broken Up, painted in 1838.

As an angry sun sets, the old warship, which had fought at Trafalgar, is dragged by a steam tug, representing the new age, to be broken to pieces.

The old ship has a personality — grand, dignified and solemn.
The tugboat has one, too — a bustling, busy little terrier.
Towards the end of his life, the steam age brought Turner new opportunities — the pumping black smoke used to accentuate the mayhem of a snowstorm at sea, for instance.
But he was a painter of the age of sail.

One of the revelations of this show, however, is how much Turner focused on maritime action that had nothing to do with war.
Right at the beginning of his career he is celebrating the bravery of fishermen.
Again and again, he fills the forefront of beach scenes with skate, cod and other fish. Maelstrom: Turner's sketchbooks displaying a study of a shipwreck Holding the exhibition at National Maritime Museum in Greenwich adds to the poignancy of Turner's work, writes Andrew Marr
From the whiting fishing at Margate to the hunt for whales, he gave the fishermen the same attention to detail that he gave the Tars.
For them, too, the great danger was the sea itself — unpredictable, dark and heaving with menace, laced with foam.

Using jagged diagonals which made me feel seasick on a bright Saturday morning, he emphasises the mercurial and slippery dangers of life on the water.
Just getting a passenger ‘packet’ from France to England seems a perilous business; and when a major ship goes down it’s the fishermen, in their tiny wooden boats, who are there to try to save the drowning.

For Turner, the sea is the place where the British work.
There’s a wonderful painting of colliers loading coal by moonlight at Newcastle.
Here it is contrasted with a relaxed, sunlit view of Venice, and the implication is clear: the British strive and struggle; effete foreigners loll about.
For the British, the sea means wealth, food — everything. 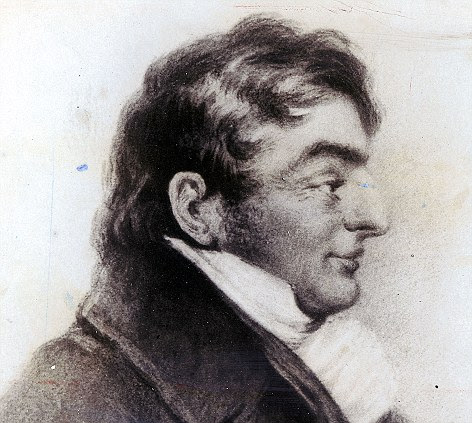 Finally, by the last rooms of this show, the sea has become almost his only subject.
In watercolour, Turner was painting with lightning-fast whips and squiggles of colour; in his notebooks, it’s as if his subject and his material had become the same thing.

In his last great oils, very close to abstract painting (but not abstract), he is being as fluent and risk-taking as Monet was in his final years.
This show allows you to go right up close to iconic paintings such as Snow Storm — Steam-Boat Off A Harbour’s Mouth, which horrified the critics in 1842, one of whom branded it a mess of ‘soapsuds and whitewash’.
The often-told story of Turner having himself lashed to a mast so he could experience such a storm feels all too true. It’s a painting of nature at her most hysterical; the slatherings of paint flying in all directions — up, down, sideways — are the storm.
It’s dizzying. It’s nauseating, but in a good way.

Joseph Mallord William Turner, the son of a humble barber, was always a prickly, publicity-conscious and highly competitive painter.
He sold for big sums, relatively speaking, and attracted rich patrons.
But he never made things easy for himself, and year after year he challenged the public with unfamiliar and radical work, mostly about the sea.
We all have some salt in our blood, but his was saltier.

He ought to have died at sea in the middle of a storm, though, in fact, he expired at his mistress’s house in Chelsea, having apparently declared ‘the sun is God’.
During his lifetime, Turner perplexed and fascinated the public in equal measure, which was just what he liked.
He wanted to be talked about and he wanted to be seen, which is why he spent so much time working on prints which were sold everywhere in Britain.

Well, right now, he is being talked about and seen as never before.

Turner & The Sea is at the National Maritime Museum in Greenwich until April 21, 2014.
See www.rmg.co.uk for details.
Posted by Peio at 1:39 AM