The 'big melt' at the roof of the world

This iceberg, named PII-2012, is beginning to go to pieces off the coast of northwest Greenland after breaking from the Petermann Glacier in mid-July.
(NASA Earth Observator)

Dig into the history of polar exploration and you might wonder what all the fuss is about with this month's news of a record sea-ice melt in the Arctic.

In 1893, the Norwegian explorer Fridtjof Nansen ventured through the "titanic forces" of the ice, amid the "howlings and thunderings" of the floes splitting around his ship, the Fram, but then found himself in a stretch of open water.

The same had happened the day before. And this was within striking distance of the North Pole - Nansen eventually reached 86 degrees North, further than anyone at the time. And no one back then had even thought of global warming.

The break in the ice surrounding Nansen's ship was not just some narrow channel.
It "stretched far away towards the northern horizon".
Naturally, he wanted to head that way.

Faced with the same scene now, the pressing question for us would be whether that open water might stretch all the way to the roof of the world.

The prospect of the Pole (also known as the Geographic North Pole or "True North") not being a permanent icy wilderness but instead a sea exposed in summer has been brought significantly closer by the size of this year's melt - and it would mark a monumental change.

But Nansen had a different question in mind.
"Could it be land?" he wondered.
Even then, a little over a century ago, it was still conceivable that some mythical polar continent was waiting to be discovered. Instead, there was no land; only more ice.

It's easy to forget how recently the Arctic has been explored and how recently scientists have tried to comprehend it.
The Pole was only reached in 1926 when that other Norwegian hero, Roald Amundsen, flew an airship there from the outpost of Ny Alesund on Svalbard, which I visited earlier this month.
An earlier claim by the American explorer Robert Peary is widely discounted. 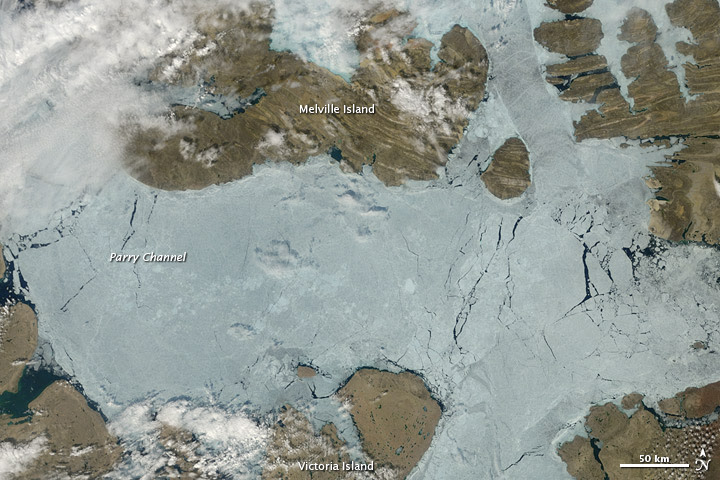 Ice retreated rapidly in the Parry Channel—part of the famous and elusive Northwest Passage
acquired July 17, 2012 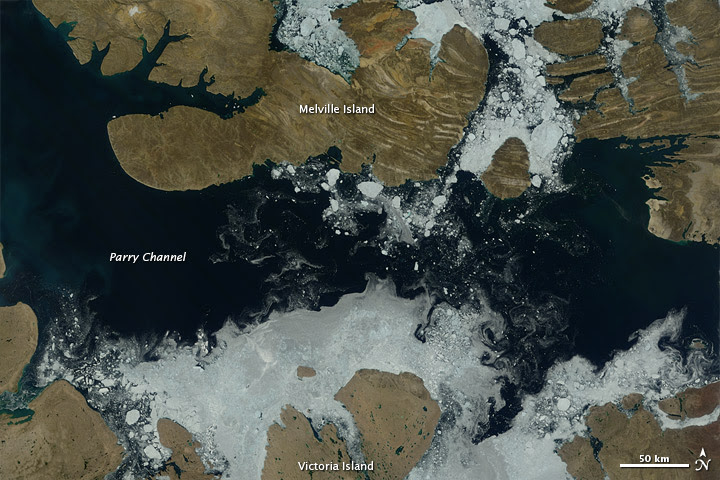 The reality of the Arctic is that the ice is not consistent.
Nansen noticed it heaving with the tides.
Atlases convey a solid sheet of unbroken white but this frozen ocean is constantly shifting, breaking apart, reforming, its condition varying massively year by year.

And the total dark of the polar winter guarantees that much of the sea will freeze whatever happens.
That is sometimes forgotten in all the talk of a record melt.
The question is the fate of the ice in summertime: how rapidly it melts and how extensively.

Gaps in the ice are not significant, nor are very short bursts of melting.
They did not help the generations of explorers who for several centuries tried and failed to sail through the Northwest Passage, a sea route linking the Atlantic to the Pacific through the Canadian arctic.

Even in 2007, when the previous record for melting was set, and satellite pictures showed the passage to be entirely clear of ice, there was only a short period of open water.

When I sailed through the passage on a Canadian icebreaker, the Amundsen, in October that year, we encountered huge floes of thick ice.

The warming had indeed achieved massive melting.
But it had also dislodged vast chunks of ice from around the Pole and they had drifted south into our path.
The clanging of metal on ice resounded through the hull.
The Arctic is not straightforward.

What matters is the overall pattern of freezing and melting, and how that is changing. 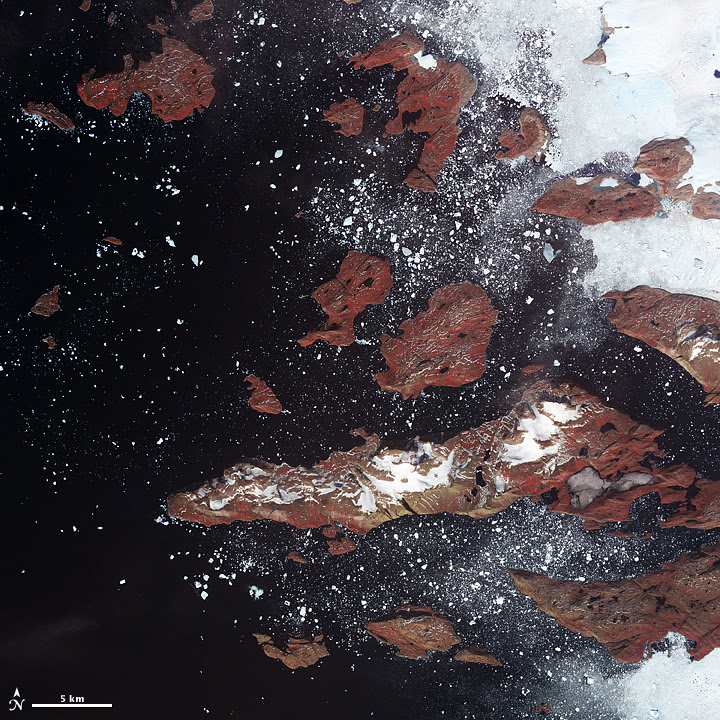 In southern Greenland, back in July 2004, a local man - Ferdinand Egede - dug into the soft earth of a field to show me something he'd never expected to see in his lifetime: potatoes.

They were creamy-white and unblemished, the fruit of a warming Arctic.
Now the newspapers say Greenlanders are even growing strawberries.

In Alaska, in September 2008, the US Coast Guard had just started operations in the Arctic and we joined a C-130 patrol flight to Barrow.

On board, a rather macho admiral bellowed over the intercom that he didn't care about global warming - but his job was to keep watch over the waters around the US and there was now a lot of water where there used to be ice.

None of this means the ice will vanish overnight. Earlier this month, at Ny Alesund, I went aboard the Norwegian Polar Institute's research vessel, the Lance.

It had been investigating the area between Svalbard and Greenland, known as the Fram Strait, named after Nansen's ship.
The strait is the exit route from the Arctic Ocean, a current carrying the floes south into the Atlantic.
The scientists were stunned by the overall melt across the region but much of their time had been spent surrounded by ice.

So is it scaremongering to report on this new record?
Several people have suggested I should mention how the sea ice around Antarctica has expanded this year.
It has, but Antarctica is a continent isolated by an ocean with its own unique and incredibly cold weather.

The Arctic is an ocean surrounded by land where even small rises in temperature can cross the threshold between freezing and thawing so it's far more responsive to change.

Others say I'm underplaying the risks, that the record set this summer is tantamount to a planetary meltdown, an emergency. 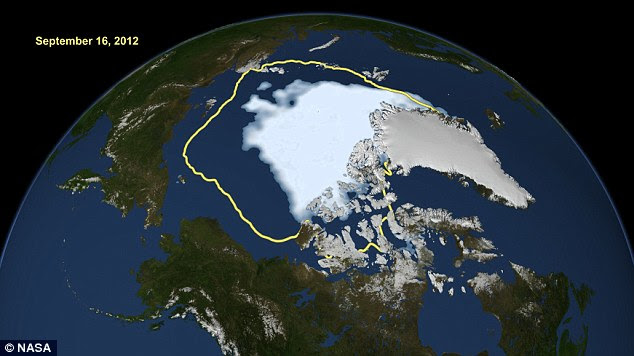 New images Nasa show reveal the full extent of Arctic ice shrinkage, showing a new record low compared to the average minimum extent over the past 30 years (in yellow).

I think we should be guided by the hard facts of observation.
We know very reliably that the extent of melting has increased massively not just this year but also that it is part of a trend of decline in the sea ice over the past three decades.

This year's melt has left the Arctic with half the ice it has had on average in Septembers of the past 30 years.
By a rough reckoning, that difference amounts to a dozen United Kingdoms.

We also know there is good evidence that the remaining ice is getting thinner and therefore weaker.
But we do not know when the day will come when a ship might sail across the top of the world without bumping into any ice at all.
We are heading that way, and faster than expected; a profoundly important prospect - but we cannot be sure if it will be as soon as this decade or later.

Nansen wrote of "moonlit vapour rising from open water".
Satellite pictures could show him the vast tracts of ocean where the floes have disappeared.
There was too much ice for him to reach the Pole.
He'd have a far better chance now.