Detail of a new & correct chart of all the known world laid down according to Mercator's projection, exhibiting all the late discoveries & improvements: the whole being collected from the most authentic journals, charts, &c, by Emanuel Bowen. [1760]

The U.S. maritime boundary agency's reported decision to go with the "Sea of Japan" name for the waters between South Korea and Japan has made Seoul unhappy.

South Korea, which uses the name "
East Sea" for the body of the water between the Korean Peninsula and Japan, lodged an informal protest against the U.S. agency's action, Yonhap News Agency reported Monday, quoting a diplomatic source.

The name has been an issue between South Korea and Japan for decades, and the protest is over the U.S. agency's reported notification recently to the International Hydrographic Organization, favoring the "Sea of Japan" name, Yonhap said.


Seoul's claim is that the name "Sea of Japan" was used during Japan's 1910-45 colonial rule of the Korean Peninsula, a bitter historical chapter for the Koreans.

Since 1992 when the East Sea name was chosen, South Korea has been urging the global community to simultaneously use both names, the report said. 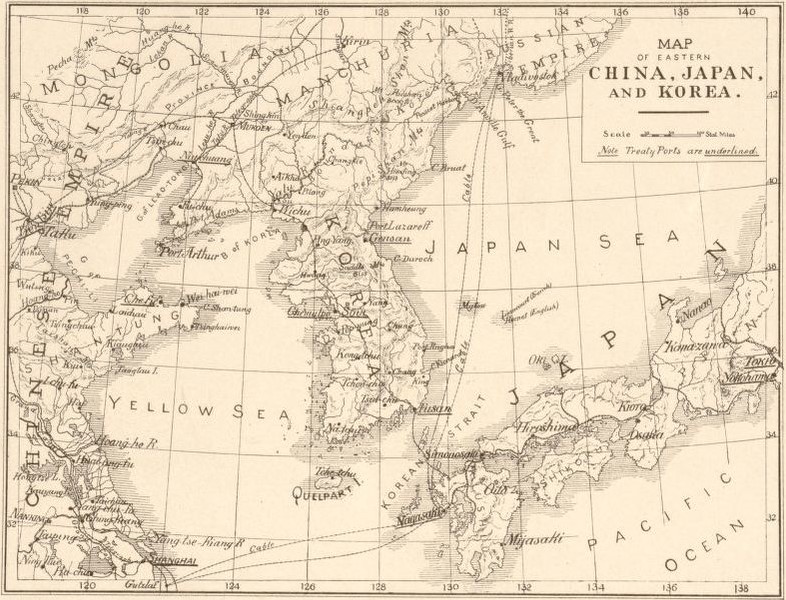 This 1880 map shows a once unified Korea.
While the map was produced before the peninsula would become two separate nations, it does include an indication of the now well-known 38th parallel and Sea of Japan.
see LOC

The sources told Yonhap the U.S. government, noting Seoul's displeasure, has said the name issue was not Washington's official stance.

South Korea and Japan also are involved in a dispute over Japan's claim to
two islets in the sea. Last week, four Japanese lawmakers from the opposition party were not allowed by the South Korean immigration to travel to an island near the islets.
Links :