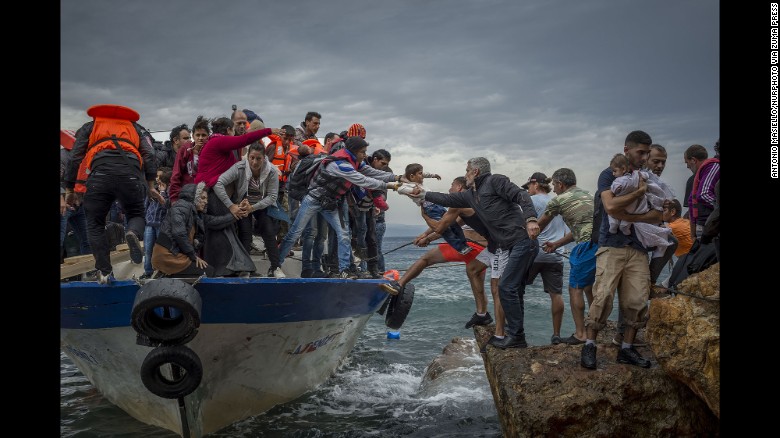 From CNN by Laura Smith-Spark

This year has become the deadliest for migrants crossing the Mediterranean bound for Europe, the UN refugee agency said Wednesday, with those seeking to make the journey from Libya at greatest risk.
"We can now confirm that at least 3,800 people have died, making 2016 the deadliest ever," William Spindler, a spokesman for the UN High Commissioner for Refugees, wrote on Twitter. 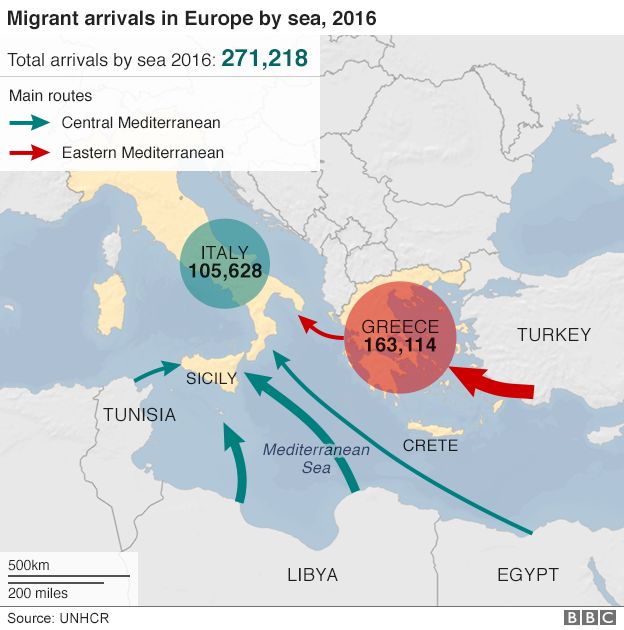 According to UN Radio, 3,771 lives were lost during 2015, the previous highest number.
"This is the worst we have seen," Spindler told journalists at a briefing Tuesday in Geneva, Switzerland, as the grim record for 2016 loomed. 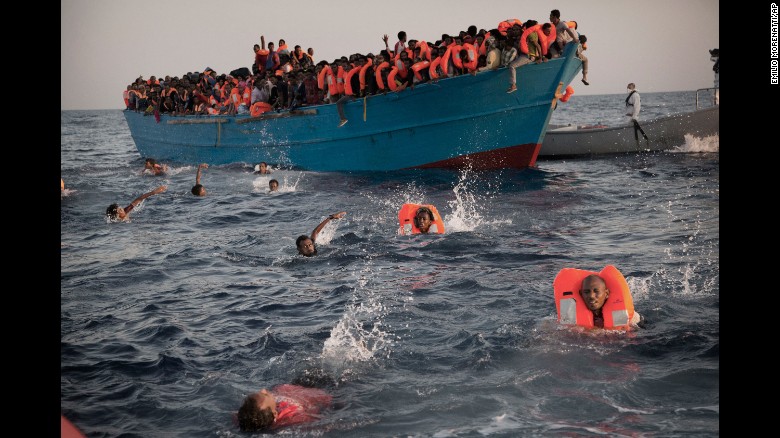 Migrants, most of them from Eritrea, jump into the Mediterranean from a crowded wooden boat during a rescue operation about 13 miles north of Sabratha, Libya, on Monday, August 29

"The high loss of life comes despite a large overall fall this year in the number of people seeking to cross the Mediterranean to Europe."
He said at least 1.02 million made the crossing in 2015, while 327,800 have so far this year.
"From one death for every 269 arrivals last year, in 2016 the likelihood of dying has spiraled to one in 88," Spindler said.
On what's known as the Central Mediterranean route between Libya and Italy, "the likelihood of dying is even higher, at one death for every 47 arrivals," he said. 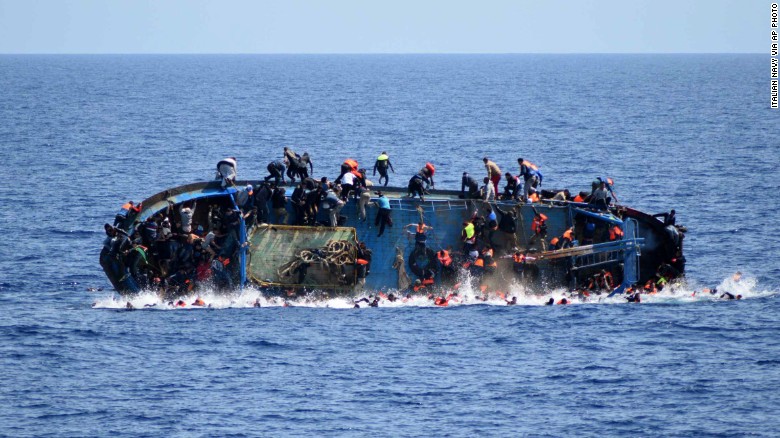 A ship crowed with migrants flips onto its side Wednesday, May 25, as an Italian navy ship approaches oof the cast of Libya. Passengers had rushed to the port side, as shift in weight that proved too much. Five people died and more than 500 were rescued

Libya is a popular jumping-off point for migrants seeking to reach Europe from North Africa. Smuggling networks are well established there, and the lack of an effective central government makes the job of traffickers easier.
But the crossing can be treacherous, with too many migrants -- some fleeing war or persecution, others seeking a better life -- crammed into what are often barely seaworthy boats. 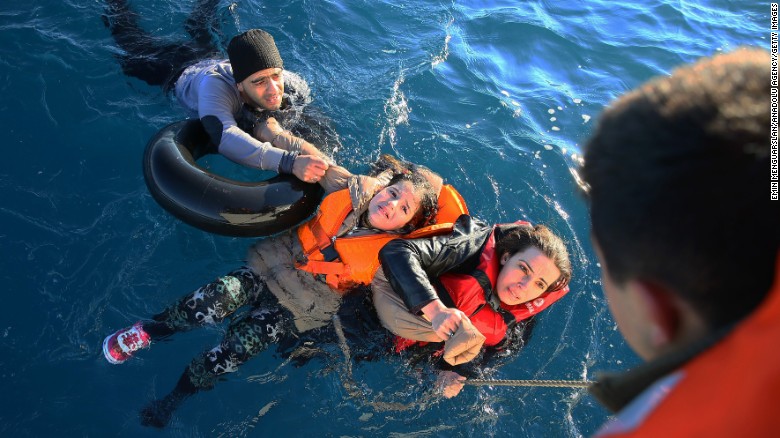 The Turkish coast guard helps refugees near Aydin, Turkey, after their boat topped en route to Greece on Friday January 22

The UN refugee agency considers the route "extremely dangerous due to the open sea, strong currents and grim weather," UN Radio said.
This year, about half those attempting the journey have taken the Central Mediterranean route, Spindler said.
He also attributed the higher death toll to people smugglers "using lower-quality vessels -- flimsy inflatable rafts that often do not last the journey."
Bad weather during the crossings may also have played a role, and he said smugglers have changed tactics so "there have been mass embarkations of thousands of people at a time," making rescuers' work more difficult.
An agreement in March between the European Union and Turkey resulted in a big reduction in the numbers setting off from Turkey for Greece, a much shorter and less treacherous route, Spindler told UN Radio.