One Year on Earth – Seen From 1 Million Miles
On July 20, 2015, NASA released to the world the first image of the sunlit side of Earth captured by the space agency's EPIC camera on NOAA's DSCOVR satellite.
The camera has now recorded a full year of life on Earth from its orbit at Lagrange point 1, approximately 1 million miles from Earth, where it is balanced between the gravity of our home planet and the sun.

From Seeker by Patrick J Kiger

Over the last three decades, global cloud patterns have changed, and mid-latitude storm tracks--the paths that cyclones travel in the Northern and Southern hemispheres--have been drifting toward our planet's poles, according to a new study published in Nature.

The changes, documented by researchers from Lawrence Livermore National Laboratory, Scripps Institution of Oceanography, University of California, Riverside and Colorado State University match those predicted by climate model simulations, and they've probably had added to global warming that is causing climate change.

Joel Norris, a climate researcher at Scripps, called the study "the first credible demonstration that cloud changes we expect from climate models and theory are currently happening."

Those findings are good news for scientists who for years have struggled to model the role of clouds in climate change.
But as Veerabhadran Ramanathan of Scripps, who was not involved in the study, told Science magazine, that's not such good news for the planet and its inhabitants.
The movement of clouds toward the polls is "problematic for our future" and makes efforts to slow warming more urgent, he said.

Clouds play an important role in climate change models because they both reflect solar radiation back into space (the albedo effect) and restrict the escape of heat into space.
But calculating how those processes balance one another has been difficult, in part because clouds themselves are influenced by climate change, even as they influence it. 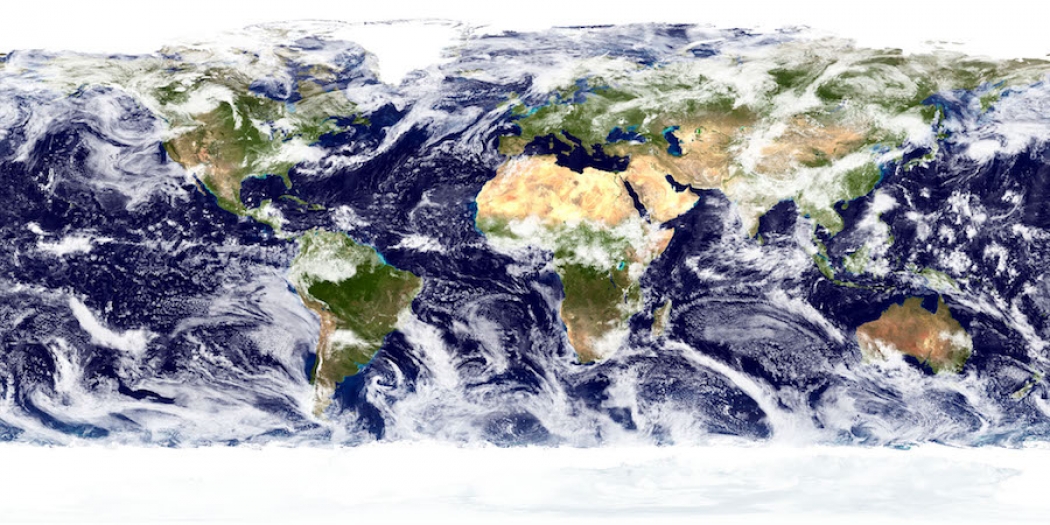 Another problem, according to the Science article, is that researchers have been compelled to use data from satellites that were not set up to look at clouds.
Geostationary satellites, for example, look directly down at the Earth's surface, rather than using the slanted view that would make it easier to detect clouds.
To overcome those problems, Norris and his colleagues performed corrections that accounted for those imperfections in cloud data, and then studied the results for clear-term patterns.

In addition to the drift in storm tracks, the scientists also confirmed that subtropical dry regions are expanding, and that the tops of the tallest clouds are getting taller.
All of these changes can worsen global warming.