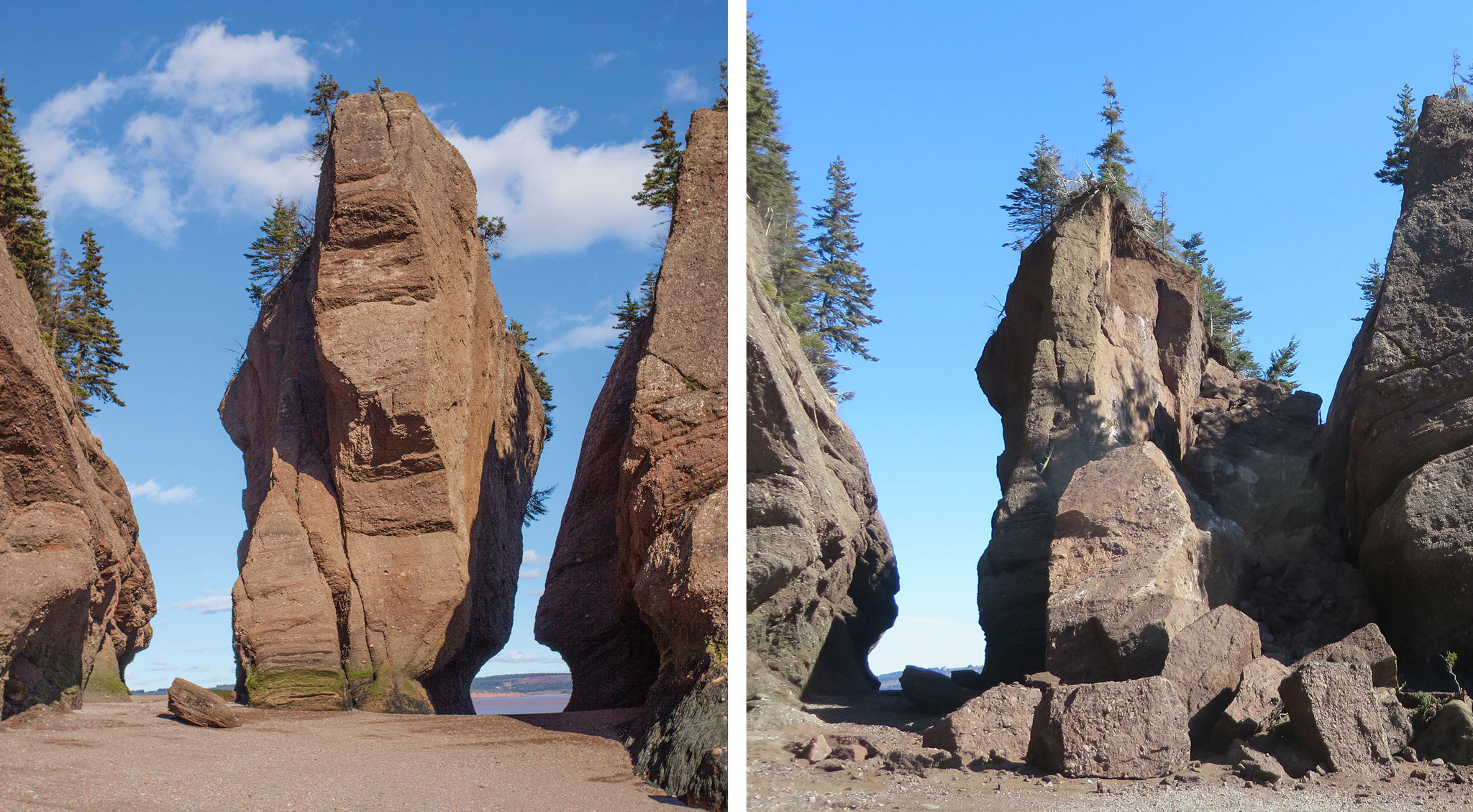 About half of Elephant Rock, a natural stone formation in New Brunswick, Canada, crumbled on Monday.
The tides that helped carve it out of the shoreline also played a role in its destruction.
left : October 29, 2013 / right : March 14, 2016
Kevin Snair/Creative Imagery

From NYTimes by Ian Austen

Viewed at just the right angle, and maybe with a bit of squinting — and perhaps a little imagination — the natural stone formation resembled a charging elephant, about 100 feet high and up to eight feet wide.

Elephant Rock near Hopewell Cape, New Brunswick, was so well known and frequently photographed that it appeared on the provincial health care identification card.
But like the Rockies and Gibraltar — as the Gershwins somewhat simplistically put it — it’s only made of clay, and on Monday about half of it collapsed.
The event, as far as anyone knows, went unwitnessed. 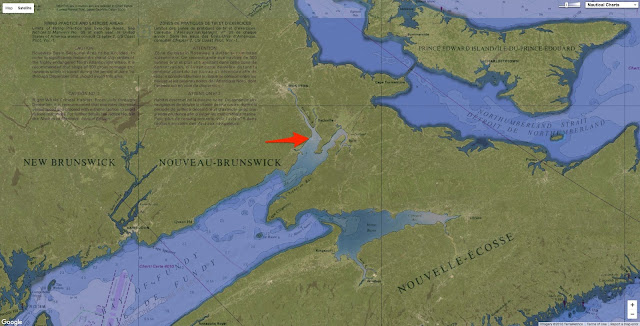 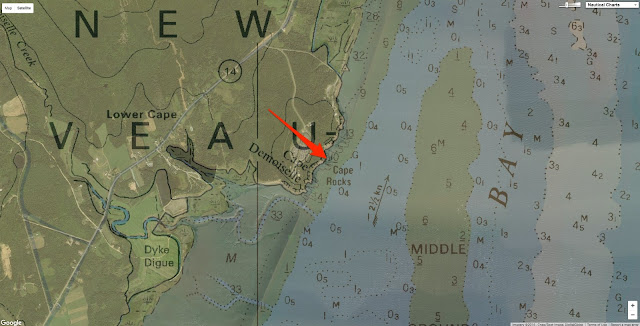 zoom on Hopewell Rocks with the GeoGarage platform (CHS chart)

Elephant Rock, or at least what remains of it, is one of the 17 Hopewell Rocks in the Bay of Fundy that become whimsical formations at low tide.
Yet despite its importance as a tourist attraction and a provincial symbol, some in New Brunswick see the demise of the elephant as inevitable as the melting of an ice palace after a winter carnival.
“To some degree, it’s the end of an era,” said Noël Hamann, the property manager of the provincial park that includes the Hopewell Rocks.
“This particular rock was iconic because it was on the health card, so everyone in New Brunswick feels they have ownership of it,” he said.
“But the rocks are always changing.”
While the most dramatic, Monday’s collapse was not the first recent act of natural destruction visited upon Elephant Rock.
In 1997, a protrusion that Mr. Hamann said resembled an elephant’s trunk snapped off.
Like its neighbors, Elephant Rock is a mixture of sandstone and a soft rock known as Hopewell Conglomerate. This photo shows how drastic the difference is between high and low tide of the Bay of Fundy at the Hopewell Rocks.
(Kevin Snair)

The tides, which rise and fall 36 to 46 feet, helped create the rocks by carving them out of the shoreline and also play a role in their destruction.

Bay of Fundy tides : the highest tides in the world

Interactive tides animation (click or tap on a photo below, then drag up & down)
Remember, the real Bay of Fundy tides take about 6 hours to flow from low tide to high tide, so plan to stay long enough to witness this amazing phenomenon.

But Mr. Hamann said that major springtime collapses were the result of the same freeze-thaw cycle that creates potholes.
And, he added, all of the formations are ultimately doomed.
“People get attached, and they don’t like change,” Mr. Hamann said. “But the tide waits for no man or rock.”