Ocean medicine hunt: A Wild West beneath the waves?


Scientists are scouring the ocean floor looking for species that could unlock a new generation of life-saving drugs.
It is believed that unusual compounds and gene sequences in some marine creatures and plants could lead to anything from much-needed new antibiotics to cancer drugs.

In the crystal clear waters off the west coast of Scotland a hunt is under way.
Divers glide through forests of brown seaweed, passing sea urchins and shark eggs.
It's an unlikely spot to be at the forefront of cutting-edge medical research, but scientists say the oceans could hold the key to finding the next generation of life-saving drugs.
The divers finally emerge and bring their haul up on to the boat.
They've carefully selected a few starfish, which thrive in the waters around Oban.
Some species contain anti-inflammatory chemicals that could be developed for new treatments for asthma and arthritis.
But they're just one of the organisms being investigated for their medical potential.

Scientists say unusual compounds and gene sequences in some marine creatures and plants could lead to anything from much-needed new antibiotics to cancer drugs.

Dr Andrew Mogg is a scientific diver at the Scottish Association for Marine Science (Sams). The organisation is part of a consortium called Seabiotech that's received more than £6.2m from the European Union to scour the depths.
He says: "The reason we look at these novel bioactive compounds, especially from the sea, is because nature is a fantastic designer - it's constantly making new things and testing them, it's been doing it for eons." 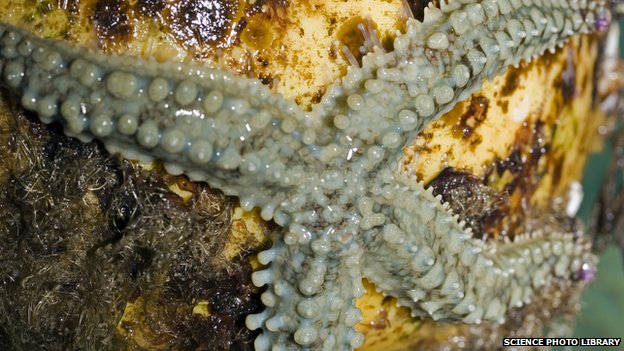 The oceans cover more than two thirds of Earth's surface, yet we've only dipped our toes in the water when it comes to our understanding of this vast expanse - just 5% has so far been explored.

And it's this untapped potential that is sparking a medical gold rush.
Investment in this area is growing steadily.
In the next phase of the European Union's research budget, 145m euros is heading for the seas.

Dr John Day, a marine scientist from Sams, says much of what is "findable" on land has already been found.
But he adds: "Historically (the ocean) isn't a place that people have looked, so they haven't exploited it.
"In addition there's a whole raft of new technologies allowing one to screen more methodically and more scientifically and produce more useful data that can point you towards a final product.
"And of course a political will - we're looking to how can we exploit other parts of the planet to produce new industries and technologies."

But a lack of clarity over legislation could prove a setback for this burgeoning area of research.
Within 200 nautical miles of a country's coastline is the Economic Exclusion Zone (EEZ). In these territorial waters, there are clearly defined laws about how the sea can be exploited.
And if a country has signed up to the Nagoya Protocol, an update to the UN's Convention on Biological Diversity, they have an additional responsibility to ensure that any exploitation in their waters is fair and sustainable.
But beyond that boundary are the high seas: the stretch of international ocean that nobody owns. And this area is governed by the United Nations Convention on the Law of the Sea.
This regulates activities such as mineral exploitation, but it doesn't cover so-called ocean bioprospecting. 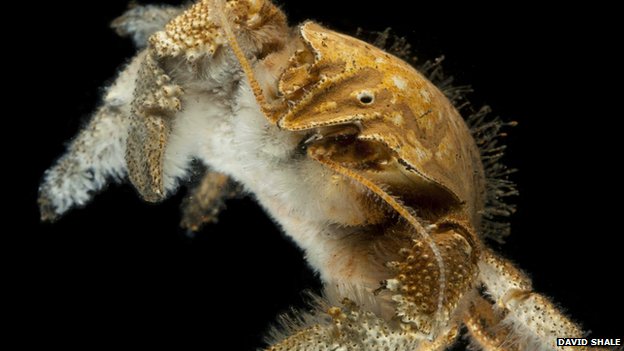 The deep sea is especially rich in life - this crab, nicknamed 'The Hoff', was found more than 2,000m down

Dr Day explains: "In open waters, this is a very grey and murky area as far as I'm concerned.
"At present, as far as I'm aware, there are very few laws that would cover exploitation of that material.
"The Law of the Sea focuses on what is on the ocean floor or beneath it, and it also specifies non-mobile organisms - and there doesn't seem to be definitive legislation with regards to what is in the water column."

This is a concern, because this Wild West of the seas is home to an extraordinary range of creatures and plants.
Simply to survive, they have to adapt to extremes of temperature, pressure and darkness - and it's this hardiness that makes them so attractive to scientists. 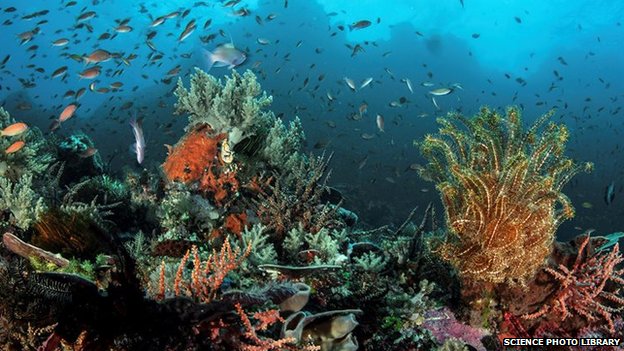 Without clear legislation fragile ecosystems could be damaged

The worry is that, without regulation, fragile habitats could be damaged beyond repair.

Environmental damage would be limited, says the co-director of the Seabiotech consortium Prof Linda Harvey from the University of Strathclyde, because most research involves collecting relatively small samples to analyse back at the lab.
But she believes the dearth of clear rules could cause other problems.
"It's particularly important for companies to have legal clarity when they're working in open waters because they're making a huge investment," she explains.
"It will cost money to develop the drug and put it through clinical trials and if they don't have legal certainty they will potentially lose the right to produce that drug and it's not acceptable to them.
"And in my opinion that would put companies off investing in taking samples from the deep-sea environment."

In Belgium, scientists, UN representatives and conservationists have been meeting to discuss the problem.

Prof Marcel Jaspars, from the University of Aberdeen, runs Pharmasea - another EU-funded consortium carrying out research in this area.
He says that a new mechanism is needed to make sure any profits from the deep sea are shared.
"If you were to discover anything, any royalties would lie in the future," he explains. "The question is how to police that 20 years hence?
"We need to know who is out there, and how they will list the fact that they have collected something. Then you will need to track where it goes next - the progress of a project from the initial collector to the person who uses it in a lab to the drug - can involve many changes of hands."

He says profits could go into a central pot - perhaps administered by the UN - either in the form of a fee paid for a licence to carry out the exploration or as payments once the development of the drug begins.
The money could then be ploughed back into ocean research and monitoring. 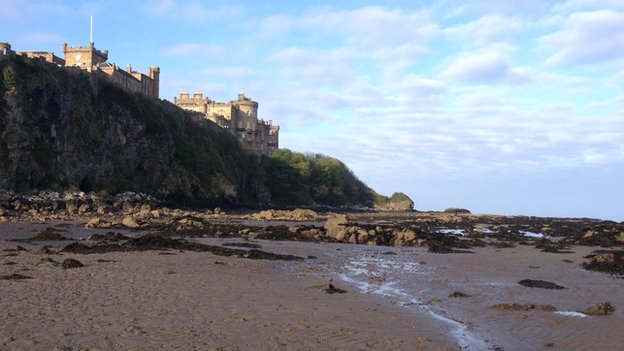 For now, though, back on the shores of Scotland, the work continues.

In a stunning spot of coastline, overlooked by Culzean Castle, Scottish firm Marine Biopolymers Ltd is taking advantage of the low tide to harvest piles of brown, slimy seaweed.
The company's director David Mackie says: "We're extracting chemicals from the inside of it - it's a natural polymer called alginate.
"The best medical use is wound dressing. Alginate is well established as a very effective wound dressing for certain types of wounds."

He hopes to soon open a plant so the process can be repeated on an industrial scale.
But it's early days.
Bringing new drugs to market can take 15 years and cost more than a billion pounds.
This though would be a drop in the ocean, if this new frontier in medical research lives up to its promise.