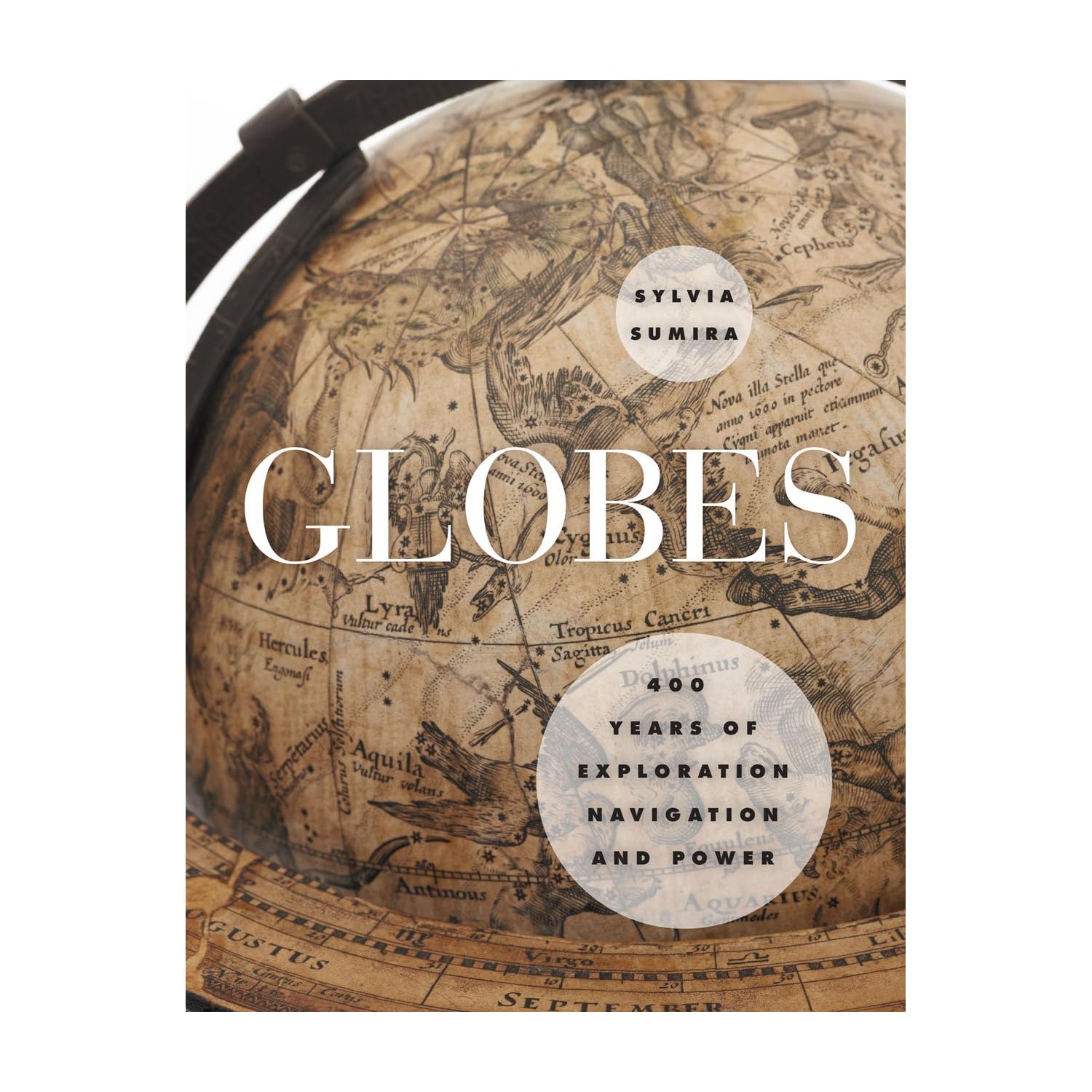 To look at an ancient globe is to look at the Earth as it was seen by the people of another time.
It reflects their understanding of the continents and seas, and it captures political divisions that have long since shifted. This "dissected globe" dates to around 1866.
At the time such items were a popular toy for children, which may explain why so few survive with all of their pieces intact.

Even the typography and colors of a globe are indicative of the time and place of its origin, says Sylvia Sumira, a London-based conservator of ancient globes. This is the oldest surviving terrestrial globe made in China.
It dates to 1623.
Unlike other Chinese maps of the time, which showed China at the center and left the rest of the world blank, this globe shows the world as it was understood in Europe at the time.

Often, it’s a thing of remarkable craftsmanship and beauty.
“If you go into a room and there’s a globe, your attention is immediately drawn to it,” Sumira said.
In her lavishly illustrated new book, Globes: 400 years of exploration, navigation, and power, Sumira traces the history and making of globes and showcases dozens of fine examples drawn largely from the collection of the British Library. These gores, the printed sheets that cover a globe, date to around 1700.
They were published in an atlas by Vincenzo Coronelli, a enterprising Venetian cartographer who realized that books were easier to transport -- and therefore easer to sell -- than globes.

Contrary to the popular misconception that nobody knew the Earth was round before Columbus, the ancient Greeks described the making of globes (in verse, no less) in the third century B.C.
The oldest surviving globe dates back to 150 A.D.
But they really took off between about 1500 and 1900, and it’s this period that’s the focus of Globes. This celestial globe was made in the early 1600s by famed Dutch cartographer Willem Blaeu.

There are records of globes being brought on ships during the age of exploration, but they probably weren’t used for navigation, Sumira says.
For one thing, any globe that’s small enough to be brought onboard would have to be scaled down to the point of being useless for charting a course on the high seas. This pocket globe is just three inches in diameter.
It was made in 1793 by Scotsman John Miller.
British Library

“They’re more a symbol of navigation than a tool for navigation,” she said.
In the book, she writes that in the 17th century, globes were sold as “handsome objects of status and prestige to a comfortable merchant class.” This 1772 celestial globe spurns the traditional mythical beasts to pay homage to the hottest tech trends.
Here you can see call outs to the constellations Microscopium and Telescopium.
Not visible in this view: Air Pump.

Not that ancient globes don’t convey some useful information.
Much of it is contained in the horizon ring that surrounds many of them.
Concentric circles printed or engraved on the ring indicate the degrees of the compass, the months of the year, zodiac signs, and sometimes information about winds.
They can be used, for example, to determine the sunrise and sunset on a given day of the year, Sumira says. “Most of the globes were like little calculating machines.” This pocket globe, from around 1715, is less than three inches across.
The inside of the leather case is lined with a celestial map.
The terrestrial globe opens up to reveal a hollow armillary sphere with a ring depicting the zodiac signs and a tiny Sun at its center.

Several globes in the book come in pairs: one terrestrial, one celestial.
“The constellations were very much used for navigational purposes,” Sumira says, so being able to study pairs like this would have been very instructive for mariners in training.
The celestial globes sometimes look like someone let the animals out of the zoo: the stars that make up a constellation are overlaid on the figure that gives it its name — a lion for Leo, a big bear for Ursa Major and so on. This tiny pocket globe made in 1831 is just 1.5 inches in diameter.
Dotted lines trace voyages by Captain Cook and other explorers.

Getting your bearings with the celestial globes is a little tricky.
It helps if you pretend you’re God, looking down at the heavens from on high.
The earth would be a dot inside the center of the globe.
From this view, the constellations are mirror images of how they appear from Earth. Another beautiful pocket globe, this one from 1731.

Among Sumira’s favorites are the pocket globes
“They’re just delightful little things,” she said.
The smallest is just 1.5 inches in diameter.
Many come in a wood or leather case that opens up to reveal a terrestrial globe that can be taken out. The concave surface of the case often contains a matching celestial globe.
Posted by Peio at 1:41 AM