Experts want Mapping the sea floor in search area
Rescuers search for weeks, with the latest technology – but of the lost flight MH370 is no trace.
In some places the forces do not even know the depth of the sea.
Now the area is to be measured.

All data gathered in nearly two months of searching for missing Malaysia Airlines Flight MH370, which disappeared with 239 people on board, will be re-examined by an international panel of experts, officials said Monday.


Teams searching for the missing Malaysia Airlines plane are to deploy a robotic submarine for the first time. Bluefin-21 drone has be sent down to search for wreckage on the sea floor.

Warren Truss, Australia’s deputy prime minister, said the “audit” of collected data, which has yielded no positive results despite crews scouring more than 1.8 million square miles of the Indian Ocean. Officials, who met Monday with senior representatives of the Malaysian and Chinese governments in Canberra, Australia, are shifting efforts to an expanded area of seafloor in a remote part of the Indian Ocean off Western Australia.

"We know very clearly the area of the follow-up search will be even broader, with more difficulties and tougher tasks," Yang Chuantang, China's Transport Minister, said Monday.

Angus Houston, head of the search operation, told reporters in Canberra, according to the Associated Press: “We've got to this stage of the process where it's very sensible to go back and have a look at all of the data that has been gathered, all of the analysis that has been done and make sure there's no flaws in it, the assumptions are right, the analysis is right and the deductions and conclusions are right.”

One of the key elements in the new phase will be a detailed mapping of the ocean floor, which will involve “sonar and other autonomous vehicles, potentially at very great depths.”

“It is likely that the debris of flight MH370 sunk to the bottom of the ocean before we started the search,” Truss said, adding that authorities are now considering equipment that can go deeper than Bluefin-21.

The Ocean Shield vessel has returned to Australia’s Fleet Base West on Monday to refill its supplies and “conduct routine maintenance and software modifications to Phoenix Autonomous Underwater Vehicle ‘Artemis’ Bluefin-21,” following which it will resume its search in the area where the underwater hunt for the missing jetliner will continue," the Joint Agency Coordination Centre said in a statement.

The U.S. Navy will continue supporting the MH370 sub-surface search effort for approximately four more weeks with the help of Bluefin-21 side-scan sonar, at the request of the Australian government. 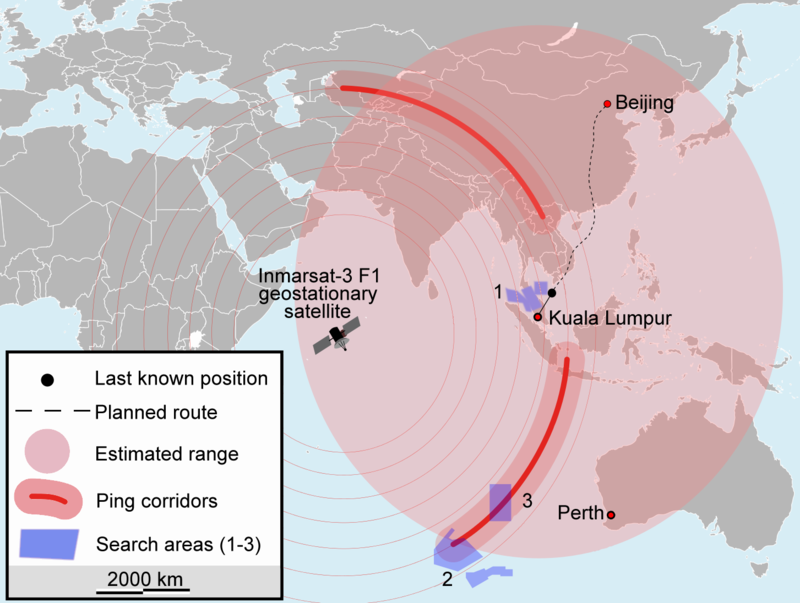 Authorities have so far relied on satellite information and pings in picking their search area for the missing Beijing-bound Boeing 777.
The search for the passenger, which already has engaged dozens of countries and agencies, is expected to become the most expensive search of its kind in aviation history.