The fascinating ancient origins of the World Map

What did people used to think the world looked like?
From the beginning of human history to right before the age of exploration, how were world maps created?
This goes from Anaximander to the Catalan Atlas in 1375.
From LaughingSquid by Lori Dorn
Video producer Jeremy Shuback looks at the ancient origins behind the first world maps, pondering how they were so accurate despite the lack of world travel at the time.

How did they make accurate maps before the Age of Exploration?
It traces maps from the beginning of human history to 1375 with the Catalan Atlas, showing the way the world was seen for each generation, and how the maps continued to improve.

Shuback first looks at the ancient map developed by Anaximander in the early third century.
While rough, the map was astoundingly accurate for someone who didn’t travel very much.
The Greek, Anaximander was the first person to publish a measured detailed description of the layout of the world….
It was believed that an ocean circled the world.
But even this was an incredible accomplishment, roughed out by who knows how many explorers.
In time, others built upon this map.
This includes Marinus of Tyre, who invented the concepts of longitude and latitude, and Ptolemy, who defined both East and North.
A version of these updated maps was used by Christopher Columbus.
Unfortunately, this map miscalculated the size of Earth.
This error led Columbus to the Bahamas rather than India.

Ptolemy did make plenty of mistakes, like miscalculating the size of the globe, something that didn’t bode well years later for Columbus, when he used a variation on Ptolemy’s measurements as his motivation to sail across the ocean, in an effort to reach India. 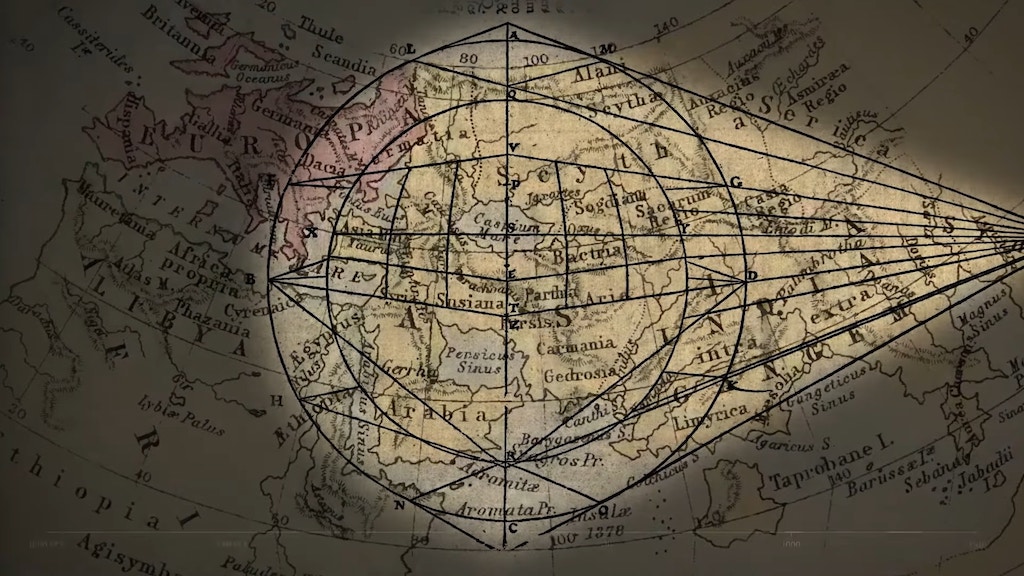 Muhammad al-Idrisi, an 11th Century Muslim cartographer, was also improving upon this map and his version became widely used around Europe until the Catalan Atlas was developed in 1375.
This highly decorative map filled in the gaps between the Anaximander map and the notable improvements made to the original.

In 1375 Abraham Cresques and his son made the Catalan Atlas.
They were commissioned to make a set of nautical charts that would build on everything created so far, and also incorporate new knowledge like working in areas Marco Polo had recently explored.
What makes it particularly notable is it was both accurate for the time, and towards the end of an era when little elements, gorgeous illustrations, were still woven in – like Kubla Kahn, Alexander the Great, the Tower of Babel, Mansa Musa (the Starbucks Mermaid), Noah’s Ark, the Crossing of the Red Sea, and so, so many other flourishes.

The Catalan Atlas - A Medieval Marvel
Links :
Posted by geogarage at 1:56 AM