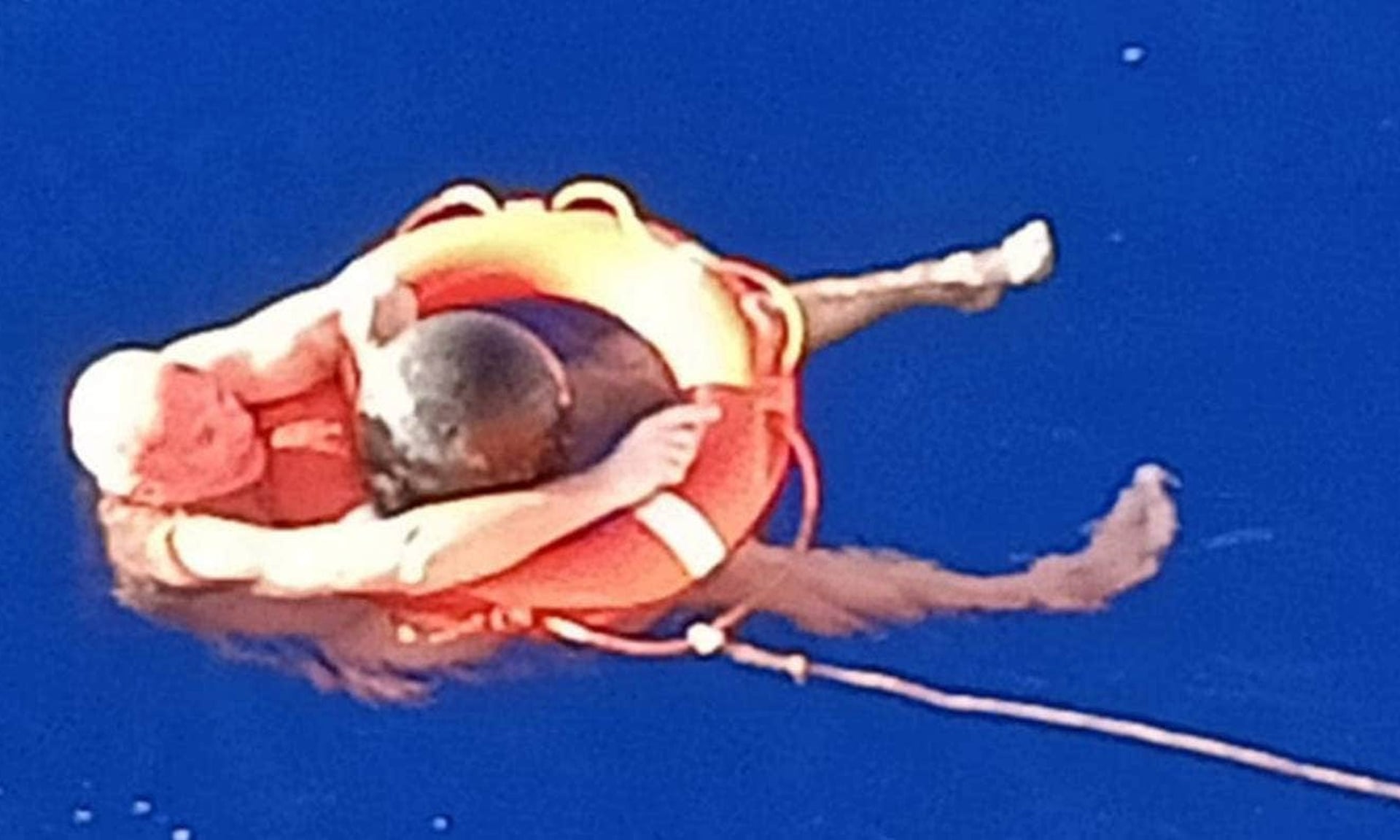 Vidam Perevetilov was rescued 14 hours after falling overboard from the Pitcairn Island Silver Supporter supply ship. He clung to an abandoned fishing buoy to stay afloat.
Photograph: Supplied
From The Guardian by Ben Doherty

A sailor who fell overboard from a supply ship in the Pacific Ocean at 4am spent more than 14 hours clinging to an old fishing buoy before being rescued.

Alone in the middle of the ocean, and without a lifejacket, at dawn he chose to swim towards a black speck on the horizon, a decision that would ultimately save his life.

Vidam Perevertilov, the chief engineer on board the Silver Supporter, was hauled back on deck nearly a full day after falling overboard on 16 February as his freighter made a supply run between New Zealand’s Tauranga port on the country’s North Island and the isolated British territory of Pitcairn.

He later told his son he had been feeling dizzy after finishing a night shift in the engine room, and had walked out on to the deck to recover, before falling.
“He doesn’t remember falling overboard. He may have fainted,” Perevetilov’s son Marat told New Zealand’s Stuff.

Perevetilov remembers gaining consciousness, seeing his ship sailing away into the dark.
The crew did not notice he was missing for six hours. 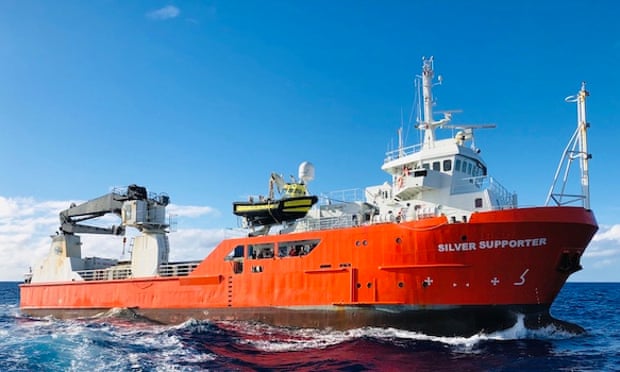 Crew onboard were able to determine Perevertilov had been on board at 4am because he had filed a log report at that time.
At the time he went overboard, the Silver Supporter was about 400 nautical miles south of French Polynesia’s southernmost Austral Islands.

In the middle of the ocean, with his ship out of sight over the horizon, 52-year-old Perevertilov made a decision at dawn that would – ultimately – save his life.

He saw a black speck on the horizon and, unsure what it was, swam towards it.
“His will to survive was strong, but he told me until the sun came up he was struggling to stay afloat,” Marat told Stuff from Lithuania.

The dot on the horizon turned out to be an abandoned fishing buoy.
Perevertilov clung to it until he was found at about 6pm.
His ship was in a set search pattern when a crew member heard a faint voice, and a lookout saw a hand raised from the ocean.
Perevertilov was pulled from the water exhausted but unhurt. Vidam Perevertilov fell overboard about 400 nautical miles south of the Austral Islands.
He was rescued after 14 hours, clinging to an old fishing buoy.
The British high commissioner to New Zealand Laura Clarke, who also serves as the governor of Pitcairn Island, told the New Zealand Herald everyone was “hugely relieved” to hear of the rescue.
“We all feared for the worst, given the sheer scale of the Pacific Ocean, and its strong currents,” she said.
“So the fact that the Silver Supporter found him, and he survived is just amazing: a story of survival that even Captain Bligh … would have applauded.”
William Bligh was cast adrift by mutineers on his ship the Bounty 1789, and successfully navigated more than 6,000km in an open launch to the island of Timor, then called the Dutch East Indies.
The mutineers would become the first inhabitants of Pitcairn Island, and their descendants still live there.
The remote volcanic island remains a British territory.

Perevetilov’s son Marat, told Stuff, his father had left the fishing buoy in the sea, rather than taking it as a souvenir.
“It’s funny. He said he wanted to leave it there, so it could save another person’s life.”

The Guardian : Missing sailors stranded on Pacific island saved by giant SOS in the sand