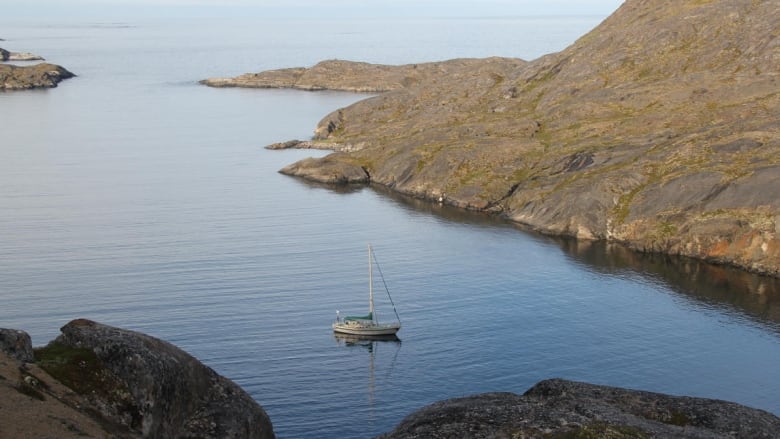 The Kiwi Roa off the coast of Greenland in 2019.
Peter Smith, 72, is sailing this yacht in the Northwest Passage in violation of COVID-19-related orders prohibiting most foreign ships from entering Canadian waters.
(PeterSmith.net.nz)

From CBC by John Last

'I am a yacht, not a bloody cruise ship,' says Peter Smith, who's adamant he will not be turned around

According to the Canadian government, he has no business being there.

But 72-year-old Peter Smith is sailing the Northwest Passage anyway, in violation of COVID-19-related orders prohibiting most foreign yachts from entering Canadian waters.

Since June 1, Transport Canada has prohibited pleasure craft from operating in Arctic waters "to better protect Arctic communities" from the spread of COVID-19.

But according to a Facebook post on Aug. 20, Bobby Klengenberg, a local observer with the Inuit Marine Monitoring Program, spotted Smith's custom yacht, the Kiwi Roa, off the coast of Cambridge Bay, Nunavut.

Transport Canada confirmed the sighting in an email to CBC News, and said the vessel was told "to depart Canadian waters and not make landfall."

A spokesperson said the Canadian Coast Guard will "monitor the vessel's transit out of the region." If Smith is indeed found to have broken the law, they wrote, the agency "will not hesitate to take appropriate enforcement action," including penalties of up to $5,000.

CBC News contacted Cambridge Bay's mayor, its chief administrative officer and representatives of the local Hunters and Trappers Organization. None responded to requests for comment.

Smith is an accomplished boat builder and ocean racer from New Zealand. He has been living aboard the custom-built Kiwi Roa, described on his website as "the ultimate ocean-going home," for 26 years.

Reached by email, Smith said the story is one of bureaucracy "out of control and gone mad."

"I suspect it is also motivated toward gaining political points in support of Canada's claim to have control of the [Northwest Passage], the local Inuit and innocent yachtsman just being pawns in the game," he wrote. 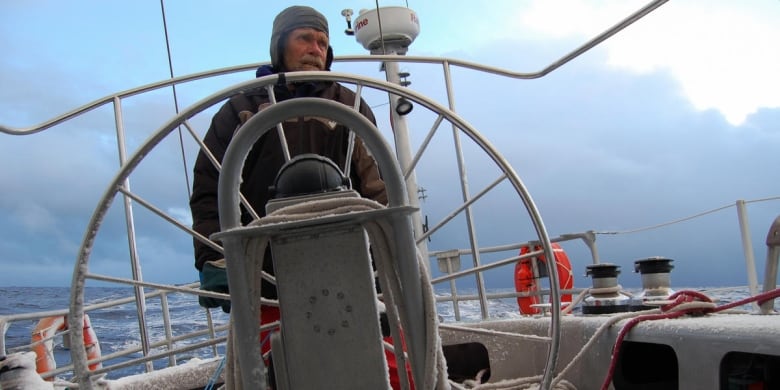 Smith aboard the Kiwi Roa. Reached by email, Smith said completing a transit of the Northwest Passage is 'unfinished business' after he failed a similar attempt in 2018. (PeterSmith.net.nz)

In a second email, Smith said the wording of the original Transport Canada ban was "ambiguous."

The text of the ban does allow for foreign vessels to exercise the right of "innocent passage" in Canadian waters, which Smith says he is now relying on "as a last resort."

But Canada's official position is that the Northwest Passage counts as "internal waters," meaning that right does not apply. That position is contested by the United States and several other countries.

"Canada has no legal right to apply Canadian law to a foreigner in [an] international waterway," Smith wrote.
"Half the world does not recognize Canada's claims and this needs to be sorted out."

Smith said he was initially communicating with Transport Canada after they first gave notice of the ban on May 14.

He said it wasn't until six days after he left Nome, Alaska, on July 27 that they notified him the trip would not be allowed.

In response, he stopped reporting his location to authorities.

"I had tried to comply with Canadian requirements as a mark of respect to Canada," he wrote. "As far as I am concerned, I was dictated to and not consulted."

Smith said he never intended to stop "at any place of habitation." Since he was spotted, he has also agreed with Transport Canada to provide daily position reports — though only once a day, not twice as Transport Canada requested.

"I am a yacht, not a bloody cruise ship," he wrote. 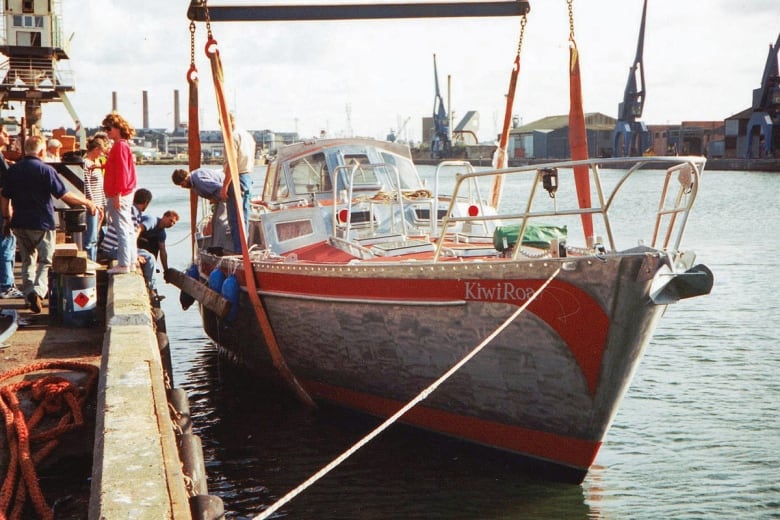 The Kiwi Roa at its launch in England in 1994. Smith estimated he is two to three weeks away from exiting the Lancaster Sound, at which point he will be back in international waters. (PeterSmith.net.nz)

Smith went on to say concerns about his spreading the coronavirus are overblown.

"I am 72 [years] old with a history of lung problems from my job as boat builder," he wrote.
"I am much more at risk from the villages than they are from me."
"I respect the locals wish to be left alone. I am not a tourist."

Smith's previous travels have taken him to Antarctica, South Africa, Greenland, and Newfoundland, among other places.

In his email, he said his final destination on this journey is Lisbon, Portugal, which he estimated is about eight weeks away.
They would need a swat team to make me [turn around.]- Peter Smith, captain of the Kiwi Roa

The trip via the Northwest Passage is more than 9,000 kilometres shorter than the alternative route via the Panama Canal, he said.

But Smith also said completing a transit of the Northwest Passage is "unfinished business" after he failed a similar attempt in 2018.

He claimed he is on track to set a record for the fastest transit of the Northwest Passage with no fuel stops, having sailed "90 per cent of the way."

Smith estimated he is two to three weeks away from exiting the Lancaster Sound, at which point he will be back in international waters. He is adamant he will not be turned around.

"They would need a swat team to make me do that," he wrote.