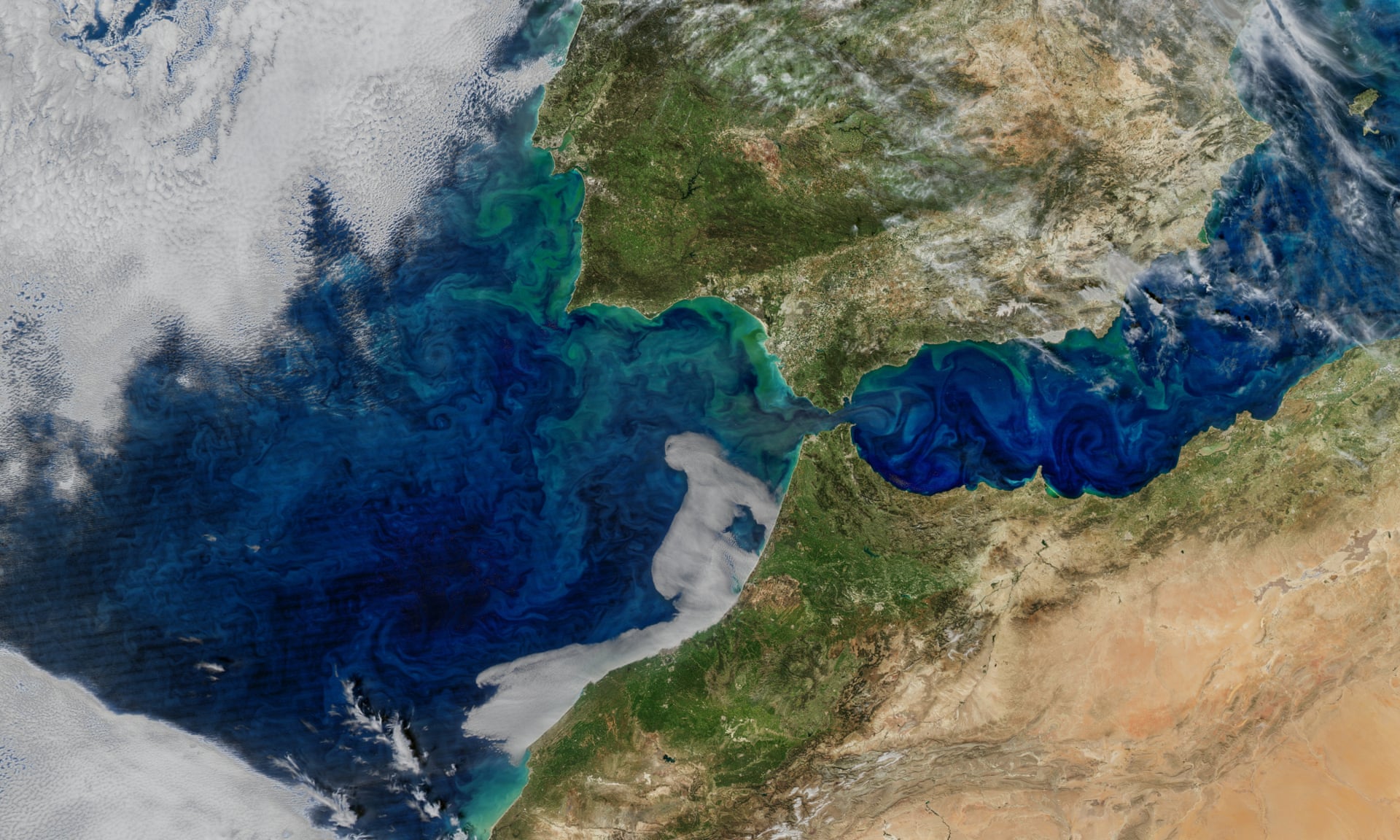 Phytoplankton blooms are visible from space in this 2017 satellite image taken of the Gibraltar strait. Photograph: Suomi/VIIRS and Modis/Nasa

The glory of the world’s oceans could be restored within a generation, according to a major new scientific review.
It reports rebounding sea life, from humpback whales off Australia to elephant seals in the US and green turtles in Japan.

Through rampant overfishing, pollution and coastal destruction, humanity has inflicted severe damage on the oceans and its inhabitants for centuries.
But conservation successes, while still isolated, demonstrate the remarkable resilience of the seas.

The scientists say there is now the knowledge to create an ocean renaissance for wildlife by 2050 and with it bolster the services that the world’s people rely on, from food to coastal protection to climate stability.
The measures needed, including protecting large swathes of ocean, sustainable fishing and pollution controls, would cost billions of dollars a year, the scientists say, but would bring benefits 10 times as high.

However, the escalating climate crisis must also be tackled to protect the oceans from acidification, loss of oxygen and the devastation of coral reefs.
The good news, the scientists say, is a growing awareness of the ability of oceans and coastal habitats such as mangroves and salt marshes to rapidly soak up carbon dioxide and bolster shorelines against rising sea levels.

“We have a narrow window of opportunity to deliver a healthy ocean to our grandchildren, and we have the knowledge and tools to do so,” said Prof Carlos Duarte, of King Abdullah University of Science and Technology in Saudi Arabia, who led the review.
“Failing to embrace this challenge, and in so doing condemning our grandchildren to a broken ocean unable to support good livelihoods is not an option.”

Prof Callum Roberts, at the University of York, one of the review’s international team, said: “Overfishing and climate change are tightening their grip, but there is hope in the science of restoration.
“One of the overarching messages of the review is, if you stop killing sea life and protect it, then it does come back.
We can turn the oceans around and we know it makes sense economically, for human wellbeing and, of course, for the environment.” 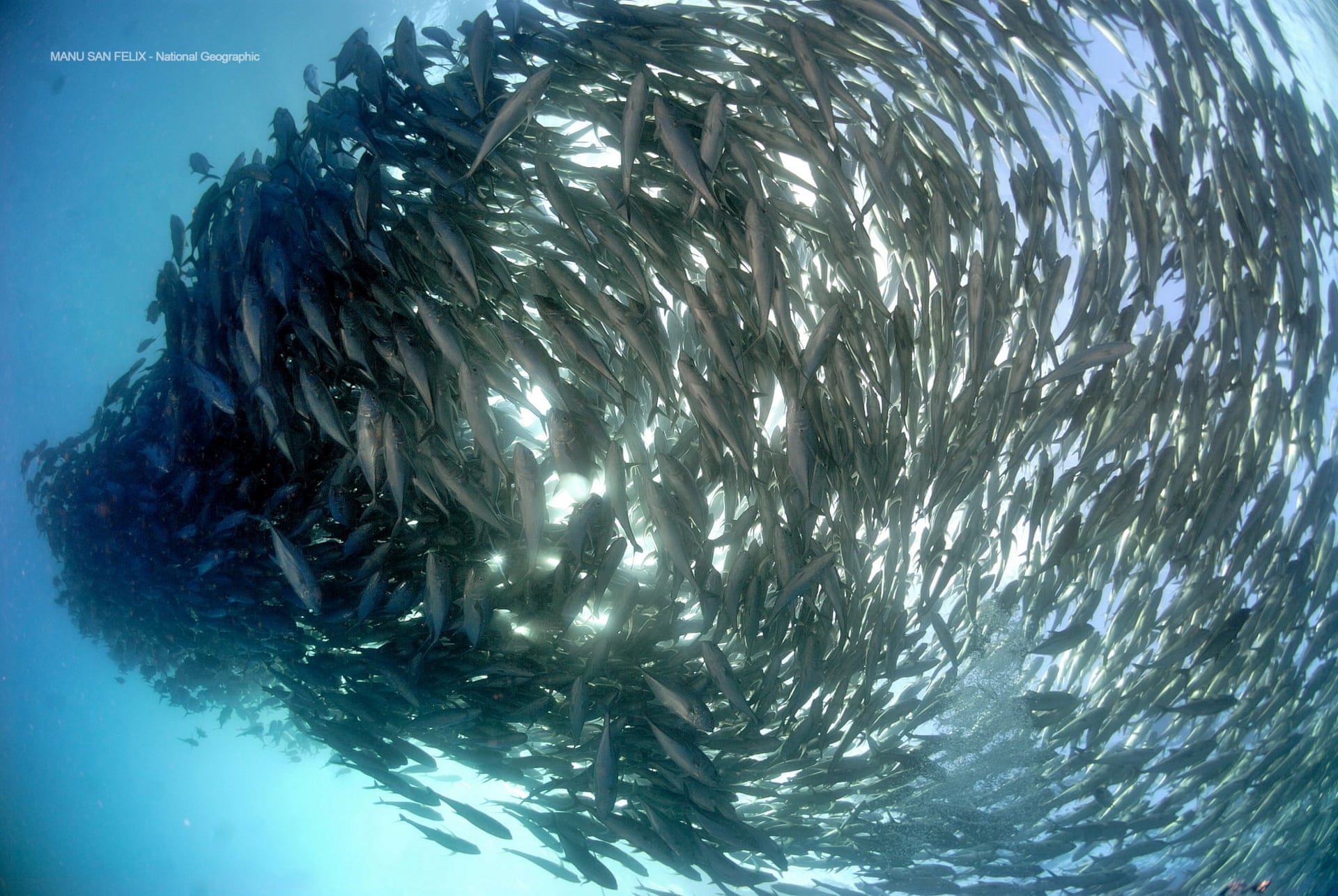 The review, published in the journal Nature, found that global fishing is slowly becoming more sustainable and the destruction of habitats such as seagrass meadows and mangroves is almost at a halt.
In places from Tampa Bay, Florida to the Philippines, the habitats are being restored.

Among the success stories are humpback whales that migrate from Antarctica to eastern Australia, whose populations have surged from a few hundred animals in 1968, before whaling was banned, to more than 40,000 today.
Sea otters in western Canada have risen from just dozens in 1980 to thousands now.
In the Baltic Sea, both grey seal and cormorant populations are soaring. 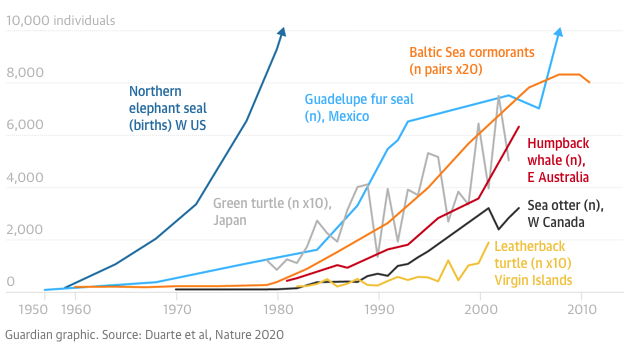 Sealife shows some signs of recovery across the globe

“We’re beginning to appreciate the value of what we’re losing and not just in terms of intrinsic beauty of the wildlife but in terms of protecting our livelihoods and societies from bad things happening, whether that be poor water quality in rivers and oceans or sea level rise beating on the doorstep of coastal areas,” said Roberts.

However, progress is far from straightforward.
Pollution from farms and plastics still pours into the oceans, the waters are reaching record high temperatures, and destructive fishing is still taking place in many places, with at least one-third of fish stocks overexploited.

“The Mediterranean is still pretty much a basket case,” said Roberts.
“And there is horrendous overfishing throughout large parts of south-east Asia and India, where fisheries are just catching anything they trawl on the seabed to render into fish meal and oil.”

The global heating of the oceans has driven the few hundred surviving northern right whales along the coast of the western Atlantic.
Here, amid busy shipping lanes and lobster fisheries, they are killed by collisions or drowned in a tangle of ropes, according to Roberts, though new regulations are starting to help.

The Gulf of Mexico suffers massive dead zones owing to huge amounts of manure and fertiliser running off midwest farms, and elsewhere albatrosses continue to be snared by long-line fishers, despite simple solutions being available. 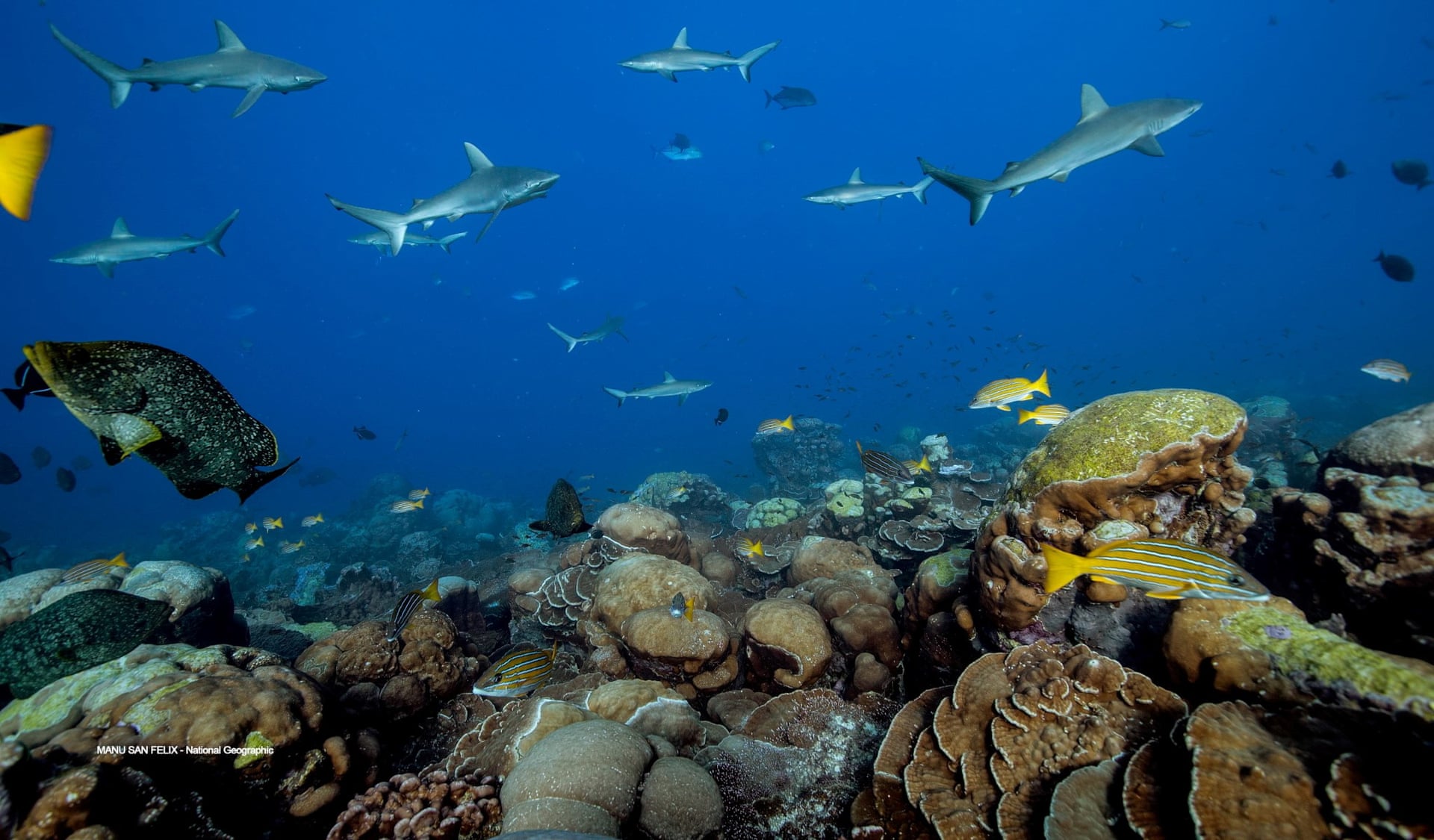 But examples of the benefits of restorative habits were growing, Roberts said, from the return of once abundant oyster beds that can clean huge volumes of water, to marine protected areas that can boost fishery catches nearby, such as by the Scottish island of Arran.

“When I started working on the science of marine protected areas in the early 1990s.
it was very much a niche interest,” said Roberts.
“Now it’s being discussed at the top level internationally and we have many countries signing up to expand protection to 30% of the world’s oceans by 2030, with the UK among the early adopters of the target.”
Marine protected areas have risen from 0.9% of the ocean in 2000 to 7.4% now, though not all are fully implemented.

The scientists’s review concludes that restoring the oceans by 2050 is a grand challenge that, with a global redoubling of conservation efforts, can be achieved: “Meeting the challenge would be a historic milestone in humanity’s quest to achieve a globally sustainable future.”