A.I. is helping scientists understand an ocean’s worth of data 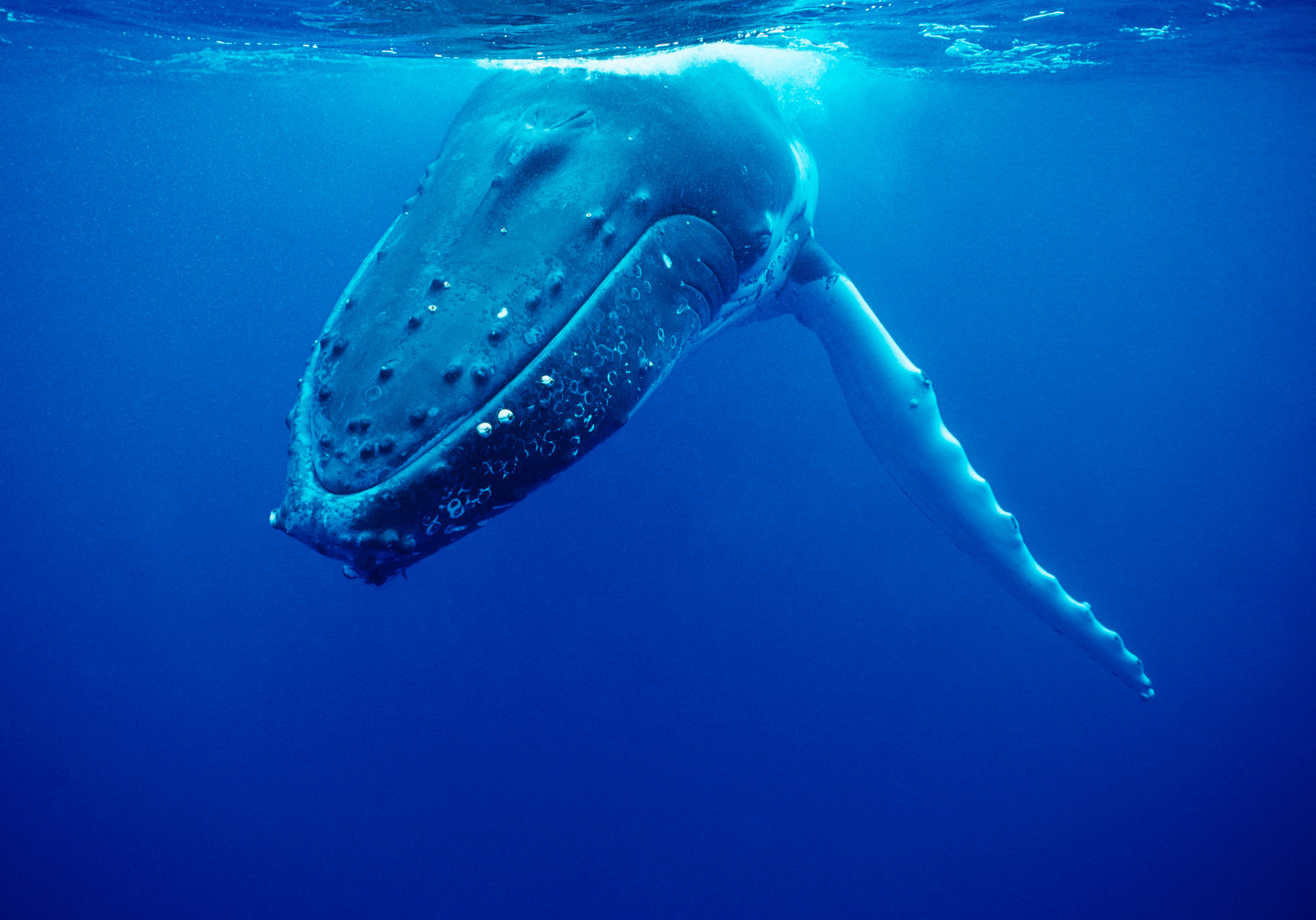 From NYTimes by Tatiana Schlossberg

This article is part of our latest Artificial Intelligence special report, which focuses on how the technology continues to evolve and affect our lives.

If you had about 180,000 hours of underwater recordings from the Pacific Ocean, and you needed to know when and where, in all those different hours, humpback whales were singing, would you Google it?

That is what Ann Allen, a research ecologist at the National Oceanic and Atmospheric Administration, did.
Sort of.

In January 2018, she approached Google and asked if they might be able to help her find the signal of humpback whale songs amid all the other ocean noise, like dolphin calls or ship engines.
Using 10 hours of annotated data, in which the whale songs and other noises were identified, Google engineers trained a neural network to detect the songs, based on a model for recognizing sounds in YouTube videos, said Julie Cattiau, a product manager at Google.

About nine months later, Dr. Allen had a model for identifying humpback whale songs, which she is using in her research on the occurrence of the species in islands in the Pacific and how it may have changed over the last decade.
Google used similar algorithms to help Canada’s Department of Fisheries and Oceans monitor in real time the population of the endangered Southern Resident Orca, which is down to around 70 animals.


Read more about the research

Machine learning and artificial intelligence applications are proving to be especially useful in the ocean, where there is both so much data — big surfaces, deep depths — and not enough data — it is too expensive and not necessarily useful to collect samples of any kind from all over.

Climate change makes machine learning that much more valuable, too: So much of the data available to scientists is not necessarily accurate anymore, as animals move their habitats, temperatures rise and currents shift.
As species move, managing populations becomes even more critical.

The endangered North Atlantic right whale, whose population has fallen to about 400, is one animal that could benefit from more technologically advanced monitoring: Probably because of warming temperatures, these whales have moved north from their traditional habitat of the Gulf of Maine to the Gulf of St. Lawrence in Canada.
Coinciding with that shift is what NOAA has termed an “unusual mortality event,” in which 30 whales are known to have died since 2017 — 21 in Canada and 9 in the United States — the majority from ship strikes or getting tangled in fishing equipment. 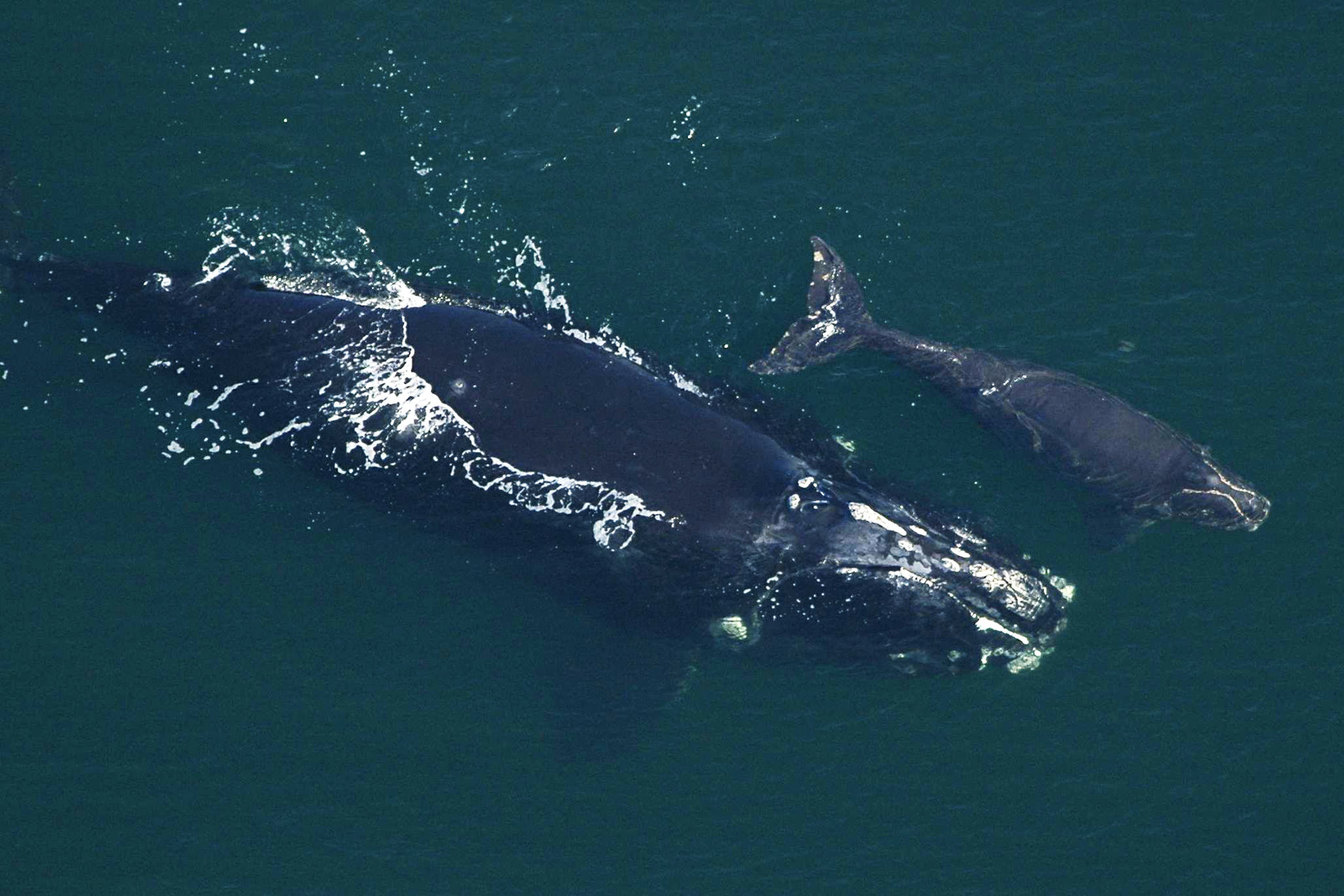 To protect the whales, scientists need to know where they are, which is what the Charles Stark Draper Laboratory and the New England Aquarium are doing in what they call “counting whales from space.” Taking data from satellites, sonar, radar, human sightings, ocean currents and more, they are training a machine-learning algorithm to create a probability model of where the whales might be.
With such information, the federal, state and local authorities could make decisions about shipping lanes and speeds and fishing more quickly, helping them to better protect the whales, according to Sheila Hemami, director of global challenges at Draper.

Many fish populations are moving, too, or are overfished or nearing it, and much of that fishing is done illegally.
In an effort to clamp down on illegal activity and keep populations at healthy levels in the ocean, Google also helped start Global Fishing Watch, an organization that monitors fishing around the world by collecting and making vessels’ positions and activities public.
“The oceans are a pretty exciting place to work in big data because there’s so much opportunity for improving data, which, in fisheries has historically been very poor, especially when you compare it with other extractive industries,” said David Kroodsma, Global Fishing Watch’s director of research and innovation.
“Twenty percent of fishing is illegal, unreported or unregulated,” he said.
“What if we didn’t know where 20 percent of the forests were, or carbon emissions?”

Other applications are used in ocean chemistry and pollution, for tasks like monitoring ocean plastic.
Using sensors similar to those that monitor air quality in the International Space Station, Draper is collecting data on the properties of microplastics found in the ocean at the request of the Environmental Protection Agency.
From that information, they produce “a fingerprint of specific chemicals,” said Dr. Hemami, and use that fingerprint to train the algorithm to identify kinds of plastic.

They are still in the testing phase, but have deployed their first-generation sensor near the Northern Pacific gyre, home to the Great Pacific Garbage Patch, which helped provide information about how the system might work. 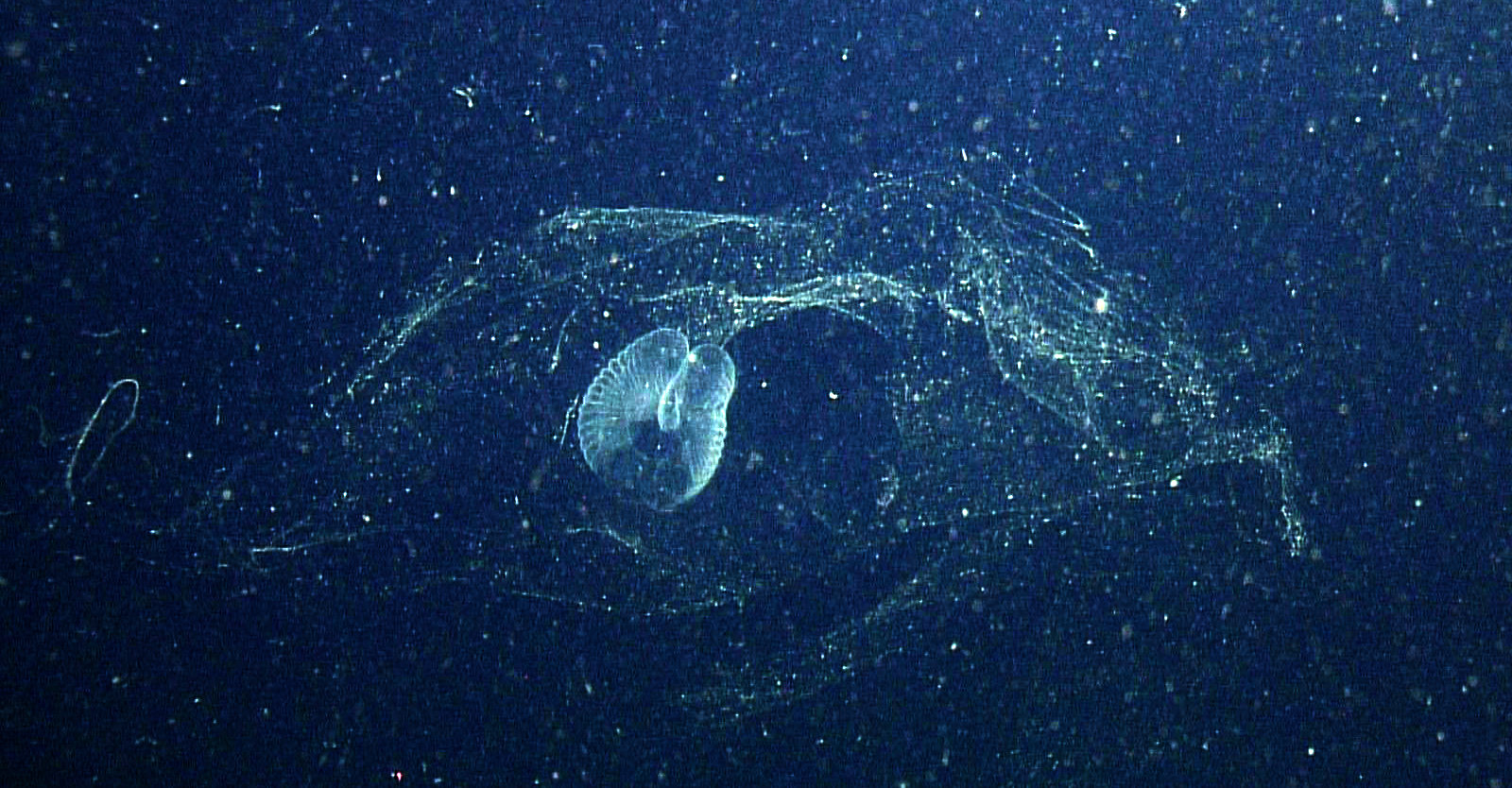 Machine learning is helping to track the giant larvacean, whose mucus houses trap carbon dioxide, sending it to the bottom of the ocean.
Credit...2016 MBARI

Machine learning has not yet been widely used in assessing other issues in ocean chemistry, like ocean acidification, deoxygenation or nitrate concentrations, but Dr. Hemami said there was significant promise in that area.
In at least one case, animal observation applications and the more chemically focused ones overlap.
They come together in shared pursuit of the giant larvacean.

Kakani Katija, a principal engineer at the Monterey Bay Research Aquarium Institute, has been using machine learning to track the lives of these zooplankton, which build themselves elaborate houses out of mucus, and model their behavior.
In their snot-bubble homes (which can exceed three feet), the tiny animals (about half the length of a new pencil) filter water, in the process capturing particles and detritus sinking from the surface of the ocean to eat.

Once the structure is clogged with this ocean dust, much of which is made up of photosynthesizing organisms that have pulled down atmospheric carbon dioxide in the process, the animals abandon their homes, which sink to the ocean floor and feed bottom dwellers.
But they have another crucial function: In trapping all of that debris, the mucus houses are sequestering carbon dioxide, sending it to the bottom of the ocean.

As we burn fossil fuels, we release carbon dioxide, much of which is absorbed by the oceans.
The oceans have, as a result, prevented our planet from warming by as much as 36 degrees Celsius (instead of about one degree), but all of that carbon dioxide makes the oceans more acidic.
Knowing how much carbon dioxide the ocean is storing is crucial to modeling future climate changes, and given the prevalence of these creatures around the world and how much water they can filter, it is likely a significant amount.

“With the oceans or the environment, it’s really easy for us to get stuck in this doom-and-gloom narrative,” Dr. Katija said.
“What I love about technology or the progress we’re seeing in A.I., I think it’s a hopeful time because if we get this right, I think it will have profound effects on how we observe our environment and create a sustainable future.”