US adventurer Victor Vescovo has become the first person to visit the deepest points in every ocean.

His fifth and final dive in a prototype submersible was made to the bottom of the Arctic's Molloy Trench, some 5.5km (3.4 miles) below the sea surface. 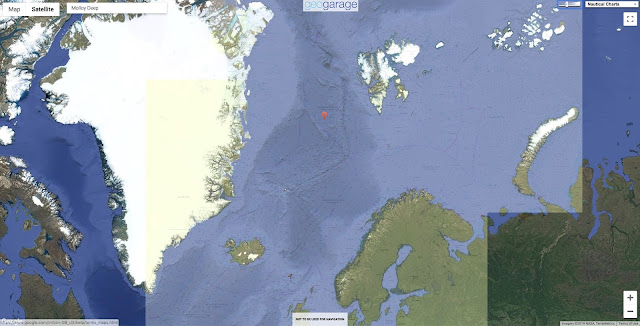 This followed dives during the past 10 months to the floor of the Pacific, Indian, Southern and Atlantic oceans.


The millionaire financier's team also visited the wreck of the Titanic.

The last leg of the "Five Deeps Expedition" was concluded on 24 August when the explorer reached a spot known as the Molloy Hole, which is about 275km (170 miles) west of Norway's Svalbard archipelago.
The recorded depth on the solo dive was 5,550m, plus or minus 14m.
It is the first time any human has been to this location. 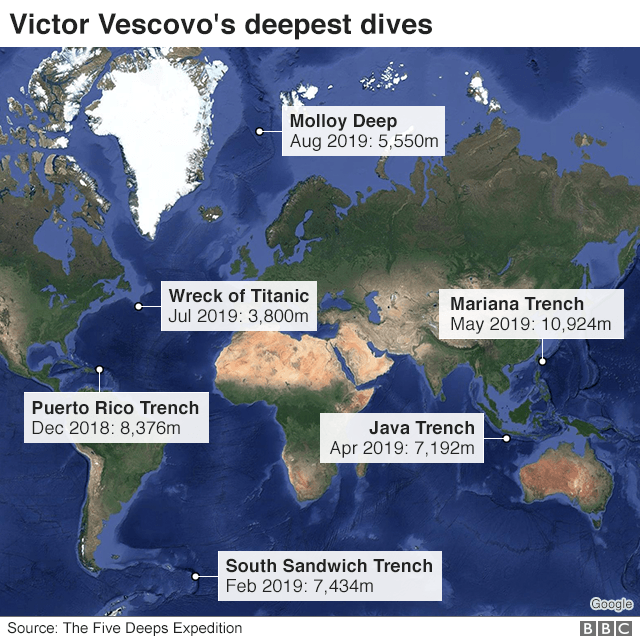 Mr Vescovo spoke of his elation and deep gratitude to the people who had worked with him.
"These things need to be done," he told BBC News.
"I come from a philosophy that says we're put here not just to survive, or even just to be comfortable - but to contribute in some way.
And the path I chose was to have some adventure whilst also doing something that could move us forward as a species."

The former US Navy reservist's wealth and drive have previously led him to ski to both poles and to climb the highest mountains on every continent.
But it's evident when you talk to him that he is utterly absorbed by the science he's facilitated.

Over the course of the worldwide tour, researchers deployed more than 100 landers.
These are instrumented frames that sink to the seafloor and record what they see and sense on the way down, and at the seabed. 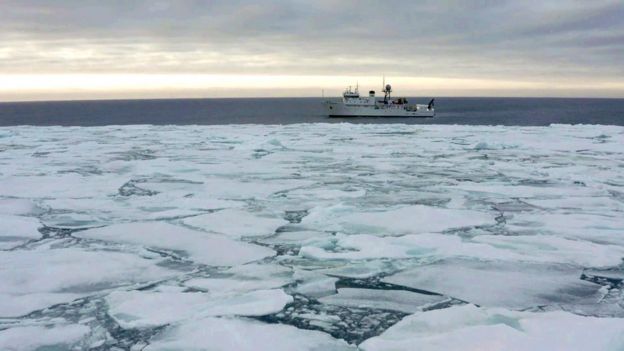 The Five Deeps science team says it has discovered upwards of 40 new species in the process.
A large catalogue of biological and water samples awaits analysis in the lab, including a unique set of bottom-water samples retrieved at every one of the five deeps visited.

Dr Alan Jamieson is the expedition's chief scientist.
He highlighted the measurements of salinity, temperature and depth that were made by the sub and the landers.
"You cast on the way down and on the way up, and if you add up the metres we measured - it works out at 1.5 million metres of water," he said.
This will help researchers better understand ocean circulation, which is needed to improve the computer models that project future climate scenarios.
"We have so few measurements from the deepest parts of the oceans, from below 6,000m," the Newcastle University, UK, marine biologist added. 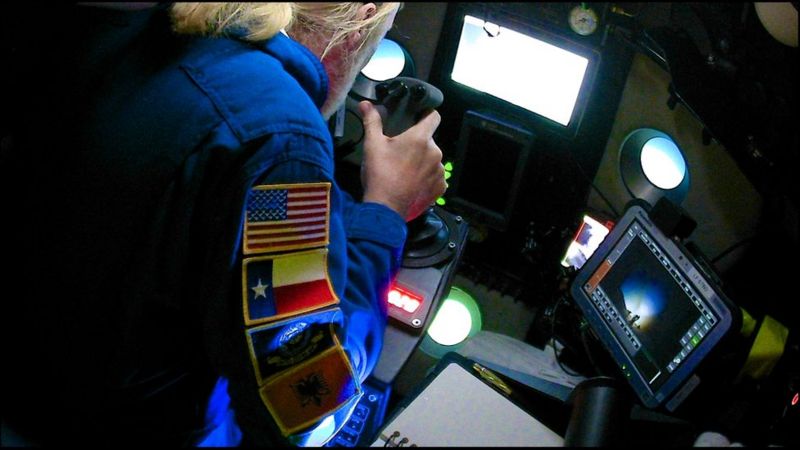 The DSSV Pressure Drop mapped the seafloor as it traversed the five oceans.
This bathymetric (depth) data covers roughly 300,000 sq km - an area equivalent to Italy.
This is being donated to the international project (GEBCO) that seeks to chart the entire global ocean floor by 2030.
Currently, less than 20% has been mapped to an acceptable resolution.

But the Five Deeps Expedition has also fundamentally demonstrated the capability of the latest deep-sea technology.


Victor Vescovo: "I thought it needed to be done"

The hope is that the DSV Limiting Factor will now be followed by many more such vehicles.
"I think what Victor has done is remarkable and others are going to want to continue what he's started by going back to some of these places and spending more time there," said Patrick Lahey, co-founder of Triton Submarines which built the Limiting Factor.
"You're starting to see more privately funded marine research being conducted by wealthy individuals who bought subs they thought they would use recreationally but are now using to complete scientific expeditions, to give people like Al Jamieson a platform to work from."

It is no surprise to learn that Victor Vescovo has set his sights on going into space; he's actively talking to those who might help him get there.

However, he's far from done with ocean research and expects next year to conduct further dives in previously unexplored trenches around the Pacific rim.

The American oceanographer Don Walsh made history in 1960 when he joined Jacques Piccard in making the first crewed dive to the deepest point on Earth - the Challenger Deep, part of the Pacific's Mariana Trench.
Mr Walsh marvels at the latest technology.
"What you have here is a system - the ship, the sub and the landers.
They interact and cooperate, and when you see them working together it's like a ballet," Mr Walsh told BBC News.
"What's impressive is the repeatability - being able to dive time and time again."

Atlantic Productions is making a five-part documentary about the Five Deeps Expedition for the Discovery Channel.
It's likely to air early next year.