China's scientists are the new kids on the Arctic block

US secretary of state Mike Pompeo berated China for using its growing Arctic research program as a Trojan horse for its military and commercial goals.

From Wired by Eric Niiler

For nearly a century, the Arctic has been a scientific playground for American, Canadian, and European researchers studying everything from magnetic fields to krill populations, as well as documenting rising temperatures and a changing climate.
But with China increasingly expressing an interest in all things Arctic, a geopolitical storm is brewing.
Traditional boundaries between science, commerce, and the military are melting as fast as the region’s sea ice. On Monday, US secretary of state Mike Pompeo scolded China for using civilian polar research to further its military and commercial goals, including opening up a new “Polar Silk Road” for trade and shipping.
“China’s words and actions raise doubts about its intentions,” Pompeo said in Rovaniemi, Finland, where the eight members of the Arctic Council are meeting this week.
“Beijing claims to be a near-Arctic state.
Yet the shortest distance between China and the Arctic is 900 miles.”

Pompeo said the US welcomes Chinese investment in the Arctic but that the US needs to “examine these activities closely,” citing a Pentagon report issued last week that found that scientific research could support a strengthened Chinese military presence in the Arctic Ocean, which could include deploying submarines.

Until about a decade ago, China wasn’t known as a polar nation.
In 2013 it became an “observer state” to the eight-member Arctic Council.
And these days it seems that China is trouncing the US when it comes to its presence north of the Arctic Circle.
China opened a research station in Iceland in 2018 to study space weather.
It has another one in Norway’s Svalbard Island, and it signed an agreement last month with Russia for a joint research center to forecast the ice conditions of the Northern Sea Route and provide recommendations for Arctic economic development, according to Russian officials.

Last fall, China launched its second polar icebreaker, dubbed the Xuelong (Snow Dragon) 2, the world’s first to crunch 5-foot-thick ice both forwards and backwards.
It has also commissioned a nuclear-powered icebreaker to be built in the next few years, along with several ice-capable patrol boats.

Meanwhile, the US's lone heavy icebreaker is more than 40 years old and is often in need of repairs.
Congressional funding for a new $746 million icebreaker was diverted to President Trump’s southern border fence last year, while a newly announced icebreaker won’t be ready until 2024.

So what is China doing in the Arctic? Experts and observers of the region say that China has a lot of reasons for wanting to be there.
Its leaders are worried about the effects of climate change, for one.
The Arctic is heating up faster than the rest of the world because of rising greenhouse gas emissions, scientists have warned.
Over the past five years, the region has been warmer than at any time since 1900, when record-keeping began, according to scientists at the National Oceanic and Atmospheric Administration.
China wants to learn more about connections between a warming Arctic and how that might lead to droughts in China’s mainland, for example, or sea level rise that could swamp its populated coastal cities.

Sun Yun, director of the China program at the Stimson Center in Washington, says Chinese leaders want their scientists to take part in Arctic research because they believe that “climate change impacts the whole world, so China needs to be there.”
That goes against historical precedent, in which the only countries with a permanent presence in the Arctic have been the ones to control territory within the Arctic Circle and generally set up research bases there.
US officials are skeptical that China is only pursuing science because of its history of staking out claims on both commercial fisheries and mineral extraction in far-flung places.
“It is an argument that raises a lot of eyebrows, but that is the Chinese argument."

At the same time it is engaging in legitimate scientific research, Yun says, China is also pursuing a strategy of scientific diplomacy to benefit its commercial resource development goals.
The melting Arctic has also opened a new sea route between China’s factories and European customers.
The first Chinese-built tanker sailed through the ice from Guangzhou, China, to Russia’s Murmansk seaport in January. 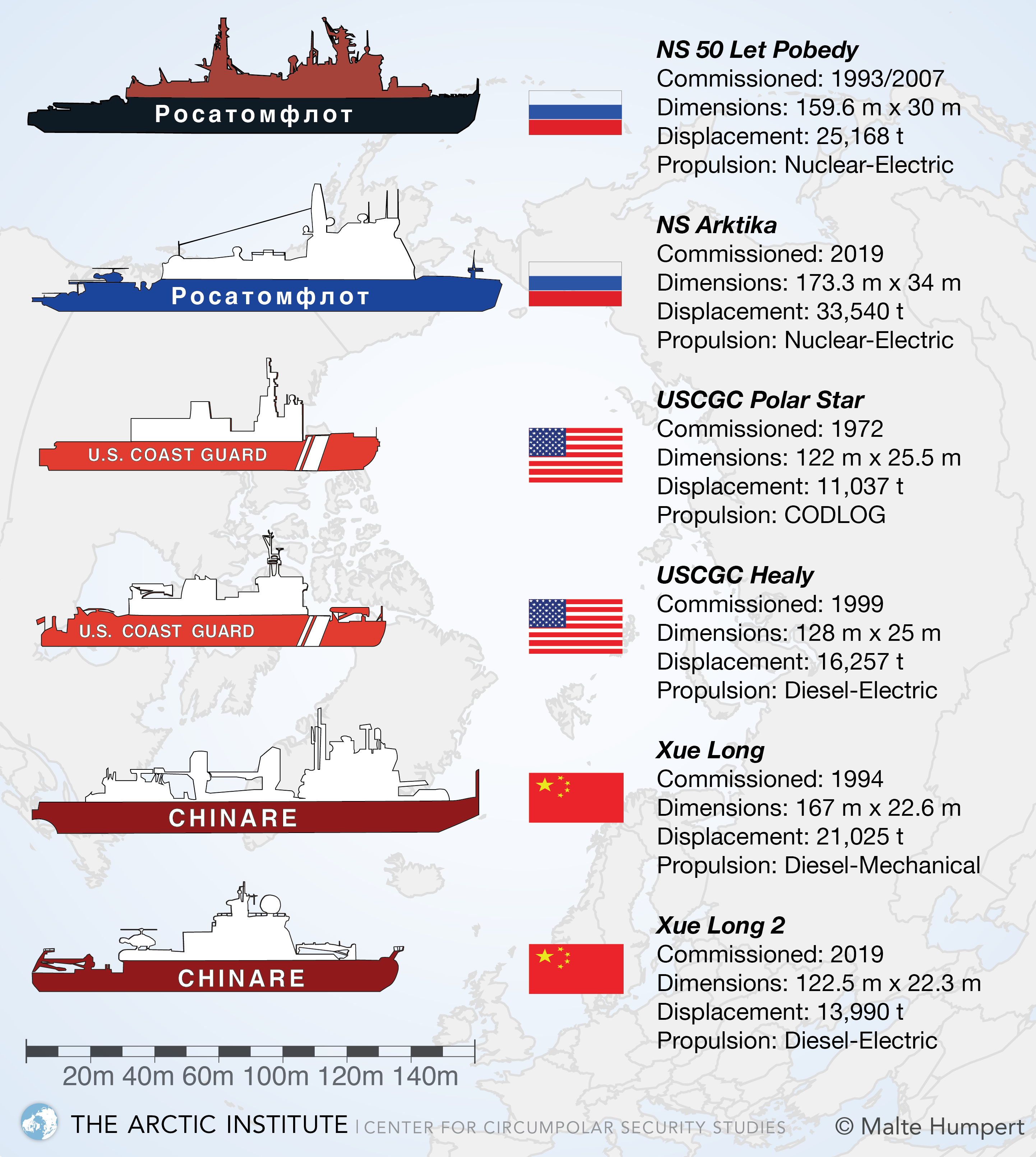 A comparison of select major icebreakers of Russia, the United States, and China.
(Malte Humpert)

Because China doesn’t have a claim to the Arctic, unlike the other eight nations of the Arctic Council (the US, Canada, Russia, Norway, Denmark, Iceland, Finland, and Sweden), that means it must pursue partnerships with countries that do.
That’s how China got its space weather lab—by cooperating with Icelandic officials.

In Greenland, scientists from the Chinese Geological Survey have spent the past few years visiting mineral sites.
In 2017, Chinese officials announced plans for a joint China-Greenland polar research base, as well as a satellite ground station for climate change research.
These scientific partnerships are happening at the same time as China is backing five big mining or development projects in Greenland.

Yun says Chinese scientists don’t see the conflict between scientific research and national goals of resource development.
“When China says that we are studying how climate change affects wildlife in the Arctic, they are also collecting data for temperature change for the flow of the ice, the change of the shipping routes,” Yun says.
She spoke from Shanghai, where she is attending a forum on China in the Arctic this week.
“Is that information going to be used for future commercial activity? I think it certainly will.”

Others say that Western cooperation with China’s scientific projects in the Arctic will benefit both sides.
That’s because scientists usually share information and build trust with each other despite their national or political differences.
“There’s no one-way street in this,” says Rasmus Gjedssø Bertelsen, a professor of social science at the Arctic University of Norway, in Tromsø.
“We also learn something about China and its actions in the Arctic.
You can be suspicious about scientific collaboration because the Chinese side builds knowledge, but we build knowledge too.” 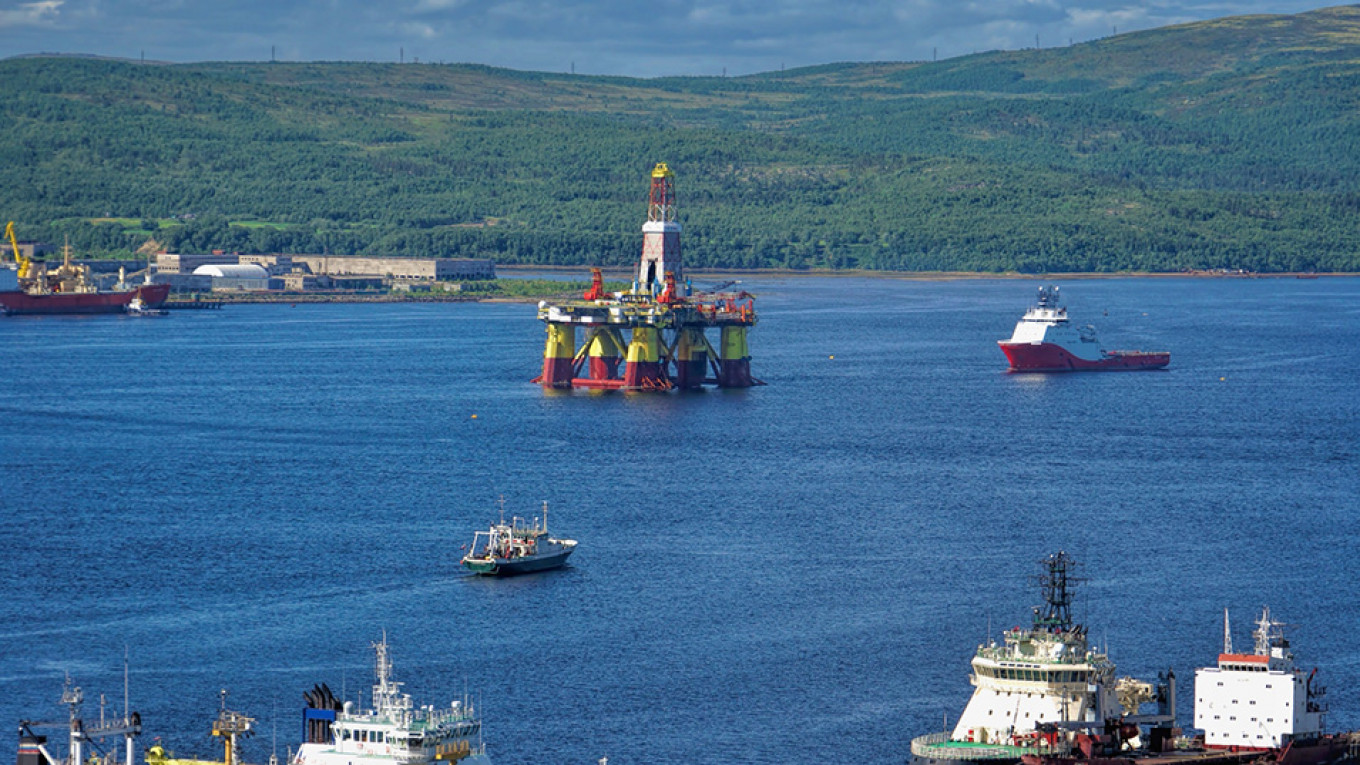 China and Russia are cooperating in the gas drilling.

Leaders of Nordic nations that border the Arctic tend to have a less confrontational stance than Secretary Pompeo.
In addition to finding fault with China, Pompeo also criticized Russia for malfeasance in the Arctic (and even picked on friendly Canada) at the meeting this week.

One thing Pompeo left out of his speech, however, was any mention of climate change.
He did, however, declare that "America is the world’s leader in caring for the environment," at the same time as US negotiators pressured the Arctic Council to remove any language on global warming from the group’s final resolution.
The group refused, so it won't issue any resolution at all.