New AIS B+ transponders explained : Everything you need to know, how to see and be seen on the water 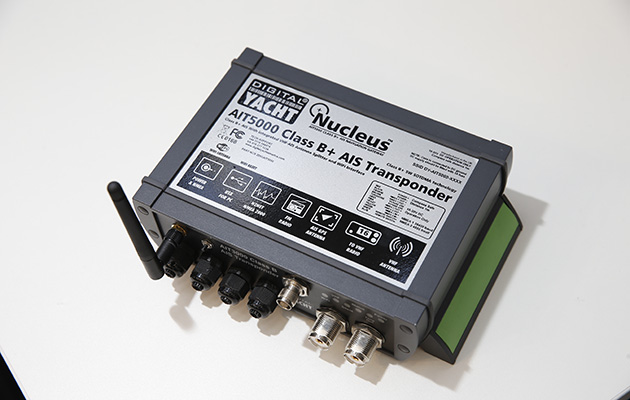 A new generation of AIS B+ transponders claims to make leisure boats more visible.
We explain how

Automatic Identification Systems (AIS) may have originally been conceived as a collision avoidance system for commercial shipping but in recent years they have become a popular safety aid for leisure boats as well.

Not only does AIS allow you to see and be seen, even when out of sight due to darkness, fog, land or range, but it is also becoming a useful navigation tool now that transponders are being fitted to beacons, buoys and other aids to navigation.
AIS SARTs (Search And Rescue Transponders) have also been approved for use as man overboard devices, which can be picked up by SAR helicopters as well as AIS-equipped surface craft.

Until recently, however, AIS has operated a distinct two-tier system:
Class A transponders, which are mandatory on all vessels over 300GT or carrying more than 12 passengers,
and Class B transponders that allow smaller fishing and leisure vessels to fit a lower power, lower cost transponder.

The trouble is that leisure boats equipped with AIS B transponders may not be quite as visible as you think, especially in busy areas with multiple AIS targets.
Now a change in the rules and a new generation of AIS B+ transponders has helped level the playing field, so what are the changes and how do they affect potential buyers?

To help explain the changes you first need to understand how AIS works.
An AIS transponder consists of a GPS receiver and a VHF data radio.
The transponder transmits this GPS position in digital form on two VHF channels dedicated to AIS (161.975MHz and 162.025MHz).

In order to avoid multiple devices transmitting at the same time, AIS transponders use a system called Time Division Multiple Access (TDMA).
Each transponder communicates with others in the area to avoid clashes and claim its own short 26.6 millisecond time slot.
The system allows up to 4,500 craft to operate in the same vicinity, automatically giving priority to those that are closest and therefore likely to be at greater risk of collision.

All AIS equipped boats are constantly communicating with each other using short bursts of VHF transmissions
The Class B+ is an AIS transponder that transmits in 5W rather than 2W.
It ensures transmissions are more reliably received in busy areas.
The increased power makes it suitable for AIS tracking.
Class B+ also features SOTDMA – so it ‘books’ its transmission slots on the AIS frequency in advance.
The transponder also increases the transmission rate relative to the vessel’s speed.

The number of transmissions that a transponder makes varies according to several different parameters, including Class (A or B), speed, navigation status and whether it is manoeuvring.
The Class A transponder of a fast-moving ferry may output its position every couple of seconds while a Class B-equipped pleasure vessel will only transmit every 30 seconds.

The new Class B+, otherwise known as Class B SOTDMA or Class B 5W, bridges the gap between Class A and Class B transponders, offering clear advantages for some types of vessels and applications.

Class B+ uses the same SOTDMA technology as Class A and therefore has the same priority when it comes to reserving a time slot, guaranteeing that it will always be able to transmit, even in busy AIS congested waters.
It also increases the transmission rate in line with your speed (but is unaffected by other manoeuvres), giving other vessels a clearer and more up to date view of where you are. 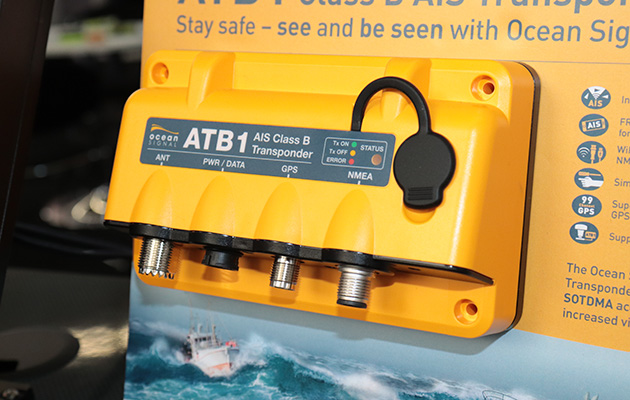 While an AIS transponder is no replacement for a radar, it can help you be seen by commercial traffic.
Ocean Signal has also introduced a Class B AIS transponder that allows leisure users access to the type of Class A service previously restricted to commercial shipping.
This AIS transmits every 5 seconds rather than every 30 seconds

For displacement motor boats the more frequent updates may not make a big difference, but a planing power boat travelling at 23 knots will move 360 metres in the 30 seconds it takes one of the older Class B transponders to transmit its next signal (or 0.5nm at 30 knots).
On a boat equipped with a Class B+ transponder travelling at 23 knots or more, the update rate is 5 seconds, so would only travel 60 metres between updates.

Finally, Class B+ transponders have a higher power transmission of 5W instead of 2W, which not only increases the range over which it will be received by other boats (assuming there is good antenna height and performance) but also significantly improves the ability of AIS satellite receivers to track your position.

Which type should I fit?

The answer depends on the type of boat you have, the sort of cruising you do and the budget you’re prepared to spend.
The cheapest solution is to fit an AIS receiver or download one of the many apps that use shore-based reception networks.

This is fine for showing AIS traffic in your vicinity and allowing you to communicate with them using their MMSI number, but it doesn’t make your boat visible to other AIS users.

Class A transponders are at the opposite end of the scale but cost around £2,000, have an integral AIS display and could be considered overkill on a smaller boat that is predominantly used for coastal cruising.

At night or in fog it can be very hard to see what’s going on around you,
especially if it’s shielded behind a headland or another larger craft
courtesy of W4D

It’s also something of a myth that big ships have the option to ‘switch off’ Class B transmissions in busy areas.
There is no filter option on commercial or leisure AIS receivers, so provided it picks up a Class B transmission, it will trigger collisions risk alarms just like a Class A one.
Only when overlayed onto a big ship’s ECDIS screen can the ship’s master choose to filter out the visual clutter of Class B targets (but not the transmission itself).

For smaller craft a Class B ‘black box’ transponder costing around £500 and linked to a multi-function display should be fine.
However, the limited range and frequency of transmissions could prove a drawback, particularly on faster craft or those venturing further afield where the higher transmission power will significantly improve the ability of AIS satellites to track your position once out of range of surface-based VHF.
In these circumstances spending the extra £150-£200 for a Class B+ transponder makes good sense.

None of them should be seen as a replacement or alternative to a radar because they don’t pick up land, squalls or other boats and obstacles that don’t have a transponder fitted.

Digital Yacht, Raymarine, Simrad, Garmin and Ocean Signal all offer Class B+ transponders for around the £700 mark.
If you’re looking to fit AIS for the first time or to upgrade an existing Class B set, a Class B+ transponder looks like the logical next step.