The world’s biggest offshore windfarm has officially opened in the Irish Sea, amid warnings that Brexit could increase costs for future projects. 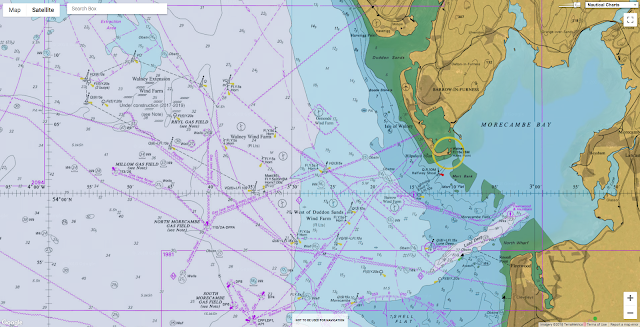 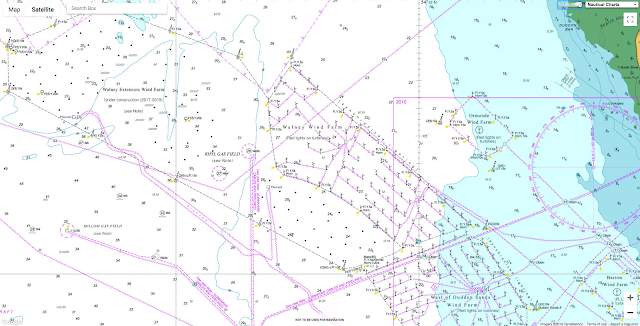 Walney Extension, off the Cumbrian coast, spans an area the size of 20,000 football pitches and has a capacity of 659 megawatts, enough to power the equivalent of 590,000 homes.
The project is a sign of how dramatically wind technology has progressed in the past five years since the previous biggest, the London Array, was finished.

Turbines in the Irish Sea off the Cumbrian Coast, part of the Walney Extension, the world’s largest working wind farm (Orsted/PA)

The new windfarm uses less than half the number of turbines but is more powerful.
Matthew Wright, the UK managing director of Danish energy firm Ørsted, the project’s developer, said: “It’s another benchmark in terms of the scale. This – bigger turbines, with fewer positions and a bit further out – is really the shape of projects going forward.”

The energy minister Claire Perry said the scheme would help the UK, the world’s number one in offshore wind installations, to consolidate its leadership and create thousands of high-quality jobs.
The supersizing of windfarms around the British coastline means Walney Extension will not hold its title for long. 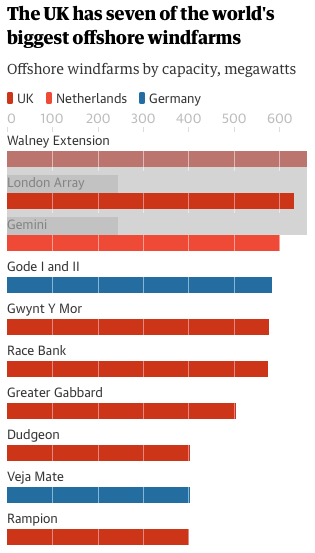 ScottishPower’s East Anglia One will be bigger at 714MW when it opens in 2020.
Ørsted itself has even larger schemes in the works, including Hornsea One and Two (1,200MW and 1,800MW, respectively) off the Yorkshire coast.

Wright said it was “fantastic news” that ministers had recently committed to a timetable of auctions for clean energy subsidies every two years, starting in 2019.
He said it was too early to say whether the company would submit its Hornsea Three windfarm, capable of powering 2m homes, into next year’s auction.


This massive feat of engineering was constructed on time and within budget, together with Ørsted and partners PKA and PFA.

But the executive warned that leaving the EU posed the risk of short-term disruption, and seamless borders and free-trade were important to Ørsted.
“A hard Brexit or a last-minute no deal is probably the thing that would cause a problem in terms of supply chains and movement of goods and people,” he said.

Sentinel-1 radar composite over the West coast of the UK
featuring both the Isle of Man and the newly upgraded Walney wind farm.

In the long-term, however, any form of Brexit would not change the firm’s interest in the UK and the fundamentals of the market.
“We can deal with it,” he said.
Wright said he was unfazed by the ‘wind drought’ that the heatwave brought to much of Europe this summer.
“We will see some low wind periods, some high wind outputs,” he said.

But the record-breaking temperatures and wildfires would likely strengthen political action on global warming, he thought.
“It does tend to focus the mind a little in terms of climate and energy policy. I think it does have an effect,” he said.

Offshore windfarms provide nearly a tenth of the UK’s electricity.