France set to become a European Offshore Wind powerhouse by 2022 ?

There was a big 19% increase in wind generation in Europe last year.
[Vattenfall / Flickr]

Construction off the French coast is expected to ramp up from 2020 and turn the country in the fourth-biggest offshore wind generator with about 4.3 gigawatts capacity by 2030, according to the Brussels-based WindEurope industry group.

Macron has repeatedly promised to turn France into a green energy leader and reduce the country’s reliance on nuclear power.
He’s trying to cut through bureaucratic red tape that has delayed offshore wind projects tendered in 2012.
His government said in November that it aims to trim offshore project development to less than seven years from more than a decade.

The U.K. and Germany currently lead in offshore wind installations with 1,753 and 1,168 installed turbines respectively, according to a WindEurope report on Tuesday. 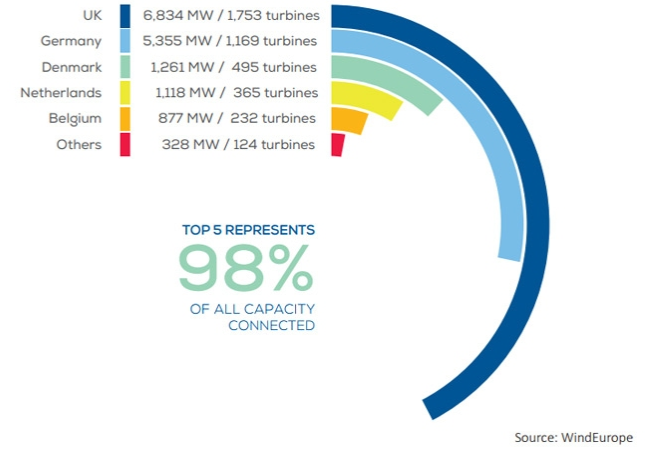 98% of offshore wind capacity comes from the UK, Germany, Denmark, the Netherlands and Belgium.

Investment in new offshore wind farms is expected to recover marginally in 2018 after a sharp drop last year, according to the industry group, which estimates more than 9 billion euros ($11.2 billion) of projects could reach financial close this year. 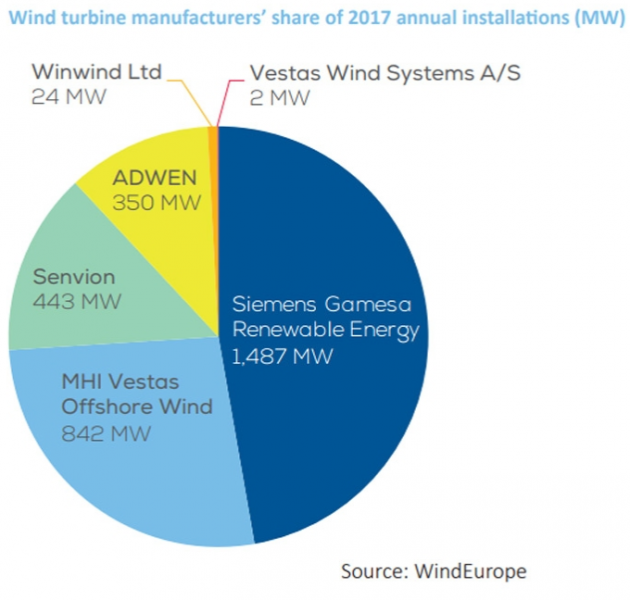 By 2020 WindEurope expects European offshore wind capacity of 25 gigawatts.
The market will continue to concentrate around the North Sea, where the U.K. will connect 3.3 gigawatts of new offshore capacity by 2020.

During the period, Germany is expected to install 2.3 gigawatts while Belgium and the Netherlands will install 1.3 gigawatts and Denmark will add 1 gigawatt of offshore power.