NIWA marine geologist John Mitchell gives a brief history of bathymetric (seabed) charting, and how it's been carried out over the last few hundred years.

From Stuff by Jennifer Eder

An "alien landscape" of pockmarks and desert-like dunes lies beneath the surface of the Marlborough Sounds, a soundwave survey has revealed. 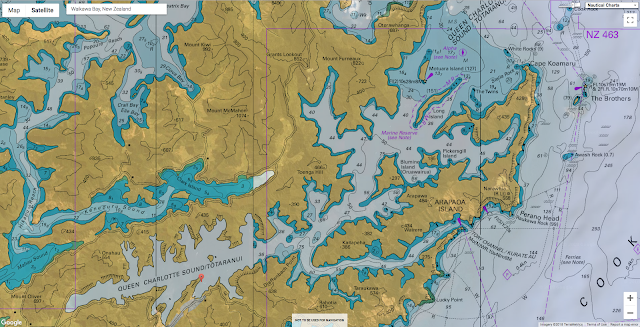 Large circular scars, smaller pockmarks, holes 20 metres deep and high ridges "like what you see in the Sahara Desert" have been captured in the most extensive coastal underwater mapping project in New Zealand. 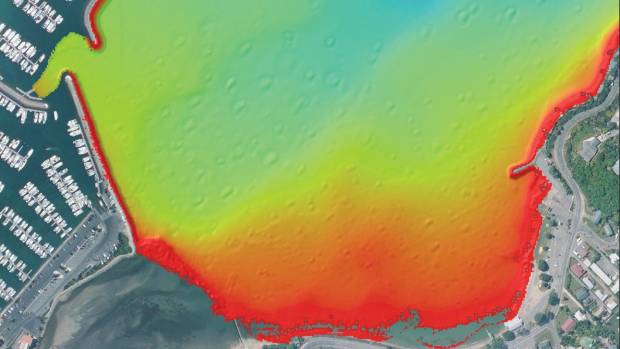 The bottom of Waikawa Bay is covered in circular pockmarks from boat moorings.

Niwa operations general manager and marine geologist Dr Helen Neil presented 3-D images, videos and maps to the public on Thursday, describing the dramatic underwater landscape of Tōtaranui/Queen Charlotte Sound and Kura Te Au/Tory Channel.
"There is so much more underneath the water than what we had in our nautical charts," Neil said. 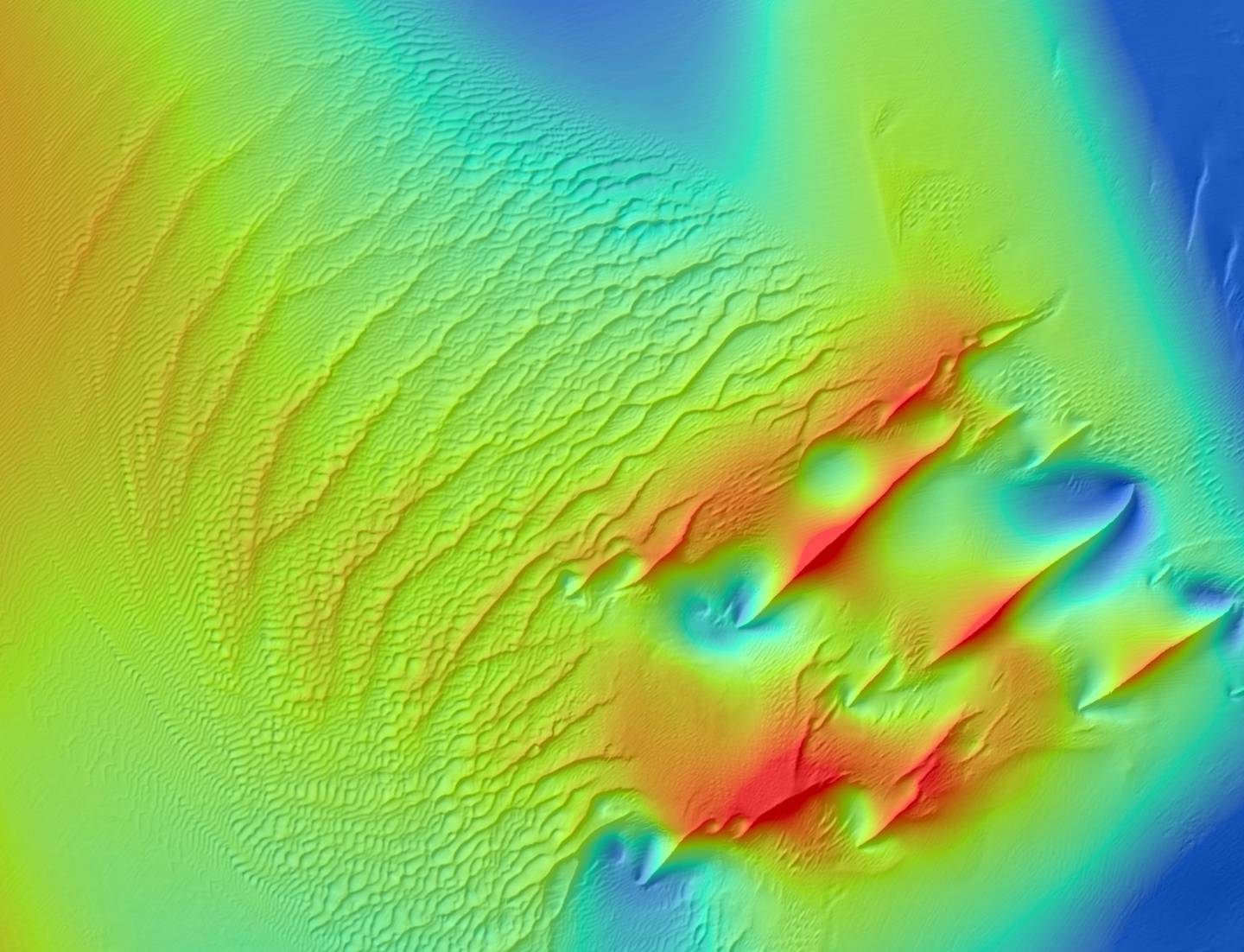 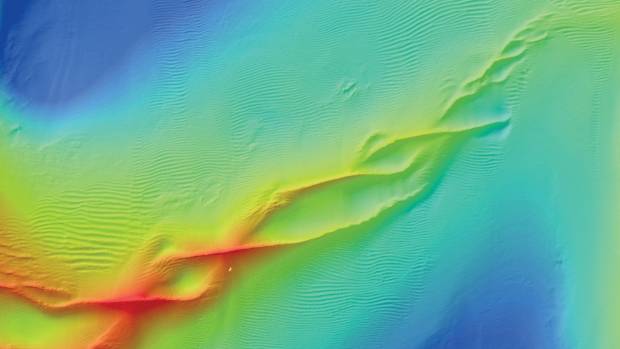 The large circular pockmarks marred the bottom of Waikawa Bay, near Picton, like a rash.
They also showed up in other bays popular with boaties, such as Endeavour Inlet and Bay of Many Coves.

Council resource management adviser Jon Cunliffe said the pockmarks in Waikawa were from boat mooring chains, dragging on the sea floor as boats moved in the tides.

Boaties would now know how deep the water was, and how long their mooring chains should be. 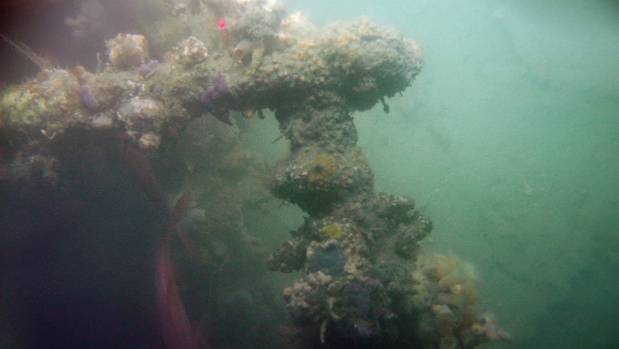 The Hippalos sunk near Blumine Island in 1909 and has become an artificial reef with sponges, anemones and crabs.

The old maps from 1942 were up to 3 metres off in places, Cunliffe said.

They should swap their concrete block and chain moorings for space-efficient elastic moorings, which meant more space in the harbour as boats would not move so much, and fewer scars on the sea floor, Cunliffe said. 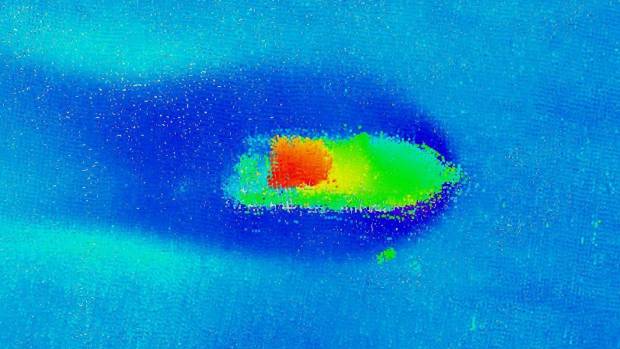 The council hoped 100 boaties in Waikawa Bay would adopt the new moorings, but would consult them individually, Cunliffe said.

Other smaller pockmarks were from freshwater and gas-rich fluids seeping from underground.
The council could investigate them further, possibly looking at any impact on nearby marine farms, Neil suggested.
The council was considering a soundwave survey of Te Hoiere/Pelorus Sound.
The Sounds were created when steep river valleys were flooded about 5 million years ago, creating a rugged underwater terrain.
The northern end of Tōtaranui/Queen Charlotte Sound had a shallow bar which blocked the notoriously tidal Cook Strait from affecting its calm waters.

Neil's team found complex rocky reefs with extensive kelp habitats, and last year found shipwrecks that had become artificial reefs.
Some of the 10 shipwrecks found were previously undiscovered, but none were of interest to police, Neil said. Most were modern launches.
The oldest one was the Hippalos which sunk in 1909, known to divers but never mapped. 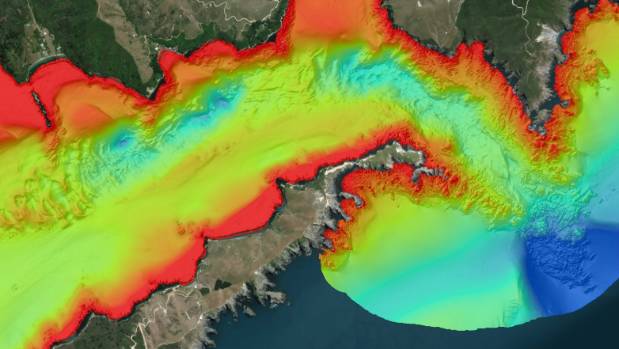 This bathymetric map shows the shallows in red and the depths in blue at the mouth of Kura Te Au/Tory Channel.

The survey also mapped man-made features, such as underwater marine farms, pipelines and a trench dug in the 1940s for a war-time communications cable. 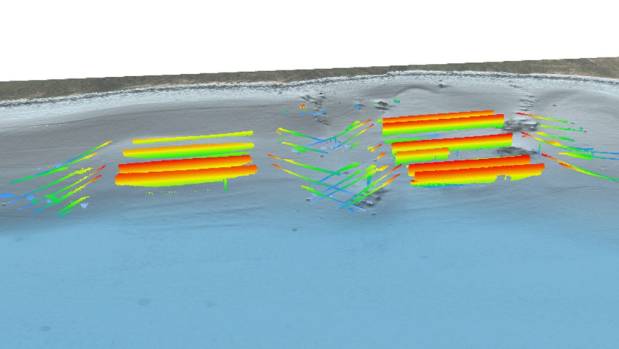 The results would be a foundation for other science projects in the region, she said.
A project on juvenile fish habitats by the Ministry for Business, Innovation and Enterprise was already using the data.
"This is a nationally significant project, using cutting-edge science, that will benefit the thousands of people who use the Marlborough Sounds year-round for business or recreation."
Marlborough Mayor John Leggett said the data would help the council manage coastal resources, and protect the biodiversity of the Sounds, "the jewel in Marlborough's crown".