What happened to MH370?
On a special edition of 60 MINUTES, Tara Brown investigates what is now the world’s most confounding aviation disaster.
What happened to the Boeing 777 airliner carrying 239 passengers and crew that vanished on March 8, 2014?

All but one of the 239 people on the doomed Malaysia Airlines Flight 370 had probably been unconscious — incapacitated by the sudden depressurization of the Boeing 777 — and had no way of knowing they were on an hours-long, meandering path to their deaths.

Along that path, a panel of aviation experts said Sunday, was a brief but telling detour near Penang, Malaysia, the home town of Captain Zaharie Ahmad Shah.
On two occasions, whoever was in control of the plane — and was probably the only one awake — tipped the craft to the left.

The experts believe Zaharie, the plane's pilot, was taking a final look.
That is the chilling theory that the team of analysts assembled by Australia's “60 Minutes” have posited about the final hours of MH370.
They suspect that the plane's 2014 disappearance and apparent crash were a suicide by the 53-year-0ld Zaharie — and a premeditated act of mass murder.
But first, the experts said, they believe that Zaharie depressurized the plane, knocking out anyone aboard who wasn't wearing an oxygen mask.
That would explain the silence from the plane as it veered wildly off course: no mayday from the craft's radio, no final goodbye texts, no attempted emergency calls that failed to connect.
That would also explain how whoever was in control had time to maneuver the plane to its final location.

Video prepared by Ocean Infinity for the commemoration event held in Kuala Lumpur on 3rd March 2018 on the occasion of the fourth anniversary of MH370’s disappearance.

The wreckage has not been found, though hundreds of millions of dollars have gone into the four-year search.
The secret of what happened in the final moments of the ill-fated flight — and the motive behind it all — probably died with its passengers and pilot.

But the “60 Minutes” team — which included aviation specialists, the former Australian Transport Safety Bureau chief in charge of investigating MH370's crash and an oceanographer — put forth what they believe is the most likely theory.
“The thing that gets discussed the most is that at the point where the pilot turned the transponder off, that he depressurized the airplane, which would disable the passengers,” said Larry Vance, a veteran aircraft investigator from Canada.
“He was killing himself. Unfortunately, he was killing everyone else onboard. And he did it deliberately.”

Zaharie's suspected suicide might explain an oddity about the plane's final flight path: that unexpected turn to the left.
“Captain Zaharie dipped his wing to see Penang, his home town,” Simon Hardy, a Boeing 777 senior pilot and instructor, said on “60 Minutes.”
“If you look very carefully, you can see it's actually a turn to the left, and then start a long turn to the right. And then [he does] another left turn. So I spent a long time thinking about what this could be, what technical reason is there for this, and, after two months, three months thinking about this, I finally got the answer: Someone was looking out the window.”
“It might be a long, emotional goodbye,” Hardy added. “Or a short, emotional goodbye to his home town.”

This presentation covers the technical accomplishments undertaken from a geospatial support perspective to support the search for MH370.
Geospatial support embedded within ATSB over the last 3 years included visualization of project data, creation of search areas, data management, statistical analysis and quality review of data collected.
With over 157 TB of data acquired throughout the search the Operational Search for MH370 has become the largest search of survey of its kind ever.

Flight 370 disappeared March 8, 2014, shortly after leaving Kuala Lumpur, bound for Beijing.
The craft is thought to have crashed in the far southern Indian Ocean.

The governments of Malaysia, China and Australia called off the official search in January 2017.
The Australian Transport Safety Bureau's final report said authorities were no closer to knowing the reasons for the plane’s disappearance or the exact location of its wreckage.

But the “60 Minutes” experts tried to answer one of the biggest questions surrounding the flight:
How could a modern aircraft tracked by radar and satellites simply disappear?

Because, they say, Zaharie wanted it to.
And the veteran pilot, who had nearly 20,000 hours of flight experience and had built a flight simulator in his home, knew exactly how to do it.

Because, they say, Zaharie wanted it to. And the veteran pilot, who had nearly 20,000 hours of flight experience and had built a flight simulator in his home, knew exactly how to do it.

Another theory was that he hijacked the plane in protest of the jailing of Anwar Ibrahim, who was then the opposition leader in Malaysia.

A group called the Chinese Martyrs' Brigade claimed responsibility for the downing, although skeptical officials called this a hoax.

Two men on the plane were flying with phony passports, but one was apparently an asylum seeker, and neither had terrorism links.

Current analysis places the most likely site of the MH370 fuselage close to the ‘seventh arc’, which shows possible locations of the plane at the time of the seventh detected radar ping.
Image supplied by Geoscience Australia. 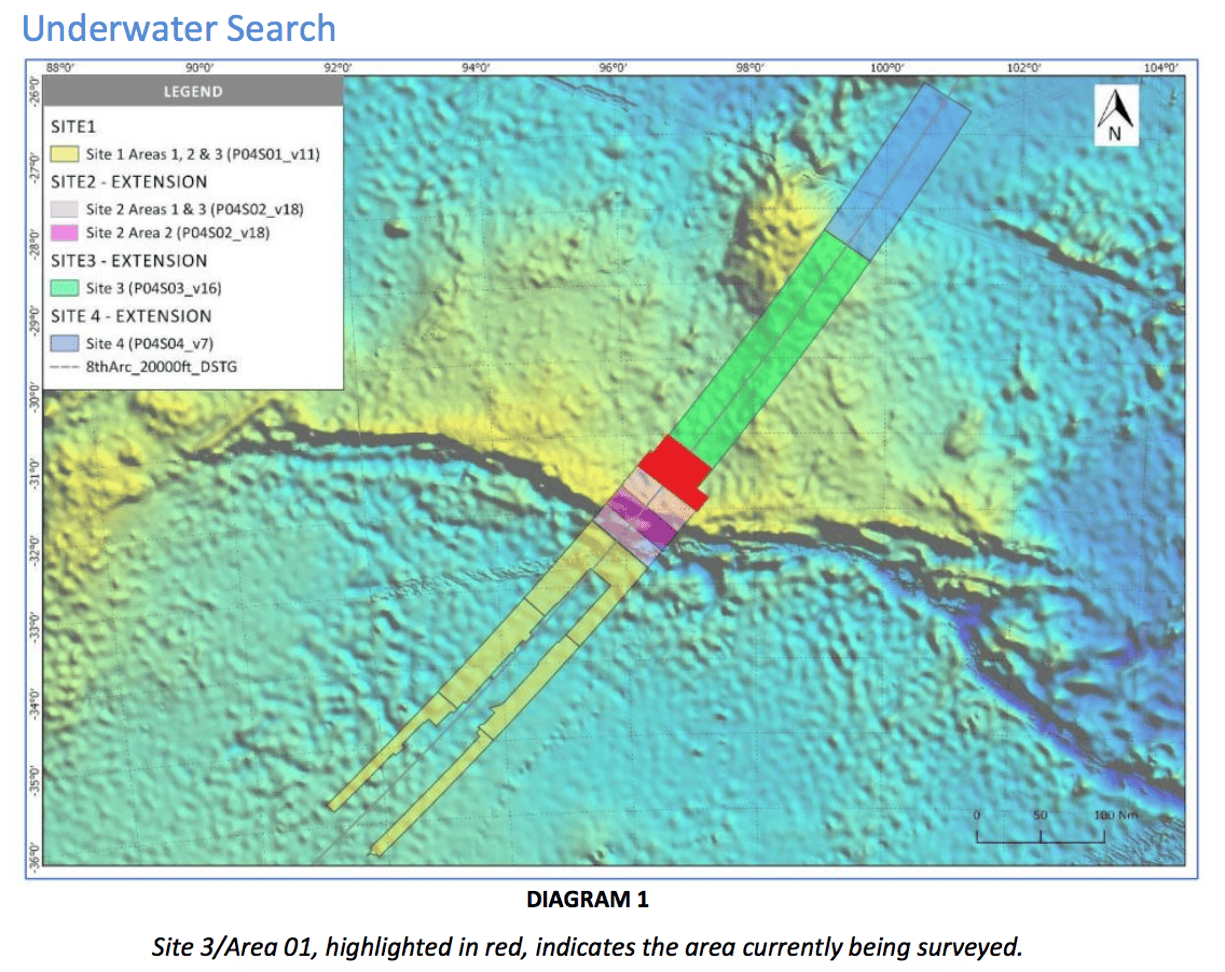 The Site 4 extension is shown for the first time in this diagram from the 12th weekly report, released on 17 April. 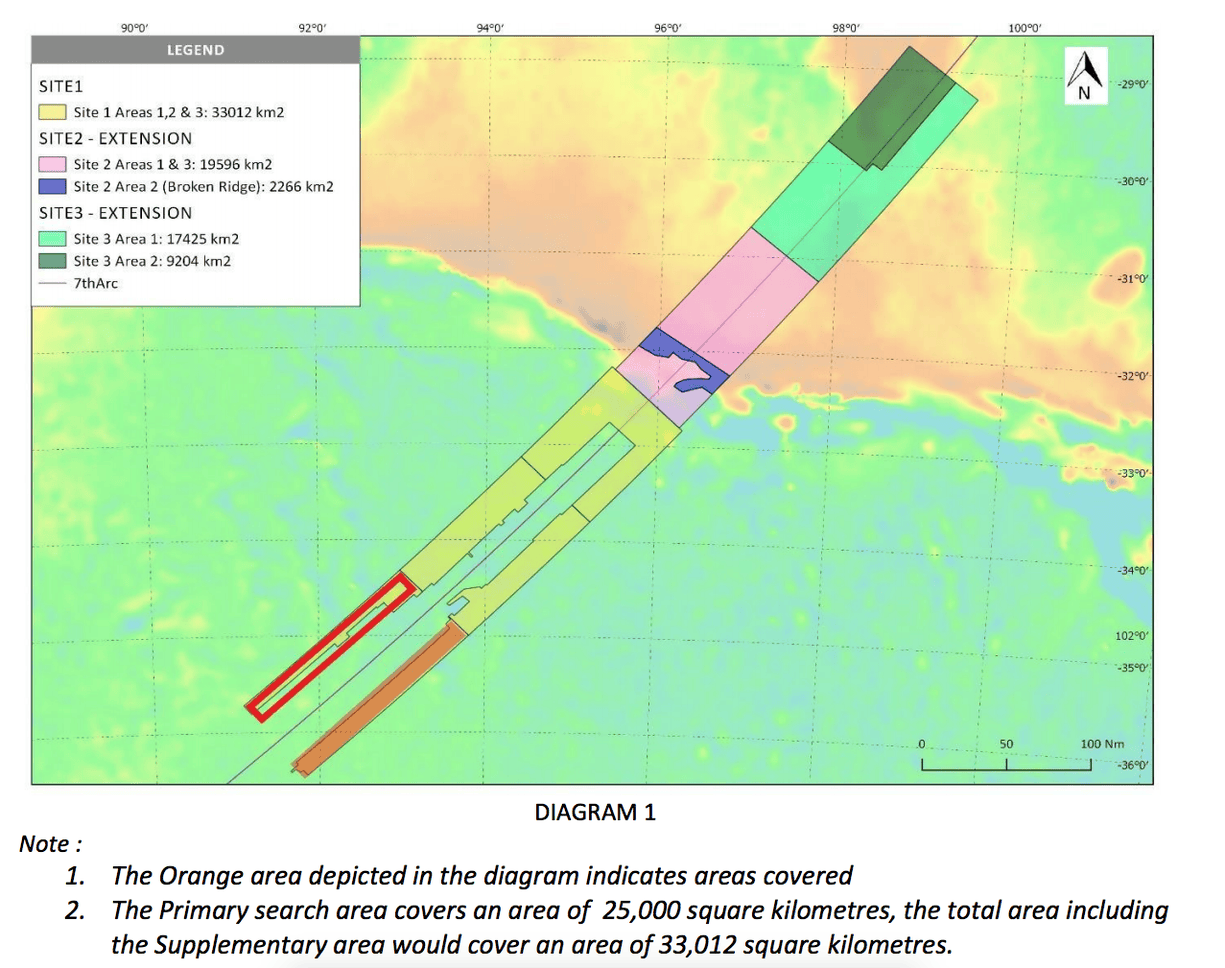 Map of the underwater search area for MH370 conducted by Ocean Infinity and showing Site 4 - the new area added to the search.
The original search area of Sites 1,2 and 3 is shown on this diagram from the first week of the search (30 January). The area in yellow corresponds to the ATSB priority area.
Photographies: Malaysian government

The wreckage, of course, might provide some insight about what caused the airplane to crash, and crews were still looking for it as recently as this year.

The latest attempt to discover it was a $70 million effort by a Texas company called Ocean Infinity, according to the Associated Press.
The mission scanned 500 square miles a day during a three-month search.
Ocean Infinity CEO Oliver Plunkett said the company's technology had performed “exceptionally well” and collected “significant amounts of high-quality data.”
Still, it found no trace of MH370.