115 years ago, this Arctic expedition ended in disaster

From National Geographic by Nina Stochlic

On the 130th anniversary of National Geographic’s founding, see what happened during an attempt to reach the North Pole.

Pacing sled dogs, bundled explorers, and meandering ice floes could be scenes from any early Arctic expedition.
But the 23 minutes of footage captured near the North Pole 116 years ago isn’t just the earliest film in National Geographic's archives—it’s a peek into a pair of wildly disastrous scientific adventures.

Members of the second Ziegler Polar Expedition set out for the Franz Josef Land archipelago in 1903.
The following year, the ship seen in the background sunk, leaving them stranded.

At the turn of the 20th century, America was in a polar frenzy.
During the 1890s, a Swedish balloon expedition, two Norwegians on skis, and an Italian Duke on a steam whaler all failed to reach the North Pole.
Meanwhile, famous authors like Arthur Conan Doyle, Mary Shelley, and Edgar Allan Poe set their characters against the mysterious and stark Arctic, and reputable sources theorized that a lost race of giants resided on the top of the Earth.
In his 1885 book, “Paradise Found: The Cradle of the Human Race at the North Pole,” the president of Boston University proposed that Atlantis, King Arthur’s Avalon, and the Garden Eden were all located in the North Pole.
“These ideas were taken very seriously and no one could refute them because no one had ever been there,” says PJ Capelotti, an anthropology professor and associate of The Polar Center at Penn State University.
Whoever became the first to reach the unknown arctic landscape was guaranteed fame and fortune stretching beyond their lifetime.
Fueled by wealthy financiers and public fascination, the “polar dash” kicked into high gear in the 1900s.

The first Ziegler Polar Expedition brough along photographer Anthony Fiala, who took this picture in 1901.
He logged it as "Alger Island showing snowcapped peak."

Evelyn Baldwin had more Arctic interest than experience until businessman William Ziegler, known as the “baking soda king,” chose him to lead an ambitious expedition to the North Pole.
Convinced by a dramatized version of an attempt to make a forward base camp in the northern islands of Franz Josef Land, Ziegler put his trust and unlimited funds in the hands of a man whose entire resume was either “outright fabrication or exaggeration,” says Capelotti.
“I do not want to see any but an American win the honor of the discovery of the North Pole, when so many of our brave country­men have sacrificed their lives in the effort to attain it,” Baldwin recounted Ziegler telling him in an announcement of the expedition in McClure’s Magazine.

In 1901, the expedition landed on Alger Island to set up a camp sight.
Evelyn Baldwin, the leader, carries an American flag.

Baldwin was confident this attempt “to determine the secrets so jealously guarded by the Ice Sphinx of the North” would succeed where others had failed.
In 1901, Baldwin’s 42-man team set off for Franz Josef Land, the world’s northernmost archipelago.
On board was Anthony Fiala, a budding photographer who left his day job as a newspaper sketch artist and engraver to join the expedition.
Over the next year, Fiala produced what is “very likely the earliest footage of any expedition to the Arctic,” according to Capelotti, whose book, “The Greatest Show in the Arctic,” chronicles their attempt.

A photograph from September 8, 1901, shows a glacier
between the islands that comprise Franz Josef Land.
Twenty-three minutes of surviving footage, likely taken during the spring of 1902, show roving dogs, balloon launches, and disassembled camps.
It was donated to National Geographic in 1986 by Fiala’s grandson, Ronald Fiala, and is the oldest film in our archives.

Seaman D.S. Mackiernan and First Assistant Scientist Russell Porter return to camp with their sled dogs in the spring of 1905.

Fiala later described his tactics for working in the -30-degree tundra without overexposing or cracking the film.
He used a bioscope—a motion camera—to “secure views of men, dogs and ponies moving over the ice-fields,” he wrote in a 1907 article for National Geographic, along with “the advance of the America [ship] through the ice, and, if possible, a bear fight.”
To prevent the film from becoming brittle as he worked he’d wrap the camera in warm blankets.

The expedition had been stranded for two years by the time a rescue ship reached them.
Anthony Fiala is pictured at the time the lost explorers first met their rescuers.

The trip was a failure.
Baldwin’s team hardly progressed north, his leadership skills were sparse, and he was later described by Ziegler as a guy who stood around smoking cigarettes and eating pie, says Capelotti.
When they returned empty handed in 1902, Baldwin was fired.

A carcass of a polar bear is hauled aboard the ship of the second Ziegler Polar Expedition.

But Ziegler still longed for his namesake expedition to reach the North Pole, and quickly launched a second attempt with Fiala at the helm.
Before departing, the pair met with Alexander Graham Bell, National Geographic’s then-president, and Gilbert H.
Grosvenor, its editor, who solidified support for the mission.
Grosvenor’s wife designed a special flag with the Society’s name for the expedition to take with them.
(This flag still accompanies National Geographic explorers around the world.)

"Observations were made on the floating ice for longitude and for magnetic declination," wrote Ziegler of his team's scientific work.

The second trip was even more disastrous.
Fiala struck out for the Arctic in 1903, but his ship sank, leaving the expedition stranded on an island in the Franz Josef Archipelago for two years.
“They were two very different expeditions in composition and leadership, but united in one thing: their incompetence,” says Capelotti.
Amazingly, all but one man survived, thanks to a steady supply of polar bear and walrus meat and the discovery of a vein of coal.
They were found by a rescue ship and returned to America in 1905.
Unfortunately, Ziegler had died earlier that year, likely assuming the worst.

Members of the second Ziegler Polar Expedition dig in to their dinners.
Despite being stranded for two years they managed to hunt enough to stay well fed.

A few scientific findings did come out of the expedition: A book by Chief Scientist William J.
Peters—comprising meteorology and topography of the Arctic—was published by National Geographic in 1907, which included First Assistant Scientist Russell Porter’s maps, and Fiala’s photography.

Fiala’s next trip took him to the jungle, as he followed Theodore Roosevelt’s so-called “River of Doubt” expedition down an Amazon tributary.
He left after six months and launched Fiala Outfits, an expedition supply company selling everything from elephant rifles to dog sledges in New York City.

The islands of the Franz Josef Land archipelago are almost entirely covered by glacier ice and sparse vegetation.
Baldwin never went on another expedition.
He worked as a Navy clerk and died after being hit by a car in the 1930s.
But he had a final taste of polar glory—on the gravestone he likely commissioned hails him as an arctic explorer.
“He's buried under his own arctic myth in the middle of Kansas,” says Capelotti.

Capelotti himself got a starring role in the lore that still surrounds the North Pole.
After an expedition to Franz Josef Land in 2006, he was the center of an Internet conspiracy theory claiming he’d discovered a race of giants and covered it up for the government.
“The idea that there's a biblical or extraterrestrial thing up there that's unexplainable is really persistent in our culture,” he says, laughing.

But there are other similarities between the gilded age missions to the North Pole and 21st century dreams of exploration: “You've got millionaires planning trips to the moon.” 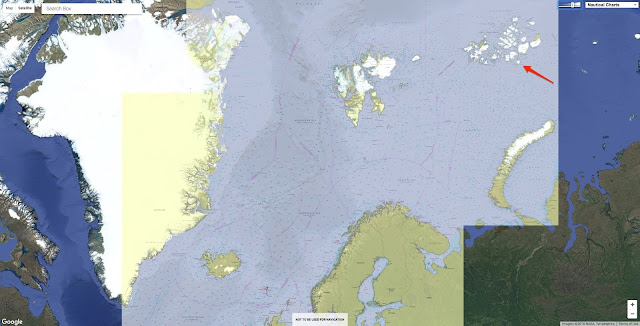 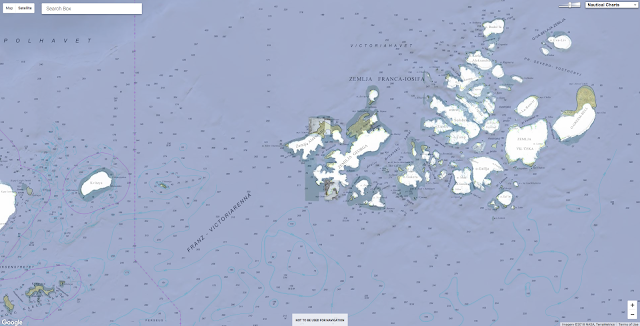 Wherever future explorers go, they’ll return with images and video to share with the masses, even if cameras no longer need to be swaddled in blankets like Fiala’s.
In his 1907 article he imagined the potential this held: “There is still land to be conquered; and it is good to know that when these unknown places are found and the flags of discovery are planted, that with the help of the sun and modern chemistry, we will all be able to view with the explorer what had once been forbidden and mysterious territory.”