From Miami to Shanghai : 3C of warming will leave world cities below sea level 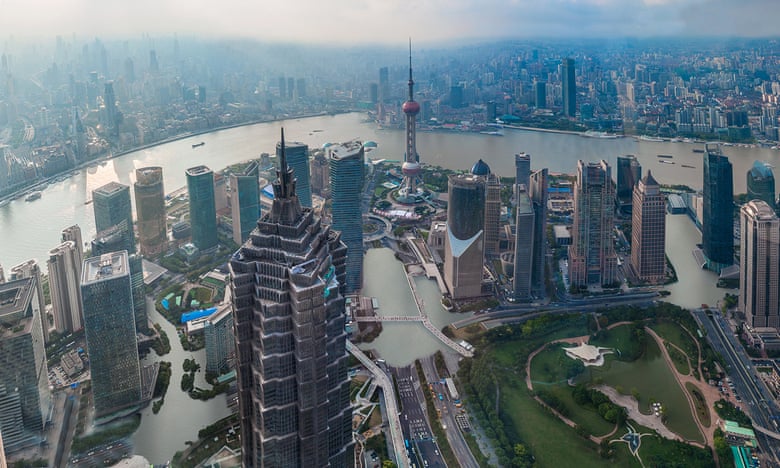 How Shanghai would look with a rise of just 2C: the UN warned this week of a potential 3C scenario.
Photograph: Nickolay Lamm/Courtesy Climate Central

Hundreds of millions of urban dwellers around the world face their cities being inundated by rising seawaters if latest UN warnings that the world is on course for 3C of global warming come true, according to a Guardian data analysis.

Famous beaches, commercial districts and swaths of farmland will be threatened at this elevated level of climate change, which the UN warned this week is a very real prospect unless nations reduce their carbon emissions. 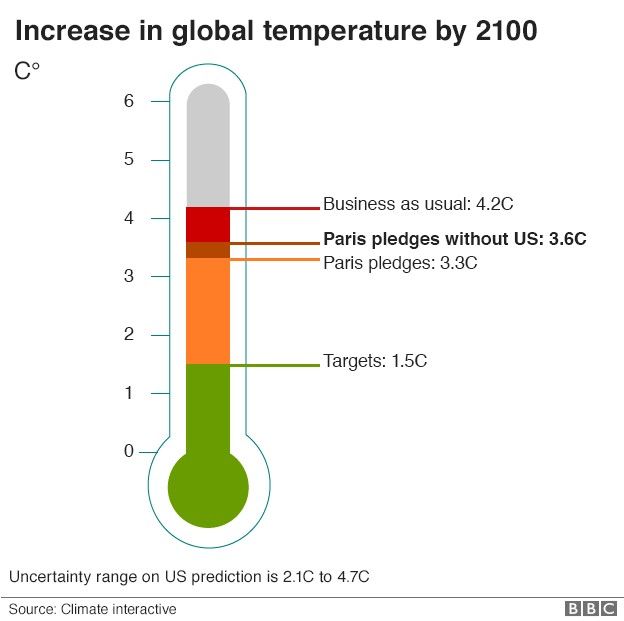 The Climate Science Special Report,
which was approved by the White House,
was compiled by US government scientists.

Data from the Climate Central group of scientists analysed by Guardian journalists shows that 3C of global warming would ultimately lock in irreversible sea-level rises of perhaps two metres.
Cities from Shanghai to Alexandria, and Rio to Osaka are among the worst affected.
Miami would be inundated - as would the entire bottom third of the US state of Florida.

The Guardian has found, however, that local preparations for a 3C world are as patchy as international efforts to prevent it from happening.
At six of the coastal regions most likely to be affected, government planners are only slowly coming to grips with the enormity of the task ahead - and in some cases have done nothing.

This comes ahead of the latest round of climate talks in Bonn next week, when negotiators will work on ways to monitor, fund and ratchet up national commitments to cut CO2 so that temperatures can rise on a safer path of between 1.5 and 2C, which is the goal of the Paris agreement reached in 2015.

The momentum for change is currently too slow, according to the UN Environment Programme.
In its annual emissions gap report, released on Tuesday, the international body said government commitments were only a third of what was needed.
Non-state actors such as cities, companies and citizens can only partly fill this void, which leaves warming on course to rise to 3C or beyond by the end of this century, the report said.

The UN’s environment chief, Erik Solheim, said progress in the year since the Paris agreement entered into force has been inadequate.
“We still find ourselves in a situation where we are not doing nearly enough to save hundreds of millions of people from a miserable future,” he said. 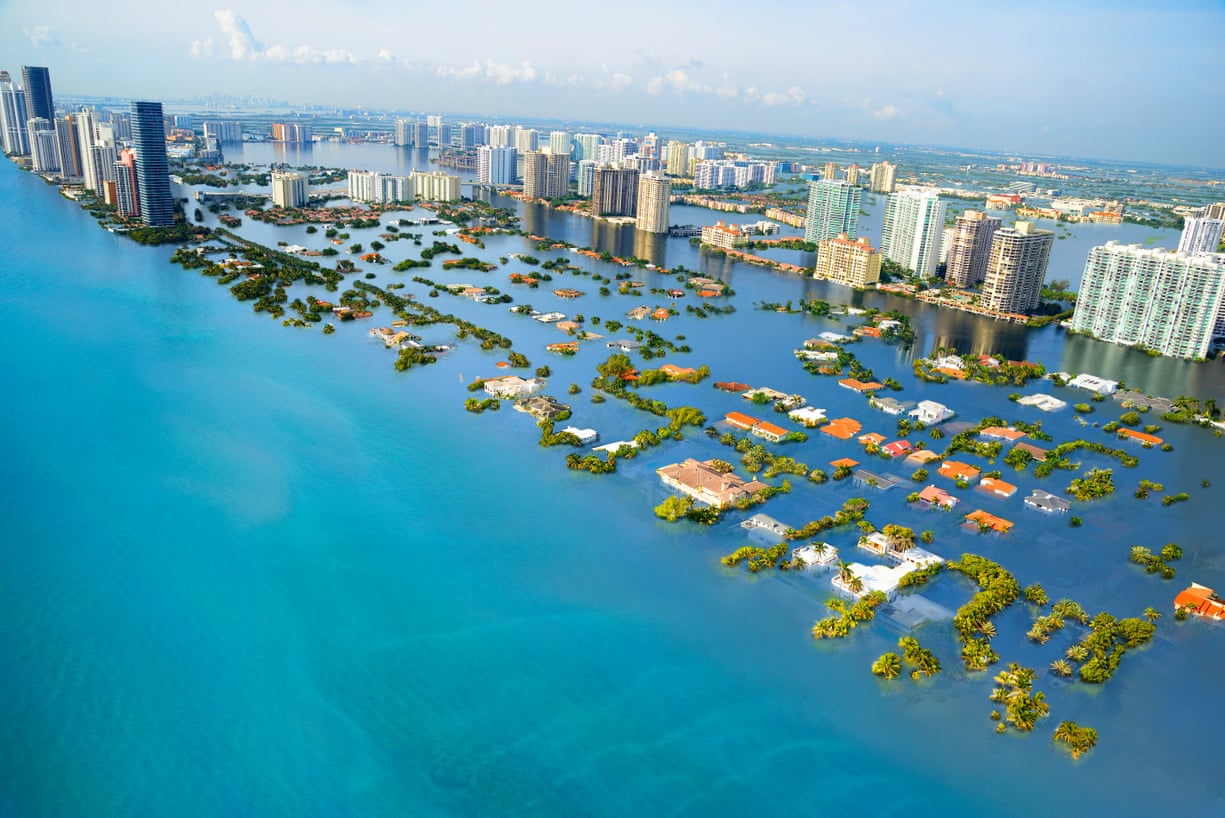 Nature’s ability to help may also be diminishing.
On Monday, the World Meteorological Organisation said concentrations of carbon dioxide in the atmosphere rose last year at a record speed to reach 403.3 parts per million - a level not seen since the Pliocene era three to five million years ago.

A 3C rise would lead to longer droughts, fiercer hurricanes and lock in sea-level rises that would redraw many coastlines.
Depending on the speed at which icecaps and glaciers melt, this could take decades or more than a century.
Colin Summerhayes of the Scott Polar Research Institute in Cambridge said three-degrees of warming would melt polar and glacier ice much further and faster than currently expected, potentially raising sea levels by two metres by 2100.

At least 275 million city dwellers live in vulnerable areas, the majority of them in Asian coastal megacities and industrial hubs such as Shanghai, Shenzhen, Bangkok and Tokyo.

Japan’s second biggest city, Osaka, is projected to lose its business and entertainments districts of Umeda and Namba unless global emissions are forced down or flood defences are built up.
Officials are reluctantly accepting they must now put more effort into the latter.

“In the past our response was focused on reducing the causes of global warming, but given that climate change is inevitable, according to the Intergovernmental Panel on Climate Change (IPCC), we are now discussing how to respond to the natural disasters that will follow,” said Toshikazu Nakaaki of the Osaka municipal government’s environment bureau.


two°C - New-York City from Maxime // Menilmonde
What if New-York City was underwater? Is this scenario possible?
All the explanations on this film are on menilmonde.com/two-c-new-york/

In Miami - which would be almost entirely below sea level even at 2C warming - the sense of urgency is evident at city hall, where commissioners are asking voters to approve a “Miami Forever” bond in the November ballot that includes $192m for upgrading pump stations, expanding drainage systems, elevating roads and building dykes.

Elsewhere, there is less money for adaptation and a weaker sense of urgency.
In Rio de Janeiro, a 3C rise would flood famous beaches such as Copacabana, the waterfront domestic airport, and many of the sites for last year’s Olympics.
But the cash-strapped city has been slow to prepare.
A report compiled for Brazil’s presidency found “situations in which climate changes are not considered within the scope of planning”. 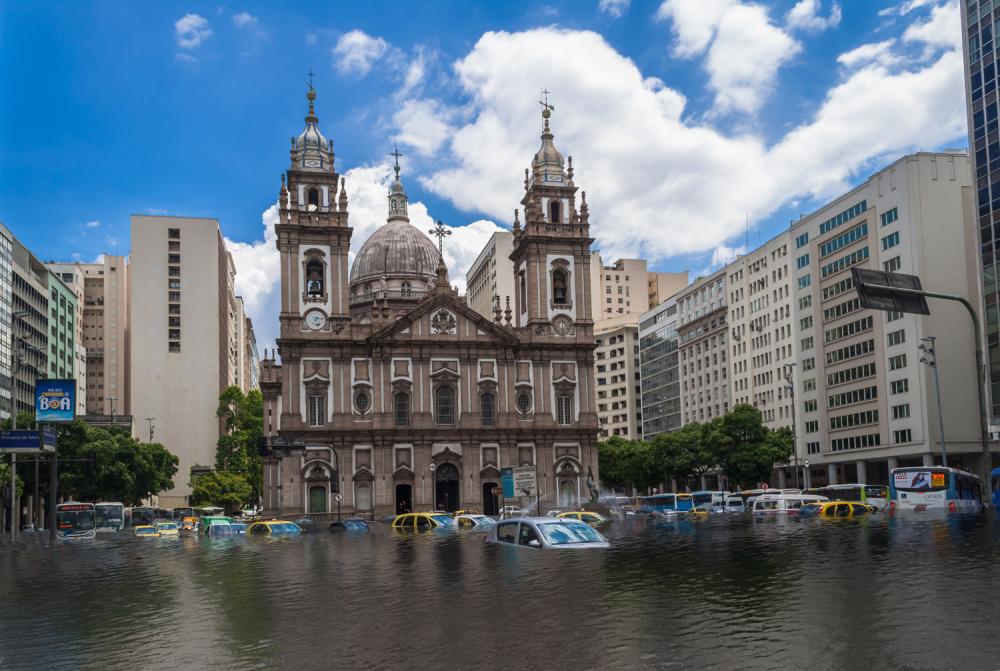 Image of Candelária Church in Rio, Brazil, with a 4°C temperature rise scenario.

In Egypt, even a 0.5m sea-level rise is predicted to submerge beaches in Alexandria and displace 8 million people on the Nile Delta unless protective measures are taken, according to the IPCC.
But local activists say the authorities see it as a distant problem.
“As far as I’m concerned, this issue isn’t on the list of government priorities,” said Ahmed Hassan, of the Save Alexandria Initiative, a group that works to raise awareness of the effects of climate change on the city.

The impacts will also be felt on the economy and food production.
Among the most vulnerable areas in the UK is Lincolnshire, where swaths of agricultural land are likely to be lost to the sea.

“We’re conscious that climate change is happening and perhaps faster than expected so we are trying to mitigate and adapt to protect people and property.
We can’t stop it, but we can reduce the risk.” said Alison Baptiste, director of strategy and investment at the UK Environment Agency.
She said the measures in place should protect most communities in the near and medium term, but 50 years from now the situation will become more challenging.
“If climate change projections are accurate, we’re going to have to make some difficult decisions.”