Satellites guide ships in icy waters through the Cloud In late August, the 60 m-long US Coast Guard Cutter Maple completed its navigation through the Arctic’s ice-ridden Northwest Passage.
While this was not the first time ships had taken this route, it was the first time that the International Ice Patrol had provided iceberg information based exclusively on satellite imagery.

Established in 1914 in response to the sinking of the Titanic, the US Coast Guard International Ice Patrol (IIP) monitors iceberg danger in the North Atlantic Ocean for shipping safety.

When the Maple departed from Alaska in mid-July en route through the Arctic to Maryland, USA, the IIP was on guard to assist the crew to navigate through the notoriously icy waters. 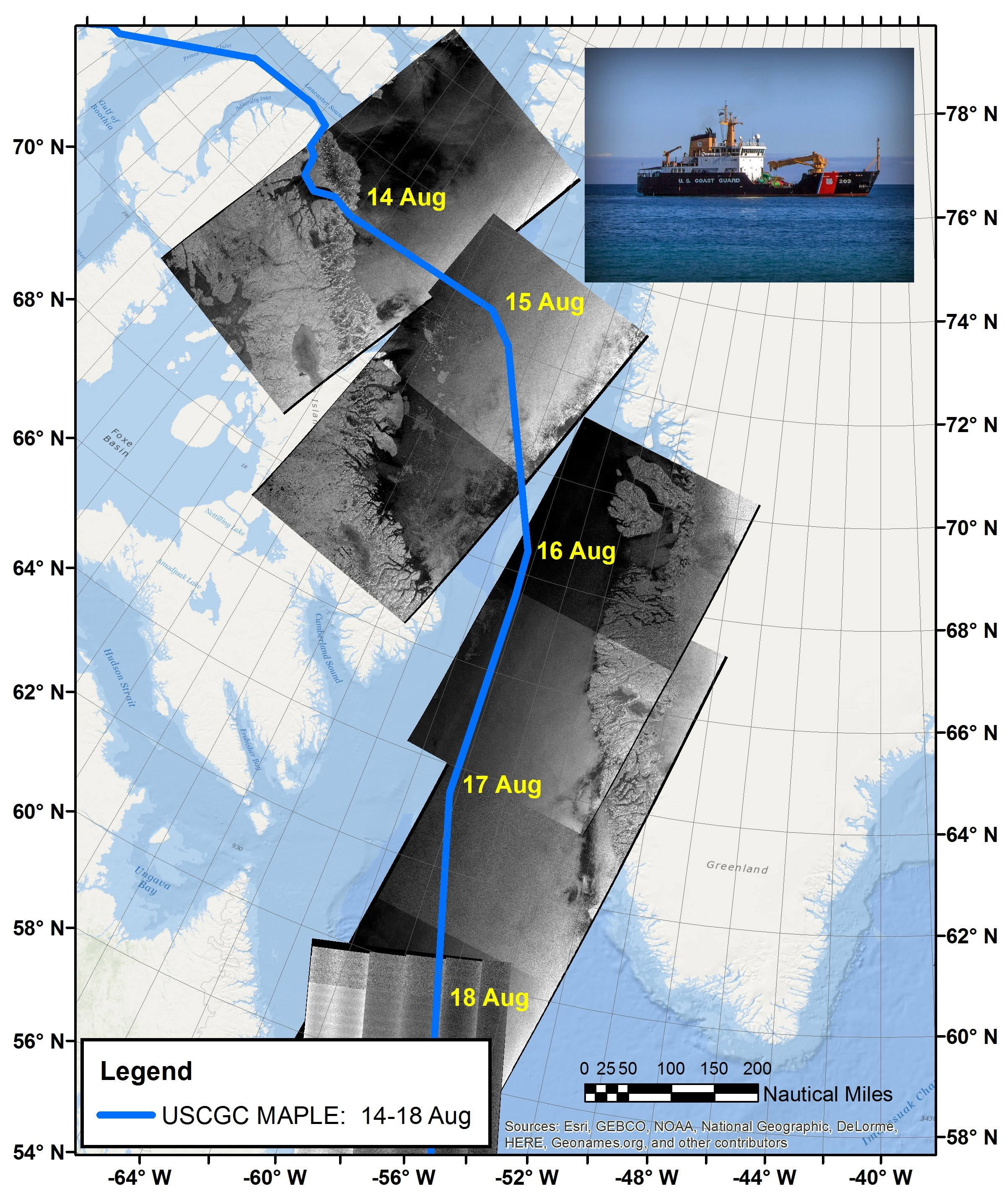 The region through which the ship Maple transited 14–18 August 2017, with approximate ship locations identified in yellow on each day.
The map has been overlaid with images from the Sentinel-1 radar satellite mission.

The IIP used data from the Copernicus Sentinel-1 satellite mission, among others, to create charts showing the risk of encountering icebergs after exiting from the Northwest Passage and during transit through the Baffin Bay, Davis Strait and Labrador Sea.
Sentinel-1 is equipped with radar that can detect icebergs through cloud cover, a capability particularly beneficial in the IIP’s operating area.
Sentinel-1 can also distinguish between the thinner, more navigable first-year ice and the hazardous, much thicker multiyear ice to help assure safe year-round navigation in ice-covered Arctic and sub-Arctic zones. 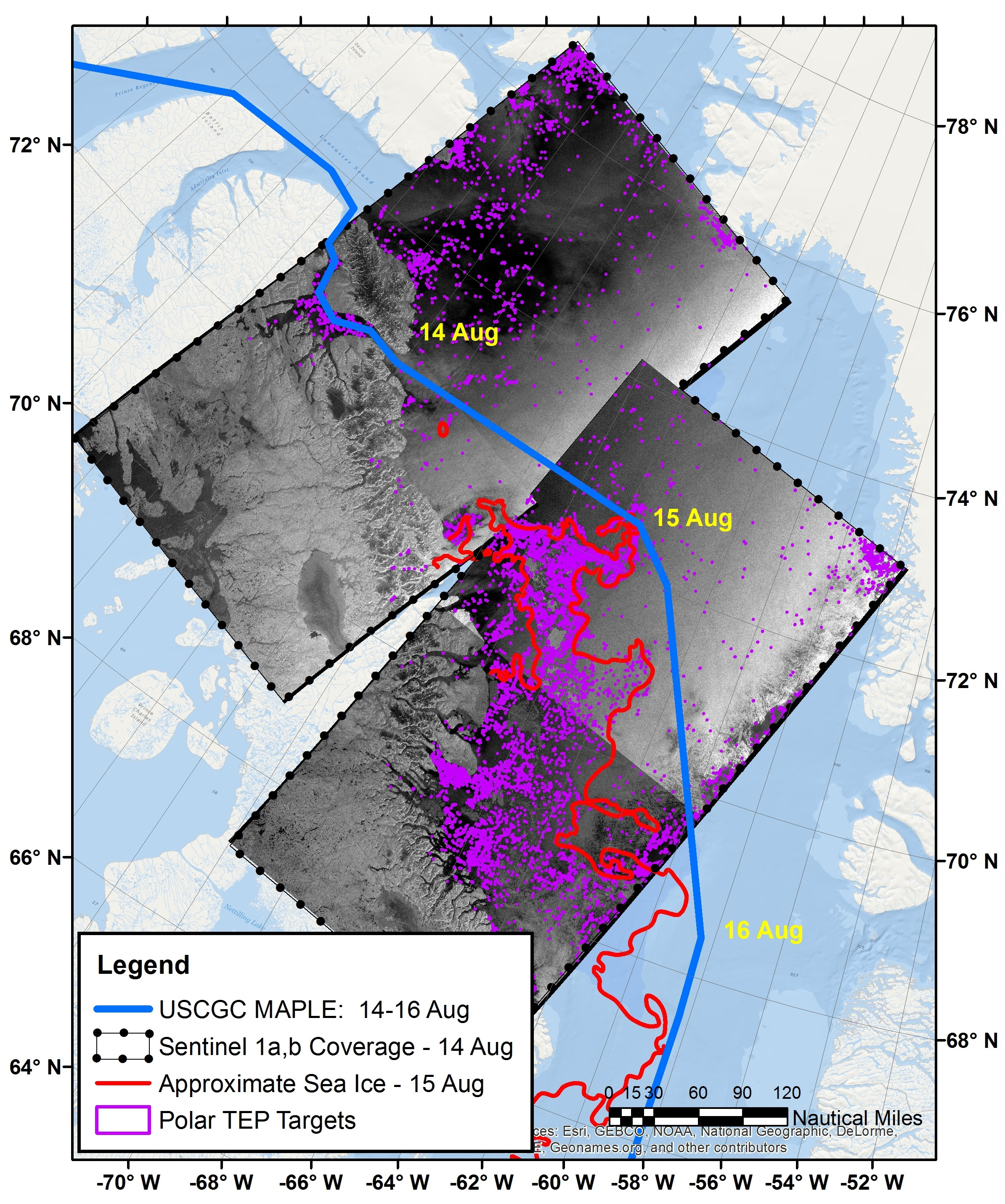 “This experience using the Polar TEP cloud-based technology opens the door for future evaluations of a more robust version of the iceberg detection and iceberg trajectory processors,” said Michael Hicks, Chief Scientist of the International Ice Patrol.
“Cloud-based technology such as that used by Polar TEP is expected to be an important tool for handling the ever-growing amount of data coming from space.”