From Phys by Rob Gutro

The low pressure area known as System 90L developed rapidly since Jan. 13 and became Hurricane Alex on Jan. 14. Several satellites and instruments captured data on this out-of-season storm.
NASA's RapidScat instrument observed sustained winds shift and intensify in the system and NASA's Aqua satellite saw the storm develop from a low pressure area into a sub-tropical storm.
NOAA's GOES-East satellite data was made into an animation that showed the development of the unusual storm. 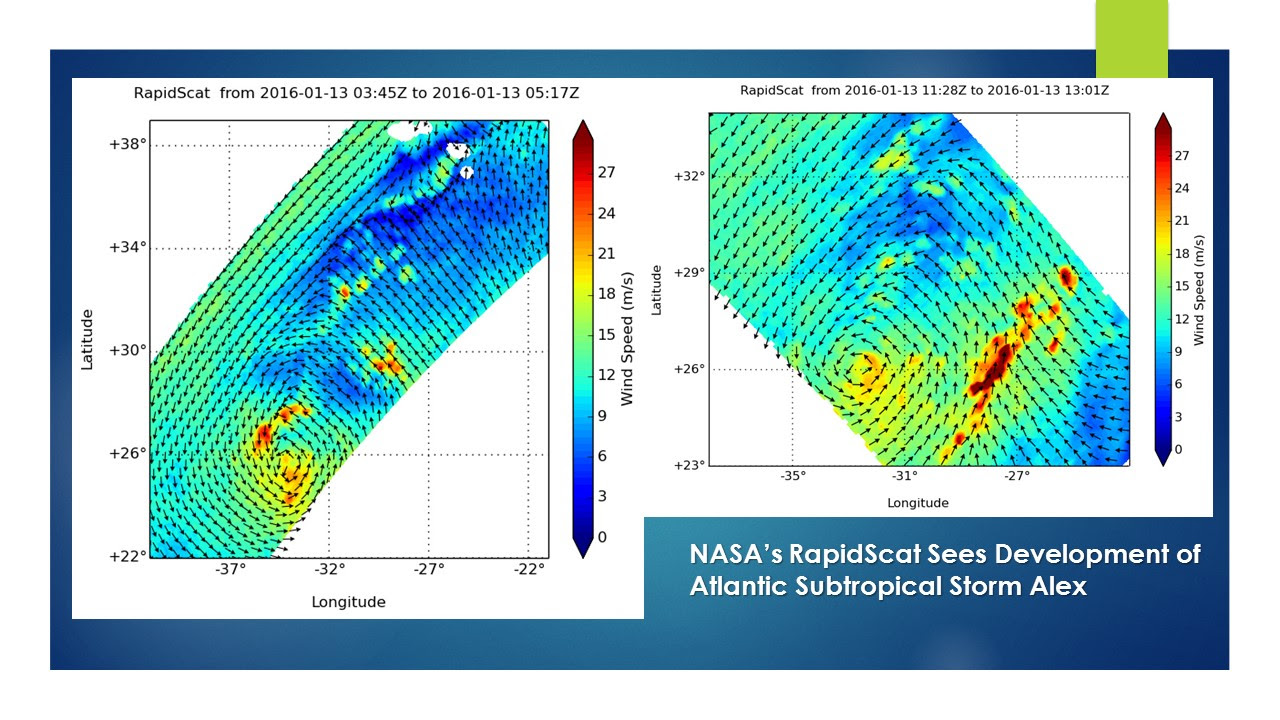 Twice on Jan. 13 NASA's RapidScat instrument measured the strongest sustained winds in what was then a tropical low pressure area called "System 90L."
RapidScat flies aboard the International Space Station. RapidScat's earliest view of System 90L showed strongest sustained winds were near 27 meters per second (mps)/60.4 mph/97.2 kph) and were located northwest of center.
Eight hours later at 1200 UTC (7 a.m. EST) strongest sustained winds shifted east of center and increased to near 30 mps (67.1 mph/108 kph), making them tropical-storm force.
Later in the day at 2100 UTC (4 p.m. EST) satellite images indicated that the low pressure system developed into a subtropical storm and was named Alex.
At the time, Alex was located near 27.1 degrees north latitude and 30.8 degrees west longitude, about 782 miles (1,260 km) south-southwest of the Azores.
By 1500 UTC (10 a.m. EST) on January 14, hurricane force winds extended outward up to 25 miles (35 km) from the center and tropical storm force winds extend outward up to 150 miles (240 km). 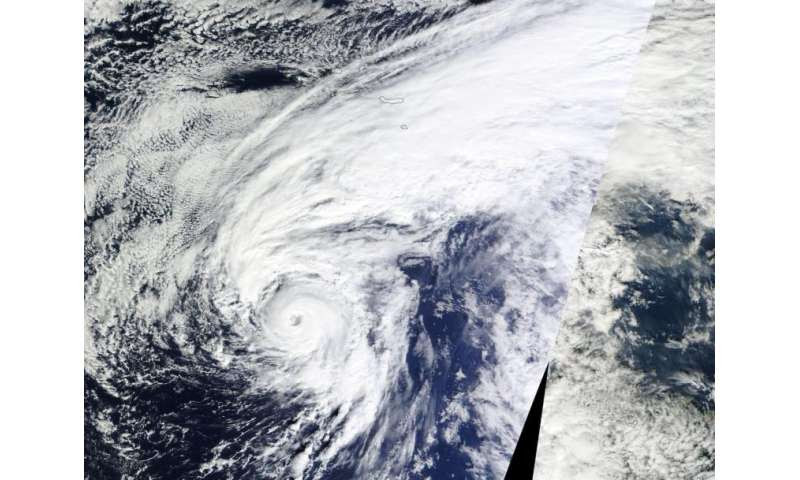 This animation of GOES-East satellite imagery from Jan. 10 to 14 shows the development of Hurricane Alex in the Central Pacific Ocean.
Credit; NASA/NOAA GOES Project

NHC's Forecaster Pasch said "Remarkably, Alex has undergone the transformation into a hurricane. A distinct eye is present, embedded within a fairly symmetric mass of deep convection.
It is very unusual to have a hurricane over waters that are near 20 degrees Celsius, but the upper-tropospheric temperatures are estimated to be around -60 degrees Celsius, which is significantly colder than the tropical mean.
The resulting instability is likely the main factor contributing to the tropical transition and intensification of Alex."
Alex is expected to maintain hurricane status on Friday, Jan. 15 and transition into an extra-tropical storm by Jan. 16 as it continues to move north toward Greenland.