Book : Pacific: The Ocean of the Future by Simon Winchester review – does salvation lie in the world’s ‘dominant entity’?

Travelling the circumference of the truly gigantic Pacific, Simon Winchester tells the story of the world's largest body of water, and - in matters economic, political and military - the ocean of the future.
The Pacific is a world of tsunamis and Magellan, of the Bounty mutiny and the Boeing Company.
It is the stuff of the towering Captain Cook and his wide-ranging network of exploring voyages, Robert Louis Stevenson and Admiral Halsey.
It is the place of Paul Gauguin and the explosion of the largest-ever American atomic bomb, on Bikini atoll, in 1951.
It has an astonishing recent past, an uncertain present and a hugely important future.
The ocean and its peoples are the new lifeblood, fizz and thrill of America - which draws so many of its minds and so much of its manners from the sea - while the inexorable rise of the ancient center of the world, China, is a fixating fascination.
The presence of rogue states - North Korea most notoriously today - suggest that the focus of the responsible world is shifting away from the conventional post-war obsessions with Europe and the Middle East, and towards a new set of urgencies.
Navigating the newly evolving patterns of commerce and trade, the world's most violent weather and the fascinating histories, problems and potentials of the many Pacific states, Simon Winchester's thrilling journey is a grand depiction of the future ocean.


From The Guardian by Philip Doare

Will the Pacific save us?
In his biography of an ocean, Simon Winchester finds an optimistic note among all the doom we humans trail in our wake.
This enormous body of water, which covers roughly a third of the planet’s surface, has become a cistern for our western sins.
We have raided its indigenous peoples and animals; our world wars and nuclear tests have contaminated its islands and seas.
How does it repay us?
By absorbing the heat caused by our excessive burning of fossil fuels, acting as a “gigantic safety valve” to global warming.
Archipelagos may be overwhelmed and coral reefs die, but in the end, Winchester intimates, the Earth will survive because of “the dominant entity on the planet” – all 64 million square miles of it. 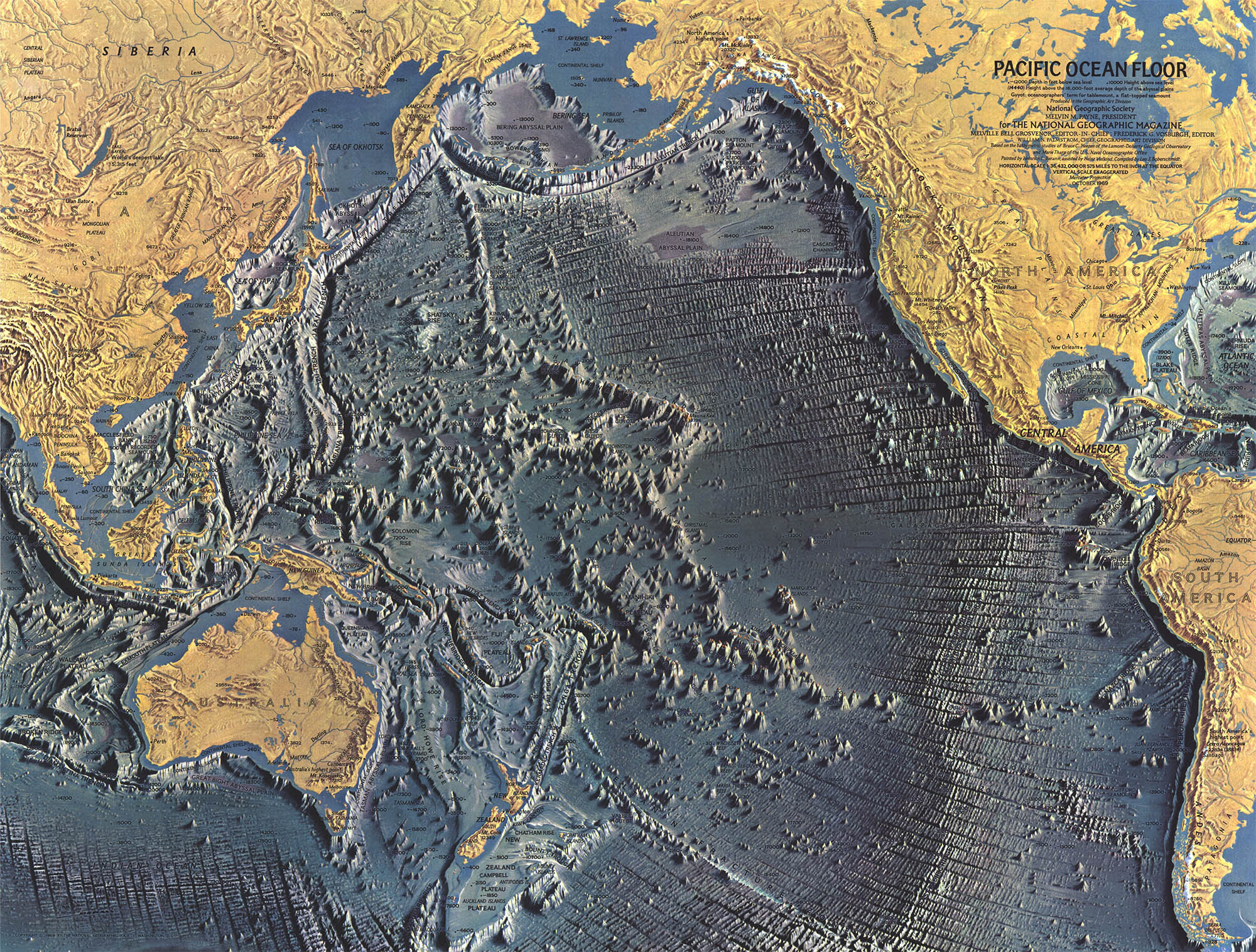 As a companion to his magisterial Atlantic, Winchester’s Pacific is an equally digressive book, worthy of Herman Melville, and full of wondrous anecdotes that would fuel an entire series of QI.
Sikh guards were employed by the British to guard their colonial armouries because their religion forbade smoking.
Newly discovered deep-sea vents, where life itself may have begun, recycle all of the planet’s oceanic water every 10 years.
All of the continents could fit into this one ocean.
To encompass this vastness in one book, Winchester selects a series of key moments in the Pacific’s recent history.
He starts in 1950 with a bravura chapter, The Great Thermonuclear Sea.
It is not a pretty story.
Places recently ravaged by bloody war faced a new outrage: the multiple detonation of atomic bombs.
Far from the Berlin Wall, the cold war was rehearsed in blood-warm seas. Islands, and islanders’ bodies, became test sites for the apocalypse.
One explosion was witnessed by a reporter from the New York Times.
“It was like watching the birth and death of a star, born and disintegrated in the instant of its birth... it lighted up the sky and ocean with the light of many suns, a light not of the earth”.

Not all of Pacific’s scenes are so dark.
A scintillating chapter on the transition of surfing from Hawaii to California in 1907, courtesy of a half-Hawaiian, half-Irish surfer named George Freeth, hymns the “erotic, arching elegance” of this democratic use of the sea.
We follow the birth of the Sony Corporation in Japan and the sacking of Gough Whitlam in Australia, both tectonic shifts in the cultural rise of the Pacific Rim.
Western interests fall, with the symbolic sinking (probably due to sabotage) of the Queen Elizabeth in Hong Kong’s harbour; Prince Charles sails over its wreck in 1997 as he and the British leave the colony to new rulers described by the prince as “appalling old waxworks”.

But the greatest power of the Pacific is elemental.
It is where our weather is born, and in a brilliant chapter on El Niño and climate change, Winchester shows that the placid ocean is becoming steadily more stormy, wreaking indiscriminate havoc from the Philippines to Australia.
At the same time, those waters have become witness to “a sudden and wholesale redistribution of world power”, from America to China.
Far from running scared at the notion, Winchester wonders if it might not actually be a good thing if we were to allow the east its turn, rather than falling back on our old notions of racial superiority.
The Pacific is our future ocean.
And in this provocative, elegant book, it has found a new and lucid storyteller.