Sixty years of data show waves are getting stronger, threatening coastlines and infrastructure


Climate change is modifying the way our oceans work in many different ways, including ocean acidification and water warming.
But where people really start to pay attention is where humans and oceans meet: the coast.

On the coast, most people have heard about sea level rise and assume that it is the major new problem affecting coastlines.
This is because we have a great deal of tangible scientific evidence that sea levels have been rising, and we are able to project future changes with relative certainty. 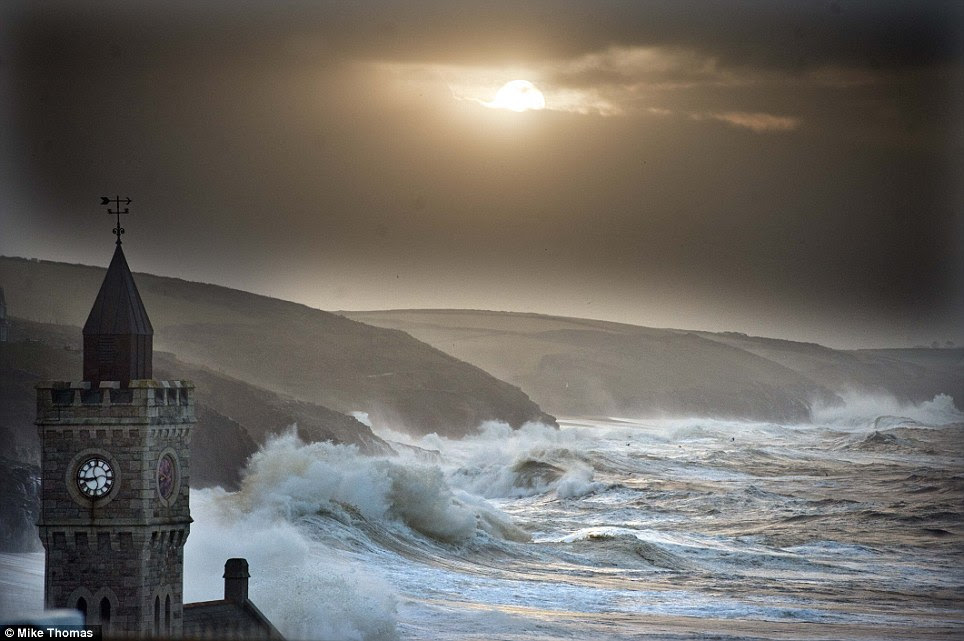 There have been some changes in coastal policies around sea level rise (SLR) but overall it is hard to garner action around SLR, because it is a creeping problem with some of its greatest impacts many decades away (i.e., many election cycles).

There’s another force out there that garners less attention yet has an even greater effect in shaping our coasts: waves.
It governs where we live and the coastal infrastructure we build.
In terms of both erosion and flooding, wave action is king.
Waves drive everything on our coastline.
They determine where the beaches, marshes and reefs occur.
They shape our headlands, our bays and our open coasts.
Waves determine where and in what direction we have built the hundreds of thousands of coastal defense structures (e.g., seawalls, breakwaters and dikes) we have erected over centuries.
Yet while sea level rise registers globally and while its future projections get clearer, we don’t yet have a similar degree of consensus and confidence when talking about the future of waves. Projections for future waves have until now been rare.
Historical changes observed by buoys, ships, and satellites point to increasing wave heights in many regions.

It is the relentless pounding of these waves and the angle or direction of incoming wave energy that will determine our future coasts, so quickly expanding our understanding of current and future patterns in wave energy is critical for coastal management and decision making.
Recently, we have been able to show that wave energy has been changing throughout the last six decades.

Differences in the mean wave power from the period 2001–2008 with respect to the decade of 1981–1990 (kW/m). After Reguero et al (2015).
In the southern ocean increased intensity of 20-30 kilowatts per meter in some regions of the ocean will intensifies the threat of erosion.
Even a modest increase in northern ocean threatens coastal communities.

After comparing the differences in wave energy throughout the decades, we found that there was more energy in waves in many regions from the 90s and 00s as compared to the 80s (see map). Indeed, the wave energy has been increasing greatly across nearly the entire Southern Ocean covering most of the coasts of South America, Africa, Australia and Micronesia.
The pattern is more complex in the northern hemisphere with Europe and the US West coast seeing less wave energy, but the US-East and Caribbean seeming somewhat more wave energy.

Overall there are significant increases in wave energy and this affects many of the most at risk large cities and vulnerable small island states alike.
Moreover wave energy can increase greatly from more regular climatic events.
For example, with an upcoming El-Niño season, we can expect wave energy to increase in many areas across the Pacific Ocean.
Here in California, we are hoping the El Nino brings much needed rain (and the surfers hope for fun waves); we have forgotten for a moment the images of cliffside erosion and homes falling in to the water as they succumb to the erosion from these waves and wind.

Waves are powerful and their effects are easily observable on our coasts.
As wave energy increases, these effects will be more profound.
Most of our coastal structures were designed and permitted to withstand a very particular amount and direction of wave attack.
Flooding and erosion will accelerate.
Our coastal defense structures will fail more often and more spectacularly.

This will be bad news overall, but at least these climate change problems will be highly observable (even photogenic) and should motivate action from decision-makers.
We need to quickly and better understand these changes.
Our assessments of risk and where we build based on this risk must be updated.
Our future structures must be designed to withstand these changing forces.
By furthering the research in wave action and refining future wave projections, we can determine what’s in store for our coasts in an era that will also include rising seas and chart the best possible course to protect our coastal communities.