The magnetic poles (indicated by green circles) slowly move with time.
The magnetic declination varies with time due to changes of the Earth's magnetic field.
Since the 1970's the Magnetic North Pole has accelerated from less than 10 to more than 30 miles per year 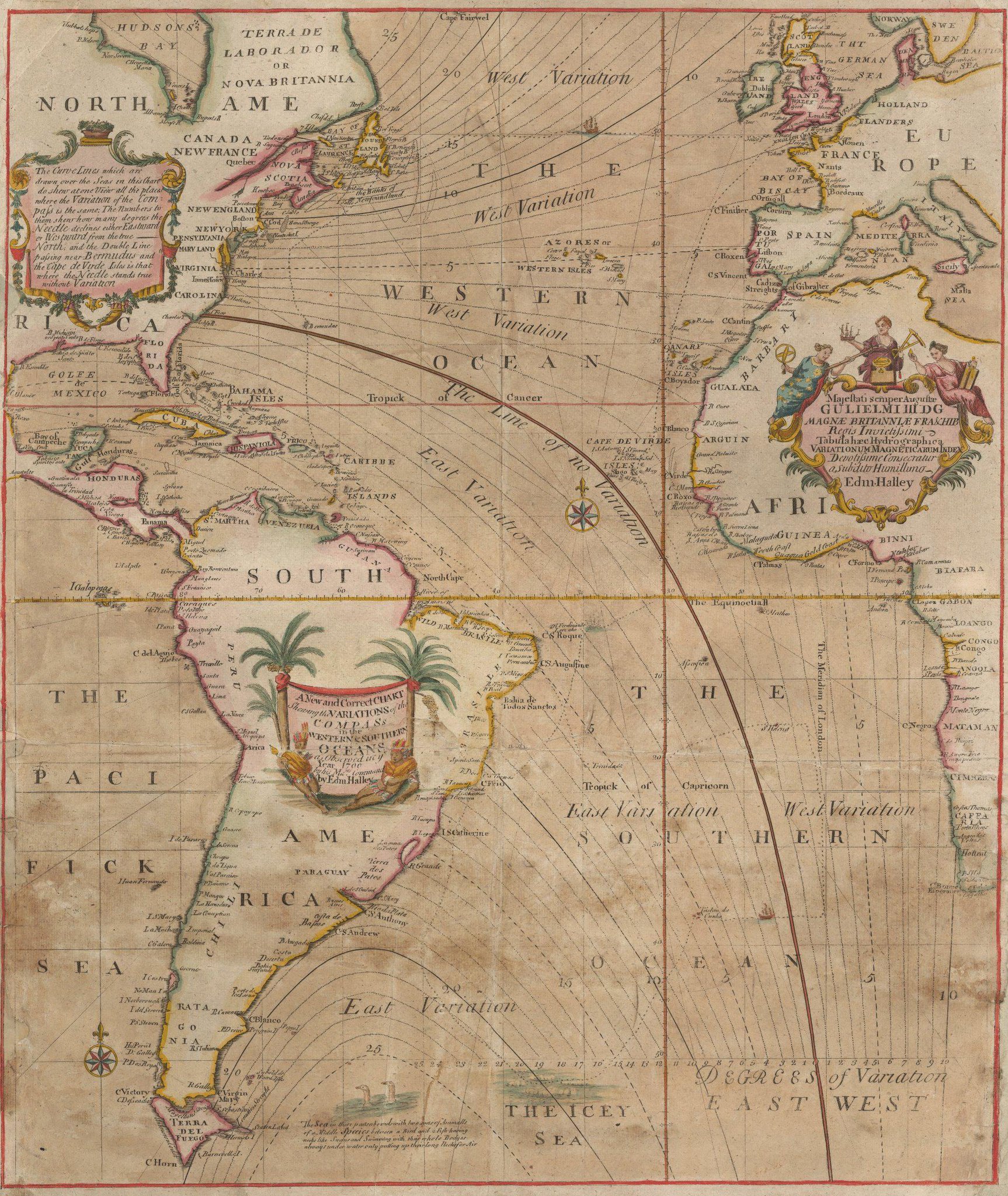 1700 map of declination (compass variation) maybe first use of isolines ? 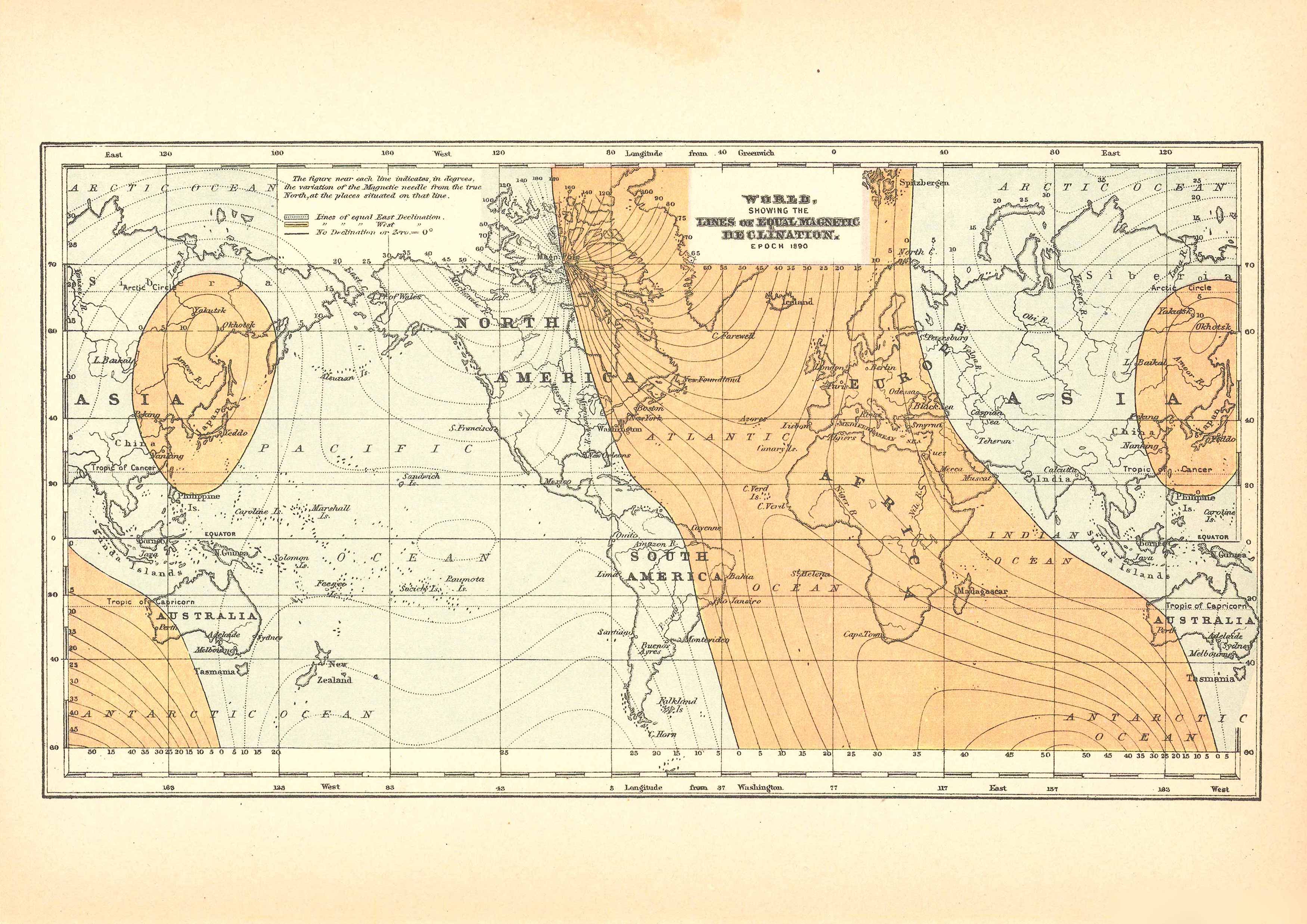 World Showing the Lines of Equal Magnetic Declination (1896)
original 1858 by Prof. A. Guyot

It is important to know the magnetic declination when using a compass to navigate so that the direction of True North can be determined.
Since the 1970's, the movement of the Magnetic North Pole has accelerated, which is noticeable in this dataset.
In this figure and animation, the magnetic field from 1590 to 1890 is given by the GUFM-1 model of Jackson et al. (2000), while the field from 1900 to 2015 is given by the 11th generation of the International Geomagnetic Reference Field.
Between 1890 and 1900, a smooth transition was imposed between the models.
This visualization uses a transverse aspect of the Plate Carrée projection to minimize distortion near the poles.