"When battle looms, UUVs could push the fleet's defensive frontier outward, holding surface and subsurface threats at bay while working with other sensors to apprise commanders of what's transpiring in their environs."

From TheNationalInterest by James Holmes

What's an unmanned underwater vehicle (UUV) good for?
A lot—if the technology fulfills its hype.
In that sense the UUV inhabits the same limbo as shipboard unmanned aerial vehicles (UAVs).
UAVs have proved they can operate from aircraft-carrier flight decks, but the U.S. Navy appears conflicted about whether they should be mainly surveillance or mainly strike aircraft.
UAVs clearly have a place in the carrier air wing, but time, technological progress, and cost will determine what it is. In turn tactics, operations, and strategy must obey the limits of the possible.

A fair amount of ink has been spilled over the years elucidating the technical dimensions of UUV projects.
Rather than retread old ground, let's situate UUVs in their operational and strategic context.
If things do work out, remote-controlled or autonomous UUVs could amplify the U.S. Navy's effectiveness throughout the slate of missions entrusted to that fighting force.
Surface vessels could deploy UUVs for reconnaissance or combat duty.
Indeed, the U.S. Navy's littoral combat ships rely on embarked helicopters and UUVs for anti-submarine and counter-mine missions.
Attack submarines, moreover, can carry UUVs sized for launch through their torpedo tubes.
Larger, more capable vehicles boasting their own armament are also in the works as an adjunct to the silent service.

To glimpse the import of this newfangled gadgetry, look at the map.
To police the maritime commons, in peacetime and wartime alike, a navy needs sufficient assets and firepower on station at the right places and times.
A regional power—even a China or India—has the luxury of concentrating its resources in discrete parts of the commons.
Beijing cares mainly about the China seas, New Delhi mainly about the Indian Ocean.
That simplifies problems for Chinese and Indian seafarers.

But if you're the U.S. Navy and your operating theater is the world, police or warfighting duty demands not just serious combat capability but ships and aircraft in large numbers.
When budgets are fixed, shipbuilding costs are spiraling upward, and fleet totals are stagnant, commanders and their political masters naturally cast about for lower-cost substitutes for pricey hulls and airframes.
It's an open question whether the navy can afford the modest boost in fleet totals the sea-service leadership envisions.
For instance, the attack-submarine inventory may fall to as few as 41 boats over the coming years as the navy strains to fund replacements for its aging Ohio-class ballistic-missile subs.
Fewer SSNs, less geographic coverage.
Hence service chieftains' search for UUVs and carrier-borne UAVs.

Geography, then, stands aback of the mania for new undersea capabilities.
But it's not just the sheer volume of water to be overseen, is it?
It's also about working within the fixed setting imposed by nautical terrain.
Where can mariners find enemies plying the waves, or otherwise monitor and regulate the flow of shipping?
No navy, no matter how well equipped with gee-whiz hardware, is all-seeing.
Now as throughout history, the best places to find a ship are at its port of origin, at its destination, if known, or at focal points such as straits where shipping must converge to pass from point A to point B. 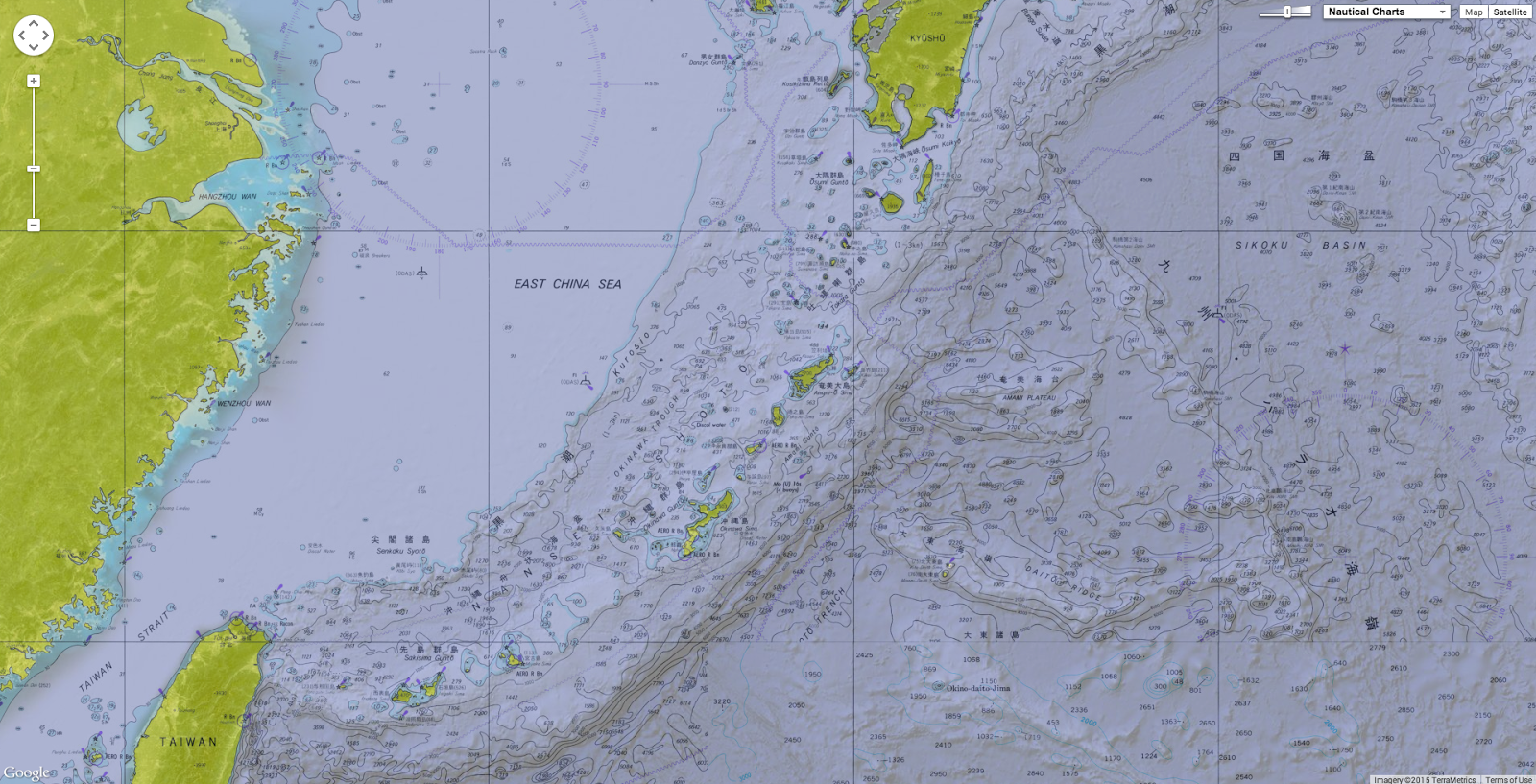 In Northeast Asia, for instance, passages piercing the Ryukyus island chain funnel east-west passage between the East China Sea and Western Pacific into narrow pathways.
Such pathways are easily monitored—and perhaps interdicted—relative to seeking out adversaries on the open ocean.
The Malay Peninsula and Indonesian archipelago, similarly, corral shipping transiting between the South China Sea and the vast Indian Ocean into cramped shipping lanes.

Stationing UUVs at such geographic nodes would amplify the American presence, improving watchfulness for a fleet too small to be everywhere all the time. Such sentinels—especially if technology permits arming them for distant operations—will bolster the prospects for success in such missions as fleet actions, sea denial, blockades, and otherwise controlling major sea routes.
A century ago historian Sir Julian S. Corbett catalogued the basic functions navies perform.
For Corbett a navy exists to dispute a stronger opponent's command of the sea, wrest away command for itself, and exploit command once it's in hand.
That's not a bad way to project the contributions UUVs could make, and to measure success as they join the fleet.


An interesting documentary on US navy nuclear armed submarines
produced by the pentagon channel.

For instance, submarines remain the sea-denial platform par excellence.
They can penetrate and wreak havoc in enemy-dominated waters while the U.S. and allied surface fleets try to assemble combat power sufficient to win command.
UUVs can act as the eyes of the undersea fleet and, over time, could extend attack boats' combat reach beyond the very modest range of their torpedoes.
When battle looms, UUVs could push the fleet's defensive frontier outward, holding surface and subsurface threats at bay while working with other sensors to apprise commanders of what's transpiring in their environs.
Acting as a fleet skirmisher, safeguarding the underwater flank, and helping complete the operational picture is no small accomplishment.

And once the American and allied navies gain control of contested waters, UUVs will still have their part to play.
Winning command of the sea confers the prerogative to control shipping, blockade enemy shores, land troops, and on and on.
Littoral combat ships, for example, would likely be assigned to deploy their UUVs to clear minefields before amphibious transports moved inshore to land marines or soldiers.
Keeping watch over nautical focal points would help the navy enforce maritime quarantines while preventing an enemy from mounting new high-seas threats.
UUVs, in short, could become the new workhorses of the fleet.

So my metrics for judging the progress of UUV operations will be technical adequacy and Sir Julian's geographically informed guide to maritime strategy.
Are unmanned underwater vehicles a cure-all for everything that ails a cash-strapped navy?
Doubtful.
But their potential is worth tapping to the max.