As our public viewer is not yet available
(currently under construction, upgrading to Google Maps API v3 as v2 is officially no more supported),
this info is primarily intended to our Phone/iPad universal mobile application users
(Marine Brazil on the App Store)
and also to our B2B customers which use our nautical charts layers
in their own webmapping applications through our GeoGarage API. 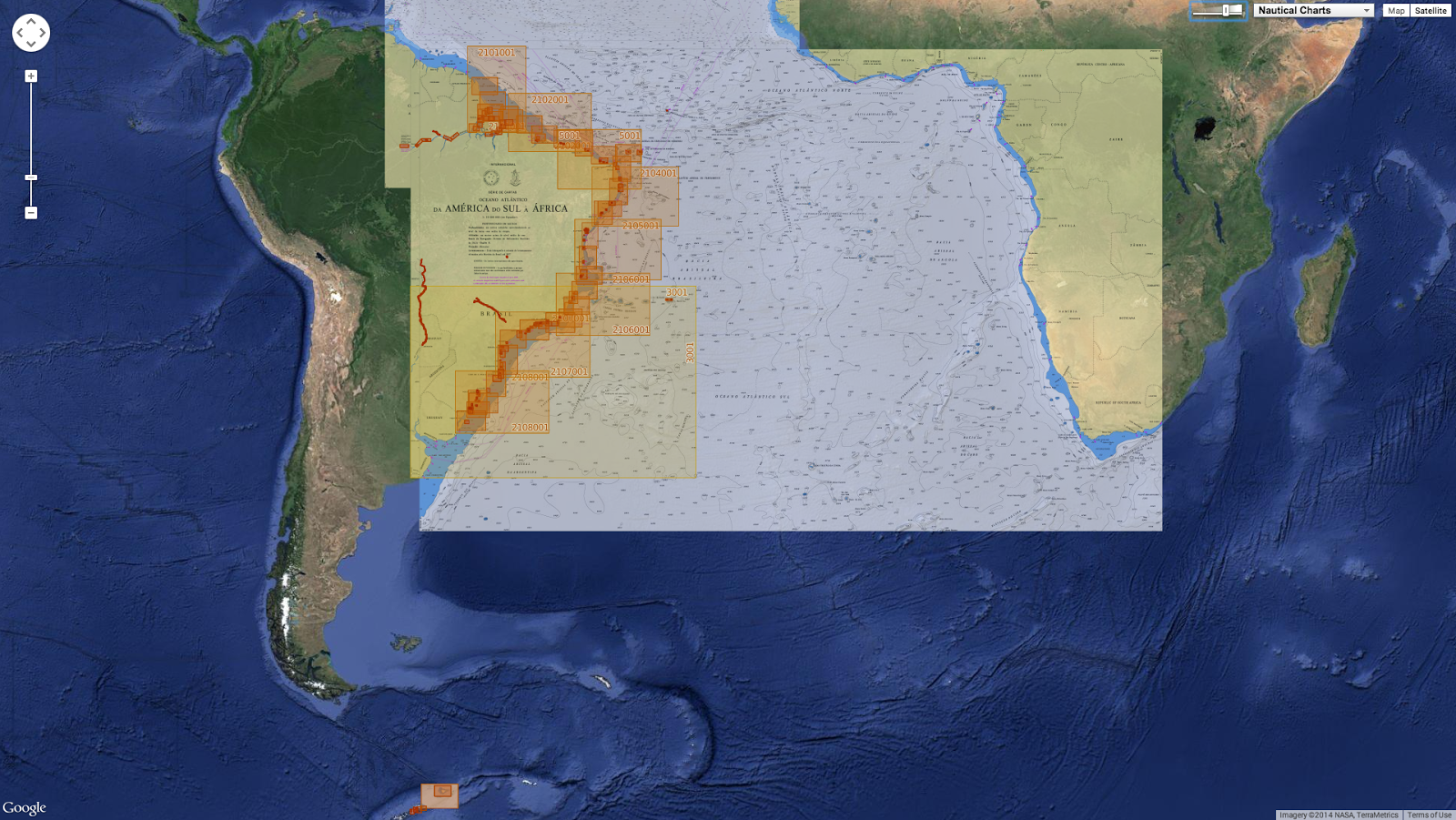 
Today 442 charts (506 including sub-charts) from DHN are displayed in the Marine GeoGarage
Don't forget to visit the NtM Notices to Mariners (Avisos aos Navegantes)
Posted by geogarage at 9:33 AM