From Plos by Caren Cooper

Many of you have had summer fun with citizen science at the beach, intertidal zone, and ocean.
What do your efforts contribute to?
In a new chapter, Martin Thiel and colleagues tallied the contributions of citizen science to marine research.
Thiel is known for his research relying on volunteers who clean up beaches, but for this chapter they looked at over 200 studies on topics that ranged from algae to vertebrates.
About 40 of the studies were local, 122 were regional, and 65 involved larger geographic regions (28 national, 28 international, 9 global).
Most commonly projects involved surveys, transects, and opportunistic sightings.
Marine scientists often depend on non-scientists, from general public to fishermen to ship crews to beachgoers.
Thiel reviewed papers published within the past 30 years, but some of the research papers were based on decades of citizen science; one was based on over 150 years of continuous data collection.

This is not a new phenomenon. I first learned about the history of citizen science when I read about the father of Oceanography, Matthew Maury.
In this context, I felt that modern citizen science is actually quite retro, which inspired my post about Maury (below), originally at Scientific American.

My area of research, citizen science—a term applied to data collection methods that engage the public in scientific research—is not a newly invented style, either.
It’s rather retro fashion.
Public involvement in science is a time-honored tradition that is enjoying a hip resurgence as it combines with today’s sophisticated and increasingly commonplace technologies, like GPS units and smart phones.

In an earlier Guest Blog post I suggested that citizen science in the US dated as far back as 1776, with Thomas Jefferson’s vision of a nationwide weather monitoring program.
Afterward, people wrote in to tell me about their own favorites.
Though many of these, such as Henry David Thoreau or Charles Darwin, were naturalists or lay scientists rather than citizen scientists per se, two suggestions particularly intrigued me: Mathew Fontaine Maury, an American naval officer, and William Whewell, a British scholar.

Both men spearheaded citizen science in the mid-1800s with large-scale, accurate and systematic science projects.
The projects were carried out by rank amateurs, and led to discoveries that had great societal importance.
The two men differed in their nationality, vocation, and perspective on the role of science in society. Their stories illustrate that we are in an exciting era where history is indeed repeating itself.

For today, let’s meet the American.
In 1825, Matthew Fontaine Maury was a 19-year-old when he left home and joined the U.S. Navy. Maury began his naval service as a midshipman on a frigate (the Brandywine), rose through the ranks of lieutenant, commander, and commodore, and culminated his career as Superintendent of the U.S. Naval Observatory.
Over the course of his distinguished naval career, Maury contributed to our understanding of astronomy, oceanography, and meteorology.
He carried out much of his research by crowdsourcing dispersed and historical observational records and through the establishment of a global citizen science project that continues to this day.

Matthew Fontaine Maury is the father of modern hydrography in the United States Navy.
He served as superintendent of the U.S. Naval Observatory from its founding to the start of the Civil War, when he resign to supervise maritime defenses for the Confederacy.
This chart pays tribute to his leading role in establishing the charting and scientific studies that were critical to the ascendancy of the United States as a maritime economic and military power in the nineteenth century.

From the start, Maury showed an interest in engaging the public in exploring the world.
Soon after returning from his first voyage, he became the first U.S. Naval officer to write a book on nautical science, which was later used by the Naval Academy.
Edgar Allan Poe was impressed by it, writing,

“This volume, from an officer of our Navy, and a Virginian, strong commends itself to notice…The spirit of literary improvement has been awakened among the officers of our gallant Navy. We are pleased to see that science is gaining voteries from its ranks.”

Maury’s later writings are lyrical praises of the cosmos that can make Carl Sagan’s writings appear retro. In 1849, Maury presented to the Virginia Historical Society about his work at the National Observatory, writing:

“At the dead hour of the night, when the world is hushed in sleep and all is still; when there is not a sound to be heard save the dead beat escapement of the clock, counting with hollow voice the footsteps of time in ceaseless round, I turn to the Ephemeris and find there, by calculations made years ago, that when that clock tells a certain hour, a star which I never saw will be in the field of the telescope for a moment, flit through and then disappear. The instrument is set; the moment approaches and is intently awaited—I look—the star mute with eloquence that gathers sublimity from the silence of the night, comes smiling and dancing into the field, and at the instant predicted even to the fraction of a second, it makes its transit and is gone. With emotions too deep for the organs of speech, the heart swells out with unutterable anthems; we then see that there is harmony in the heavens above; and though we cannot hear, we feel the ‘music of the spheres.’”

Maury embarked in crowdsourcing data in 1842 when, as a lieutenant, he was placed in charge of the Depot of Charts and Instruments of the Navy Department.
Sailors followed a strict routine and were systematic in recording very specific observations around the clock. Ships were mobile weather stations, accumulating a standardized set of weather variables with the strictest regularity at 15 minute intervals.
As much as sailors emphasized these routines, once a voyage was completed, the logs were practically viewed as rubbish.

But when Maury saw the Navy’s stockpile of old ships logs, he quickly realized the collective information could improve navigation.
Maury developed a method to systematically extract key information from each log book.
Today, in an era of climate change, the information from old logs are valuable again.
For this reason, people across the globe transcribe old ship logs in a project called Old Weather, one of several on-line citizen science projects in Zooniverse.
Maury didn’t have the help of an online network of volunteers, but he still assembled the resulting information into the colorful publication of a “Wind and Current Chart” of the North Atlantic in 1847.

It was a natural progression for Maury to develop a system that streamlined his ability to continually improve navigational charts.
Maury developed standardized data forms that could function as specially formatted logs.
He sent these forms, along with instructions and up-to-date charts, to mariners.
Some data may have come from Navy ships, but the notable data were voluntary contributions from merchant vessels.
Within four years, over one thousand ships were sending reports to Maury from across the seven seas!
Maury quickly incorporated the data to make new charts of trade winds, thermal charts, whale charts, and more.
The increased speed of travel across all the oceans saved millions for ocean commerce.
Before Maury’s charts, passage from New York to San Francisco took over a year.
With the help of Maury’s full color charts, the trip could be taken in a swifter vessel and reduced to a speedy three months.

Maury’s legacy continued to contemporary times in the form of Sailing Directions, a 42-volume publication by the National Geospatial-Intelligence Agency (NGA).
Maury’s brainchild ended up in the NGA, the same organization credited with gathering the intelligence that allowed the U.S. military to raid the hiding place in Pakistan of Osama Bin Laden in 2011.
Yet, because Sailing Directions is based on data contributed by cooperating merchant ships, I categorize it as citizen science.

In the late 1840s, Maury urged farmers to start a similar global system of meteorological observations on land, using the telegraph to aggregate reports in one location where his office could formulate weather forecasts.
When Thomas Jefferson envisioned this, the Revolutionary War made it difficult if not impossible. For Maury, the Civil War had the same effect.

Yet Maury continued to see uses for large piles of otherwise overlooked observations.
In 1847, Maury saw a way to use historic observations to aid astronomy.
That year, European astronomers discovered Neptune.
This was the first time a planet had been found through mathematics: perturbations in the orbit of Uranus could not be mathematically resolved unless another large object beyond it was assumed to exert influence on its orbit.
The key element of a planetary discovery is the computation of its orbit, but for Neptune, the mathematical rather than strictly visual nature of the discovery meant that computation would take 50 years or more.
Maury realized that instead of waiting 50 years, he could search archived records for clues in the past 50 years.
He and an assistant found that Neptune had been seen in 1795 but misidentified as a fixed star, and this enabled immediate computation of Neptune’s orbit.

When Matthew Maury saw a problem, he used scientific observations to find a solution.
Maury’s ability to express his curiosity and delight with the natural world inspired others to join his scientific pursuits and gave them a more reliable way of understanding the world.
Sailors’ lives were full of risks because they didn’t fully understand the oceans.
To deal with the risk, they believed in omens, superstitions, and good and bad luck.
The maps Maury produced immediately dispelled some of the misunderstanding and allowed mariners to benefit from collective knowledge. 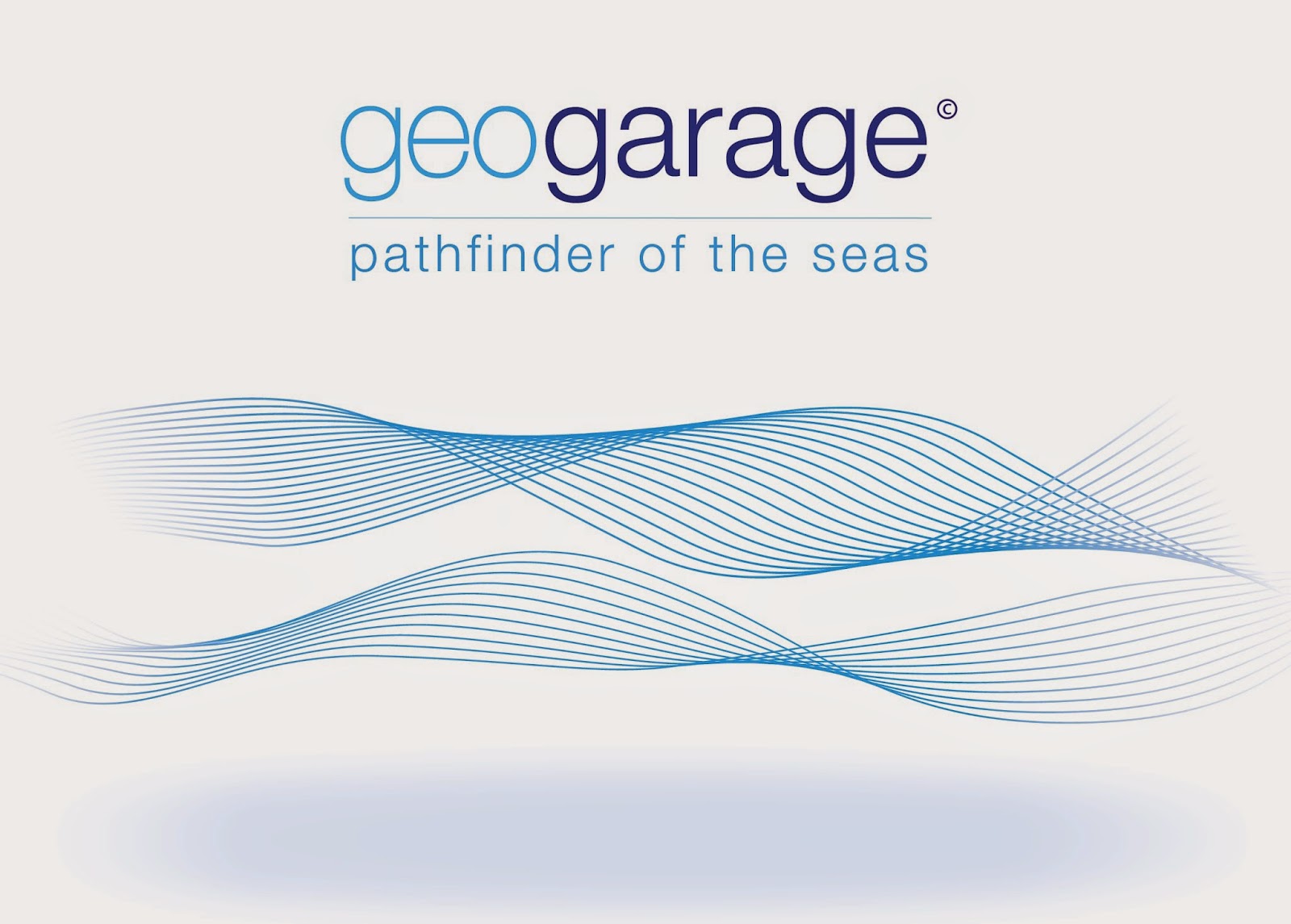 Matthew Maury at the origin of the Marine GeoGarage baseline
Marine GeoGarage, nautical charts web & mobile platform :
"just the mapping apps for the 70% of the world that Google Maps does not cover..."
see GeoGarage blog
Today, the benefits of collective knowledge are helping turn citizen science into a retro fashion.
It’s growing in popularity, independently in many disciplines, and emerging under different names (Community-based Participatory Science, Participatory Action Research, Open Science, Street Science, Community Science, Crowdsourcing, and the list goes on).
An umbrella term, Public Participation in Scientific Research, now unites the field—and I’ve recently returned from a conference that brought together almost 300 people active in this field.

No matter what it’s called, people participated in Maury’s science to make their lives better, and to feel enchanted and curious through the process of discovery.
Maury could be a poster child for a time when citizen science embodied the democratization of science.
Maury’s research was by the people, and for the people.
During the same period as Maury’s work, another pioneer in citizen science was working to professionalize science and to distinguish the scientist from society.