The Vessel-ID System investigation on the International Space Station demonstrated the ability for a space-based radio receiver to track a ship’s Automatic Identification System (AIS) signal, the marine equivalent of the air traffic control system.


From Redorbit by Laura Niles

The Vessel-ID System investigation on the space station demonstrated the ability for an orbit-based radio receiver to track a ship’s Automatic Identification System (AIS) signal.
The AIS signal is the marine equivalent of the air traffic control system.
The Norwegian User Support and Operation Centre in Trondheim, Norway, receives the data for near-continuous evaluation.
The Vessel-ID System is installed on the European Space Agency’s Columbus module.

Since being turned on in 2010, Vessel-ID has been able to relay more than 400,000 ship position reports from more than 22,000 ships in a single day, greatly advancing the ship tracking ability of coast guards around the world.
This ability, coupled with multiple AIS tracking satellites launched since, is providing safer travel among the waves for thousands of ships around the globe.
The ship identification and tracking system technology already aided in orienting rescue services for a lone survivor stranded in the North Sea, giving new hope to once impossible situations.

“This brought a whole new dimension to the monitoring of ship traffic on the open oceans,” said Terje Wahl, of the Norwegian Space Centre.
“This project demonstrates that the International Space Station is not just for science and astronauts, but it really benefits mankind with down-to-Earth applications.” 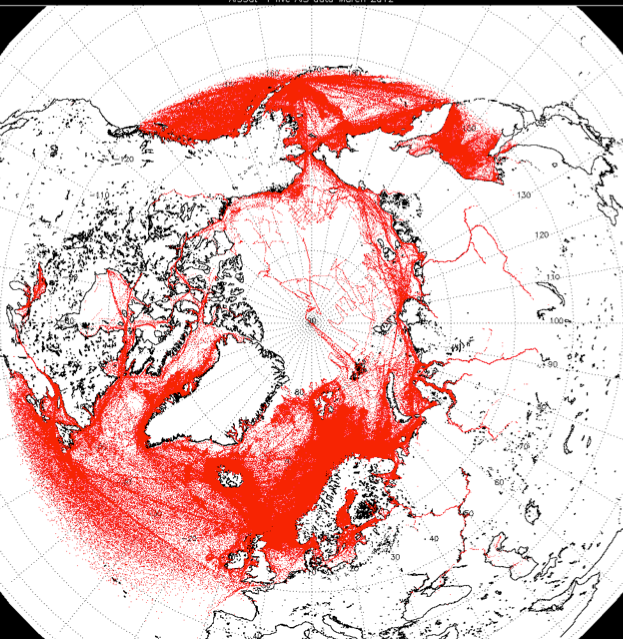 FFI has performed a feasibility study on space-based reception of AIS messages.
The results show a ship detection probability of near 100% for up to 1000 ships within the coverage area, and a signal power margin of 10 to 20 dB for a standard AIS receiver.
A space-based AIS receiver will cover Norwegian waters up to 15 times a day in the northern region, and more than 8 times a day in the south.
The data will include ship identity, position, speed, bearing, etc, and make it possible to track a high number of ships.
A constellation of four satellites will give global coverage approximately every hour.
To overcome saturation problems for more than 1000 ships, a study on an optimized system for global surveillance was done and presented to the International Maritime Organization.
This slightly modified AIS system can be an option for Long- Range Identification and Tracking.