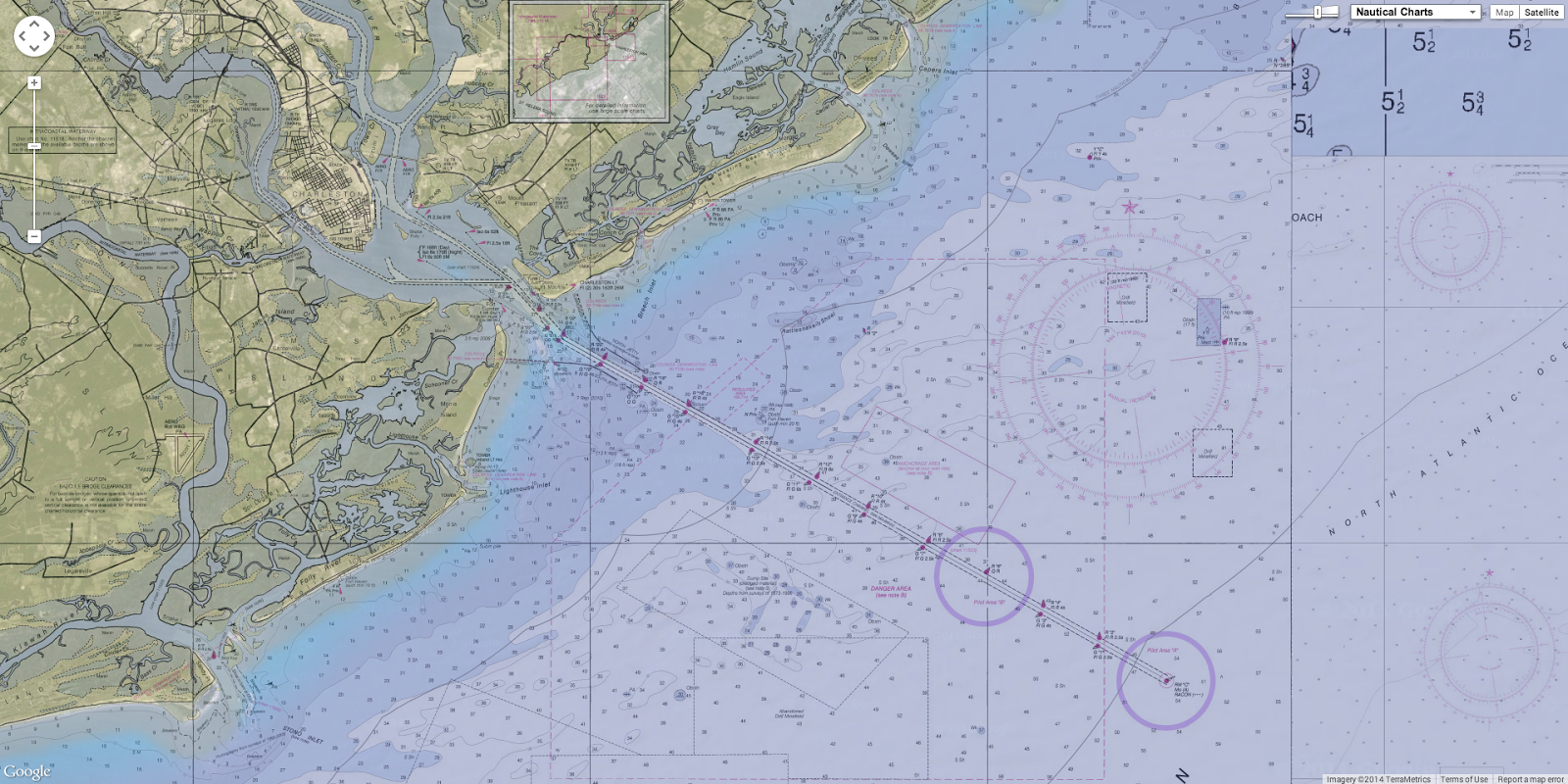 The new nautical chart 11525 extends eastward, to cover an additional pilot boarding area for vessels headed to the Charleston Harbor.

The red lines (not included on the actual chart) show the limits of the old chart 11523.

Ships entering the Port of Charleston will have a new and improved nautical chart that covers a larger area to ensure safer navigational approaches into the harbor.
Available on the 4th of July, new chart 11525 (Charleston Harbor Entrance and Approach) replaces the old chart 11523 (Charleston Harbor Entrance).
It expands chart coverage further east, covering an additional 345 square nautical miles that wasn’t on the old chart.
“The creation of this chart directly responds to requests made by Charleston pilots, who bring in larger ships with deeper drafts than they did when we made the original harbor chart in 1936,” said Rear Admiral Gerd Glang, director of NOAA’s Office of Coast Survey.
“This new chart will meet current needs and, even more important, the future needs of maritime commerce in the Port of Charleston.”

In addition to consulting with the pilots in creating the new chart, Coast Survey cartographers also worked with the U.S. Army Corps of Engineers, which is reviewing a proposed deepening project at Charleston to handle the bigger ships that are expected with the expansion of the Panama Canal.
Since the first edition of the current chart was published in 1936, multiple deepening projects have displaced the sea buoy and channel entrance over nine nautical miles to the east -- areas the chart did not cover.
The new and updated chart will now include the area where pilots board the deep draft vessels as they prepare to guide them into the harbor.
The new chart will be available as a paper nautical chart from NOAA-certified printing agents, as a free PDF digital download, and as a free raster navigational chart for electronic display systems.
The corresponding electronic navigational chart US5SC25M will be available for download by September.
Posted by Peio at 12:07 PM