MyNOAACharts, a mobile app beta test for Android tablets, can easily integrate the user’s location, the nautical chart, and all the navigational information from the U.S. Coast Pilot.

As recreational boaters gear up for a summer of fun on coastal waters and the Great Lakes, NOAA is testing MyNOAACharts, a new mobile application that allows users to download NOAA nautical charts and editions of the U.S. Coast Pilot.
The app, which is only designed for Android tablets for the testing period, was just released.

MyNOAAChart, which can be used on land and on the water, lets users find their positions on a NOAA nautical chart. 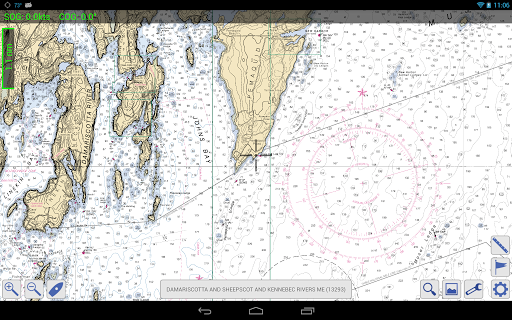 They can zoom in any specific location with a touch of the finger, or zoom out for the big picture to plan their day of sailing.
The Coast Pilot has geo-tagged some of the major references and provides links to appropriate federal regulations.

Easy and workable access to nautical charts is important for boating safety, says Rear Admiral Gerd Glang, director of NOAA Office of Coast Survey.
He recalls a funny, but poignant, reference to charts. 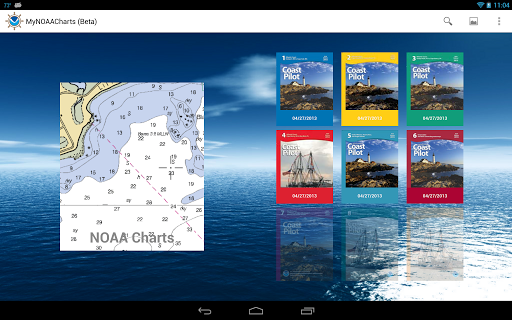 “A popular t-shirt has a ‘definition’ of a nautical chart splayed across the front: ‘chärt, n: a nautical map that shows you what you just hit,’” Glang explains.
“As creative as that is, a boating accident can kill. Keeping a nautical chart on hand – before you hit something – can save lives.”

The beta test for MyNOAACharts will end on Labor Day, September 2, 2013.
Coast Survey will then evaluate usage and user feedback, which will be pivotal in any decision to move forward.

“Expanding the app across a multitude of platforms, ensuring easy accessibility to over a thousand charts and nearly 5,000 pages of U.S. Coast Pilot, will take considerable resources,” Glang notes. “We truly want users to let us know if the app meets their needs.”

Boaters who don’t have an Android tablet shouldn’t despair.
The Office of Coast Survey provides free BookletCharts, which are 8 ½” x 11” PDF versions of NOAA nautical charts that can be downloaded and printed at home.
The U.S. Coast Pilot is also available in a free PDF version.

Important notice for commercial mariners:
The mobile app MyNOAACharts and the BookletCharts do not fulfill chart carriage requirements for regulated commercial vessels under Titles 33 and 46 of the Code of Federal Regulations.
Posted by Peio at 3:16 PM