The Netherlands Hydrographic Office is reducing the production of charts in the 1800 series, for light SOLAS vessels, inland shipping and leisure.
New charts would normally be published in spring but changes in the vessel traffic on the North Sea and cost-saving measures by the Netherlands Ministry of Defense are at the root of this change. 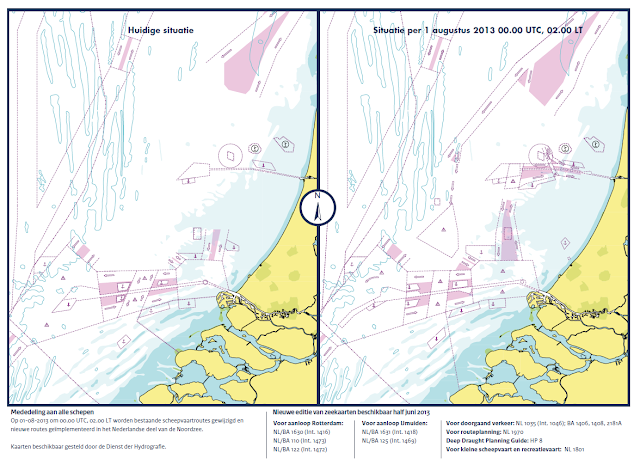 The 1801 will be a special release because of the changes at the Noordzee.
Very important to professionals and pleasure crafts.
The route network will be updated to these changes.

Each of the 2012 editions will remain official until a new edition is published and should be kept up to date through the Notices to Mariners.
Links :