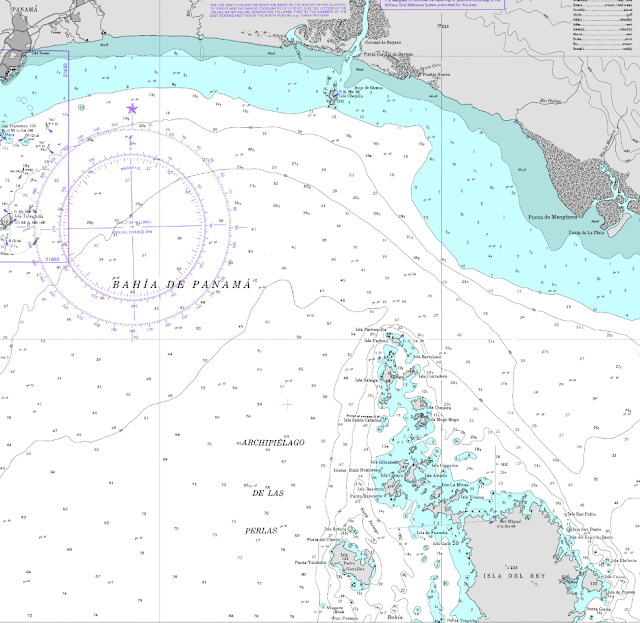 An adventure cruise ship operated by Lindblad Expeditions hit a submerged rock on Monday, causing damage to the vessel.

The small expedition ship was departing an anchorage about 70 nautical miles from Panama City, Panama, on March 4 when the collision occurred.

The 62-passenger National Geographic Sea Lion was departing an anchorage in the Las Perlas Islands, about 70 nautical miles from Panama City, when on 4 March at around 12:30pm local time it struck the rock, which was uncharted, Lindblad spokesperson Patty Disken-Cahill tells USA Today. 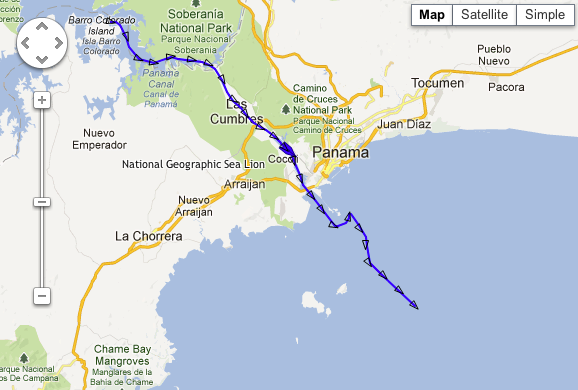 None of the 55 passengers and 35 crew on board the vessel was injured, Disken-Cahill says.
The National Geographic Sea Lion sustained damage to its hull and one propeller during the incident, but after clearance from the U.S. Coast Guard, returned to Panama City on its own power, arriving today at 5 a.m.

The accident occurred on the third day of an eight-day voyage transiting the Panama Canal and exploring the islands of Panama and Costa Rica.

Disken-Cahill says passengers on the vessel were given the option of continuing their journey to Costa Rica by air and land, or returning home.
All but 16 of the passengers decided to continue their journey and flew this morning to San Jose, Costa Rica, she says.

Disken-Cahill says the National Geographic Sea Lion will enter a dry dock at Panama City on Wednesday to undergo repairs.
The next departure of the vessel, scheduled to begin March 9, has been canceled.
The ship will return to service March 16.


The incident occurred at roughly the same time that another small passenger ship, Hurtigruten's Kong Harald, was damaged after hitting late Monday an underwater rock along the Norwegian coast and began taking on water, industry watcher Seatrade Insider reports. 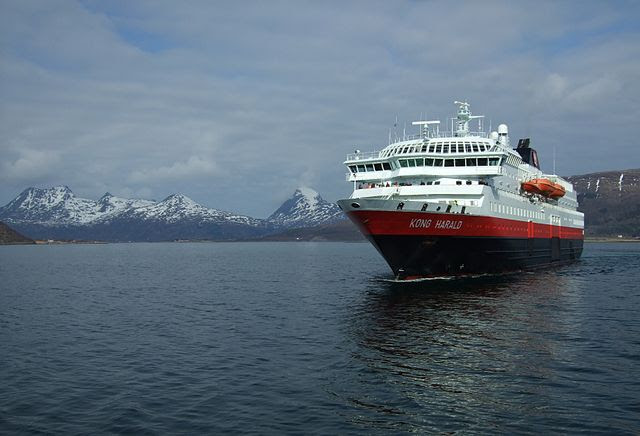 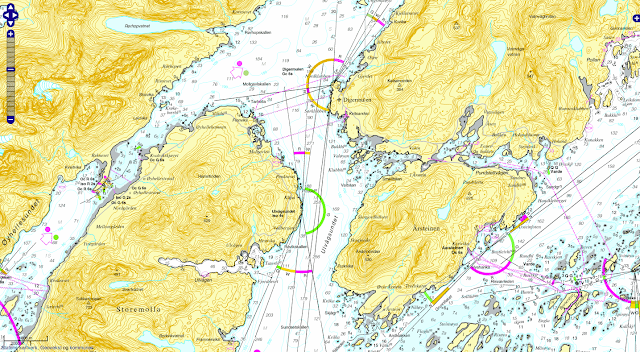 Area of the grounding with Norwegian nautical chart
(Trollfjord)

The trade publication says the 258-pasenger Kong Harald grounded on the rock outside Norway's Trollfjord and had to wait for the tide to rise before sailing to nearby Svolvaer.
The ship's itinerary scheduled March 4-12 sailing, Stokmarknes – Kirkenes – Bergen has been canceled so it can undergo repairs, the publication says. 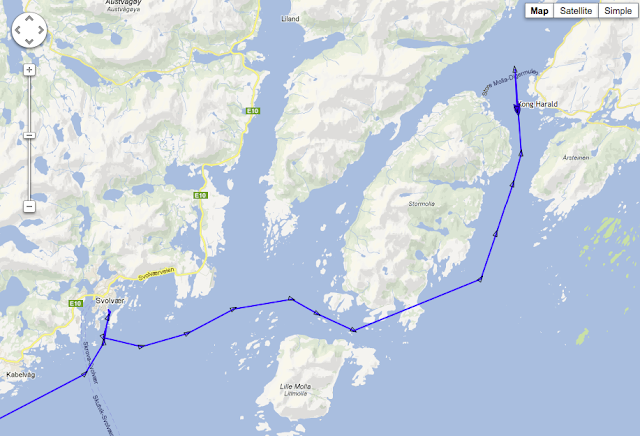 Hurtigruten ship Kong_Harald hit an underground rock in a remote Norwegian fjord north of the Arctic Circle and was grounded outside Trollfjord in Norway at 11:30 p.m. Monday.
see MarineTraffic position history
Posted by Peio at 1:25 AM