A 39-year-old man quits his office job to pursue his dream as an underwater photographer.
He spends the next 30-odd years living la vida aqua, and then one day, he sees something quite remarkable: a circular pattern in the sand beneath the waves, a veritable work of art with valleys and ridges. But who or what could have made such a thing, so intricate, so far from shore, so ... well, underwater? 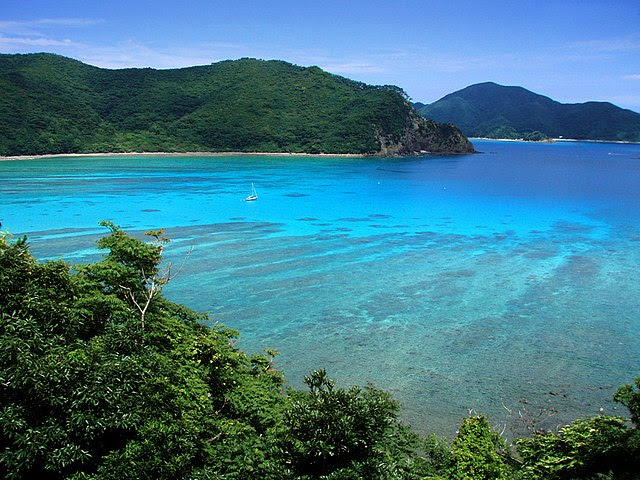 The man, whose name is Yoji Ookata, shared the mystery marine art with friends and colleagues from the Japanese broadcaster NHK.
To their shock, they found that it is the work, not of a UFO, not of a hitherto undiscovered tribe of aquatic artisans, but a tiny puffer fish:
The unlikely artist – best known in Japan as a delicacy, albeit a potentially poisonous one – even takes small shells, cracks them, and lines the inner grooves of his sculpture as if decorating his piece.
Further observation revealed that this “mysterious circle” was not just there to make the ocean floor look pretty.

Attracted by the grooves and ridges, female puffer fish would find their way along the dark seabed to the male puffer fish where they would mate and lay eggs in the center of the circle.
In fact, the scientists observed that the more ridges the circle contained, the more likely it was that the female would mate with the male.
The little sea shells weren’t just in vain either.
The observers believe that they serve as vital nutrients to the eggs as they hatch, and to the newborns.

I'll be honest.
When this story first started bouncing around the Twitterverse, I was skeptical:
Nobody had ever seen this behavior or these structures before?
Where is the video?
Who are the scientists?
Is there any kind of peer reviewed study being written?
Was this a hoax?
(I wasn't the only one to be dubious; although, inevitably some folks' skepticism had more to do with the this-has-nothing-to-do-with-UFOs explanation.)

My brother, who lives in Japan, checked the links in the original post and assured me that none of them said "Ha, you've been Rick Rolled" in Japanese.
I checked with a couple of researchers, who responded with the scientific equivalent of "WTF?" (in fact, one of them did actually type, "WTF").
But I haven't seen or heard anyone blow it up yet.

And if it is true - well, it would be fantastic and wonderful and impressive.
But then the natural world frequently astonishes and amazes, particularly when sex is involved.
As Jerry Coyne notes in his "Why Evolution Is Real" blog, "sexual selection is a marvelous thing."
It leads to behaviors like the singing of humpback whales, physical attributes like the plumage of birds-of-paradise; and the building of extraordinarily elaborate structures, like those constructed by the bower birds of Australia and New Guinea - and, it seems, by tiny fish off the coast of Japan.
Posted by Peio at 1:54 AM