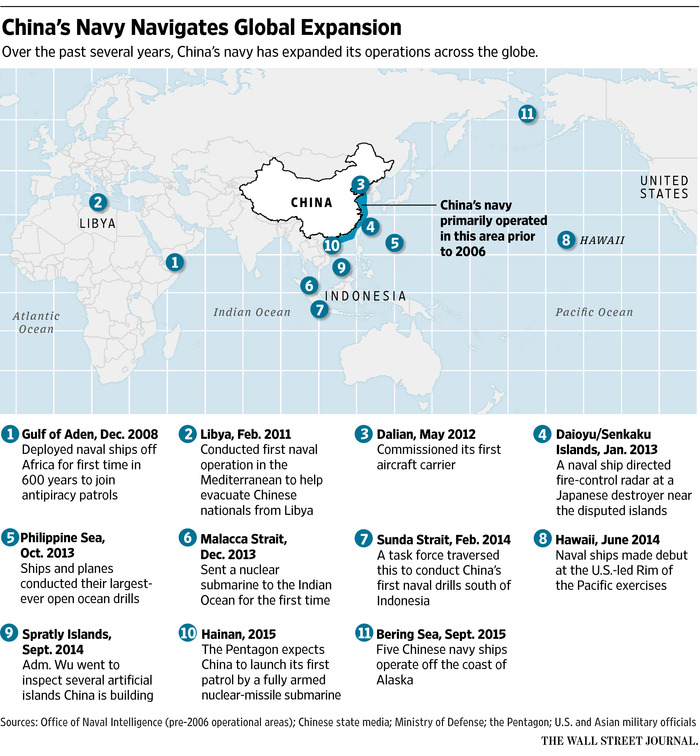 From WSJ by Jeremy Page

Chinese navy ships off Alaska in recent days weren’t just operating in the area for the first time: They also came within 12 nautical miles of the coast, making a rare foray into U.S. territorial waters, according to the Pentagon. 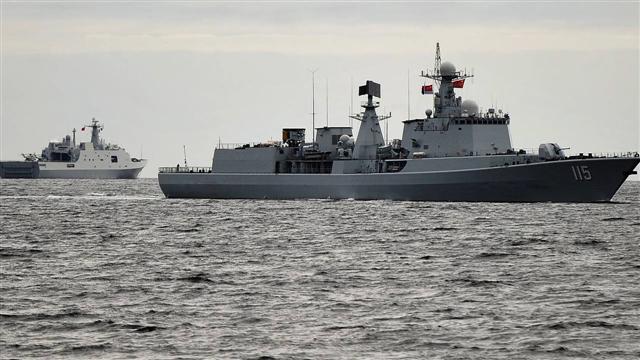 Pentagon officials said late Thursday that the five Chinese navy ships had passed through U.S. territorial waters as they transited the Aleutian Islands, but said they had complied with international law and didn’t do anything threatening.

“This was a legal transit of U.S. territorial seas conducted in accordance with the Law of the Sea Convention,” said Pentagon spokesman Cmdr. Bill Urban.
U.S. officials said there was no known official communication to the U.S. from the ships.
The passage was seen as significant as Beijing has long objected to U.S. Navy vessels transiting its territorial waters or operating in international waters just outside. 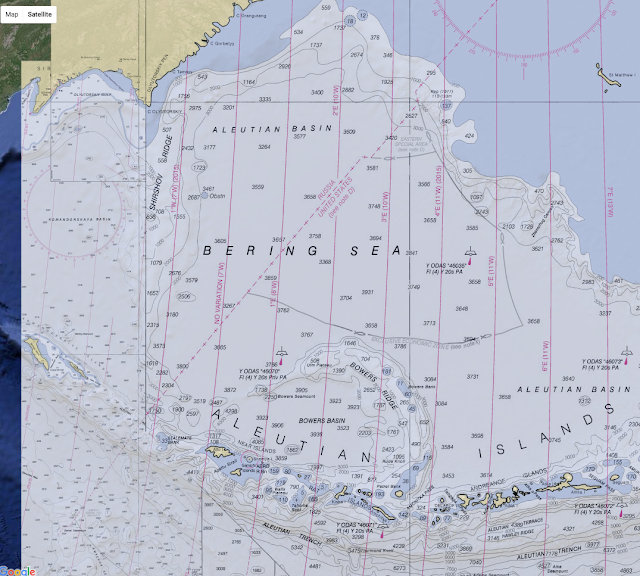 The US confirmed 5 Chinese vessels recently passed with about 12 NM of the Aleutian islands after a joint military exercise with Russia.
The exact location was unclear.
NOAA nautical chart in the GeoGarage platform

China’s Defense Ministry confirmed that its navy ships had sailed to the Bering Sea for training after joint exercises with Russia in late August, but said the activity was routine and not aimed at any particular country.

U.S. officials said earlier that they were tracking the five ships in the area, where they hadn’t seen the Chinese navy operating before, but they didn’t say how close the ships had come to U.S. territory.

The foray, just as President Barack Obama was visiting Alaska, threw a fresh spotlight on China’s expanding naval power and ambitions on the eve of a lavish military parade in Beijing.
It also came just three weeks before China’s President, Xi Jinping, begins a state visit to the U.S. already clouded by tensions over alleged cyberattacks on the U.S. and China’s island-building in the South China Sea.

The flotilla apparently traveled east from somewhere near Russia and entered the Bering Sea, navigating north of the Aleutian Islands before transiting south, where they undertook the “innocent passage” through U.S. waters between two islands, a defense official said.

That principle allows military ships to transit foreign territorial waters if they don’t conduct threatening activity.
The Chinese didn’t give prior notification to the U.S. before doing so, but under international law, they don’t need to.
The Chinese don’t always acknowledge those laws, however, according to U.S. defense reports.
For example, Beijing claims that U.S. warships should request permission before making their own “innocent passage” in Chinese territorial waters.

During fiscal years 2012 and 2013, the Pentagon challenged this notion, deploying U.S. naval ships through Chinese territorial waters without notifying Beijing first.
According to those reports, the U.S. did not make the same challenge during fiscal 2014.
There is no data available for the current fiscal year.

U.S. officials believe China is building a “blue-water” navy capable of operating far from its shores, while also developing missiles and other capabilities designed to prevent the U.S. Navy from intervening in a conflict in Asia.
Many of those capabilities, including a new antiship ballistic missile, were put on display for the first time on Thursday during the parade to mark the surrender of Japanese forces at the end of World War II.

Some U.S. military experts saw the Chinese transit through the Aleutians as a positive step, in that they had adhered to the “innocent passage” principle.
“As a matter of fairness and equity, these operations are a big step forward for U.S. interests in that Beijing now has no basis to object to similar passage through China’s territorial sea by the U.S., for instance in vicinity of China’s islands in the South China Sea,” said Peter Dutton, director of the China Maritime Studies Institute at the U.S. Naval War College.
China took another step in that direction last year during the U.S.-led Rim of the Pacific, or RIMPAC, joint naval drills in Hawaii.

U.S. officials said then that an uninvited Chinese spy ship had observed the drills from international waters.
China’s Defense Ministry said that its operations complied with international law.
Still, Mr. Dutton and other experts said it was doubtful that China would suddenly stop objecting to U.S. naval ships passing through its waters or conducting surveillance nearby. 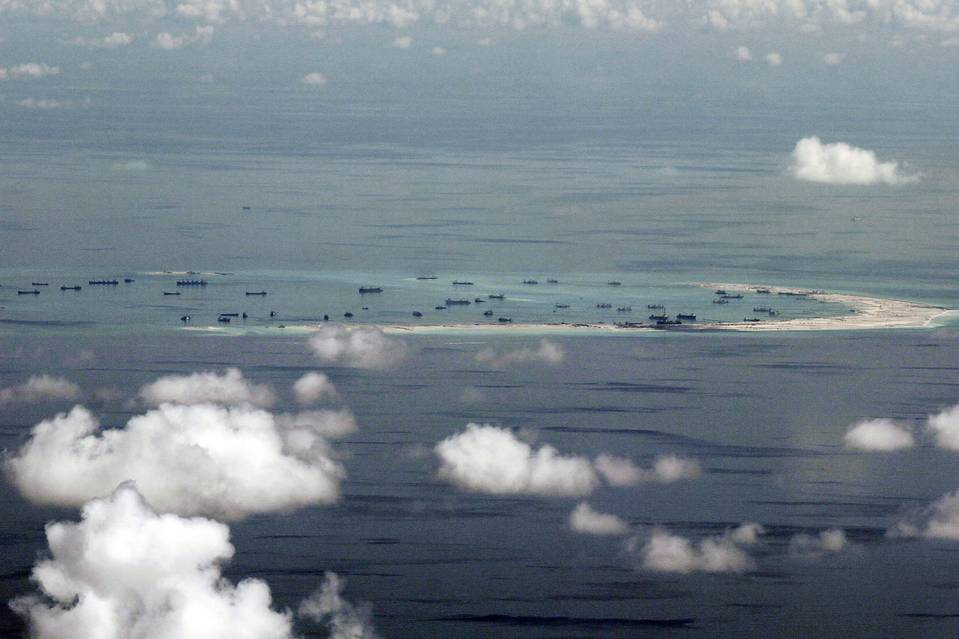 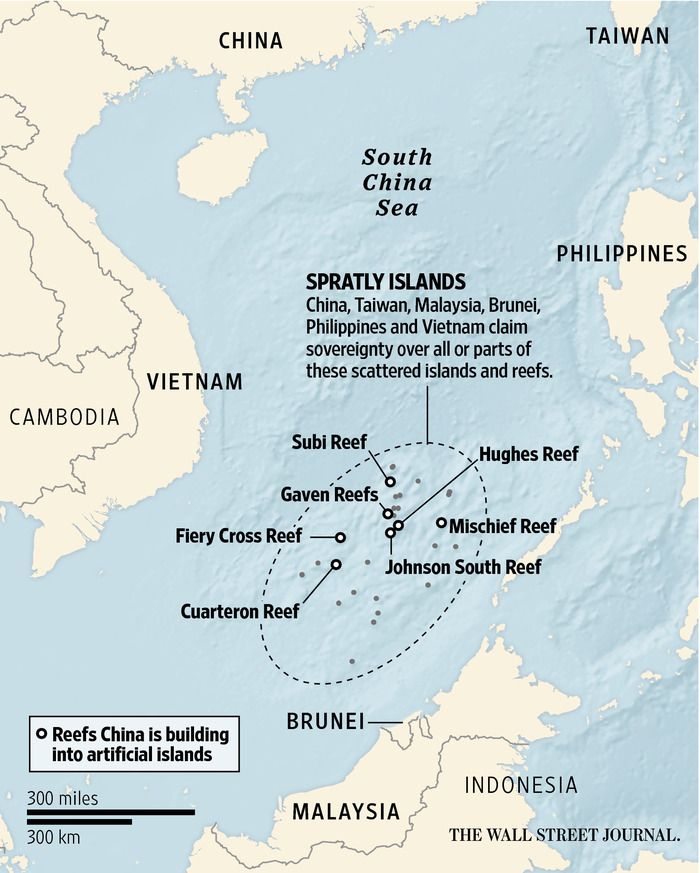 Pentagon officials said in May they were drawing up plans to send U.S. Navy ships or aircraft within 12 nautical miles of artificial islands that China has been building in the disputed South China Sea.
Later that month, China expressed “strong dissatisfaction” and accused the U.S. of irresponsible and dangerous action after a U.S. Navy surveillance jet flew close to the islands, but not within 12 nautical miles.
China has also repeatedly demanded that the U.S. cease surveillance operations within its exclusive economic zone, or EEZ, which under international law extends 200 nautical miles from the coast. For that reason, Beijing would likely say its ships off Alaska weren't conducting surveillance, although they probably were, said Taylor Fravel, an expert on China’s military at the Massachusetts Institute of Technology.
“China faces contradictory impulses to limit the activities of foreign navies within its own EEZ and to operate within the EEZs of others,” he said.
“Over time, especially as China’s military becomes even more capable, it could downplay objections to the activities of foreign navies in its EEZ as it seeks to operate more frequently out of the region.”
China’s Defense Ministry didn’t respond to questions about which ships were in the flotilla near Alaska or how close they came to U.S. territory.