The hidden world of the ocean's tiniest organisms has been revealed in a series of papers published in the journal Science.
An international team has been studying samples of plankton collected during a three-year global expedition. 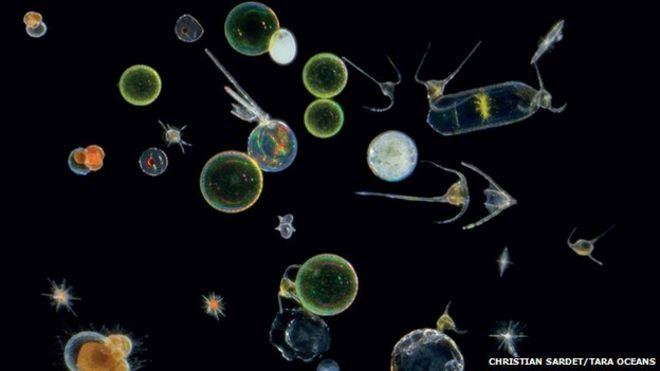 They have so far found 35,000 species of bacteria, 5,000 new viruses and 150,000 single-celled plants and creatures.
They believe that the majority of these are new to science.
Dr Chris Bowler, from the National Centre for Scientific Research (CNRS), in Paris, told BBC News: "We have the most complete description yet of planktonic organisms to date: what's there in terms of viruses, bacteria and protozoa - we finally have a catalogue of what is present globally." 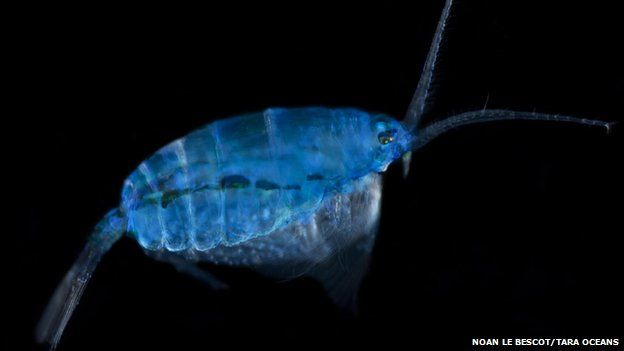 Planktonic organisms are minute, but together they make up 90% of the mass of all of the marine life in the oceans.
They include viruses, bacteria, single-celled plants and creatures (protozoa).
They form the very base of the food chain, and produce - through photosynthesis - half of the oxygen we breathe.
However, until now, little has been known about this unseen ocean ecosystem.

The Tara expedition, primarily funded by the French fashion designer Agnes B, set out to change that. 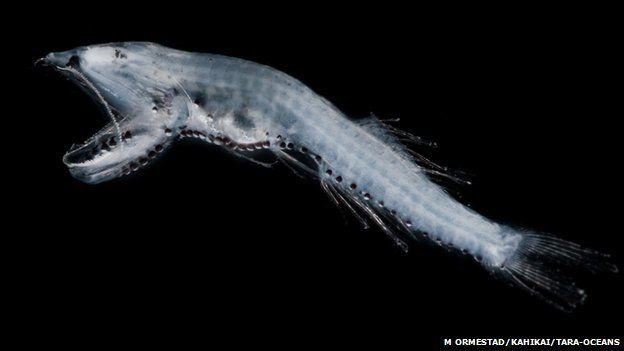 Many of the organisms are new to science

An international team of scientists took part in expeditions onboard the Tara schooner between 2009 and 2013.
It sailed 30,000km across the world's oceans, with researchers collecting 35,000 samples, taking them from the very top layers of the ocean down to 1,000m below the waves.
The project has cost about 10m euros. 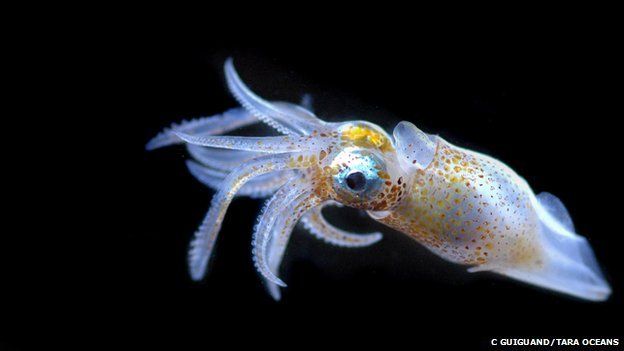 So far the team has analysed 579 of the 35,000 samples that were collected

So far the scientists have analysed 579 of the 35,000 samples collected, presenting the results in five scientific papers.
Dr Bowler said the research was transforming our understanding of these ocean communities.
"For the viruses, we describe about 5,000 virus communities - only 39 of these were previously known.
"And for protists - unicellular organisms - we estimate something like 150,000 different taxa.
"There are about 11,000 formally described species of plankton - we have evidence for at least 10 times more than that." 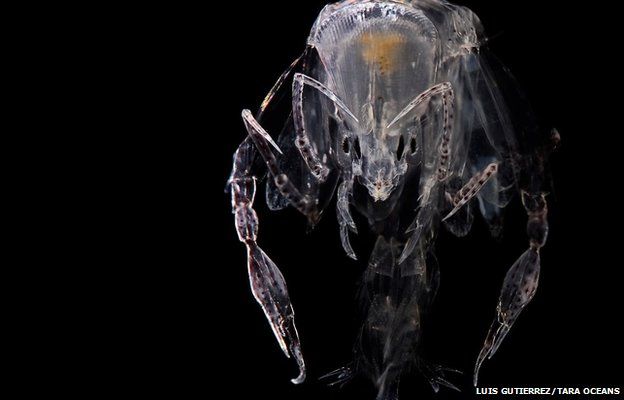 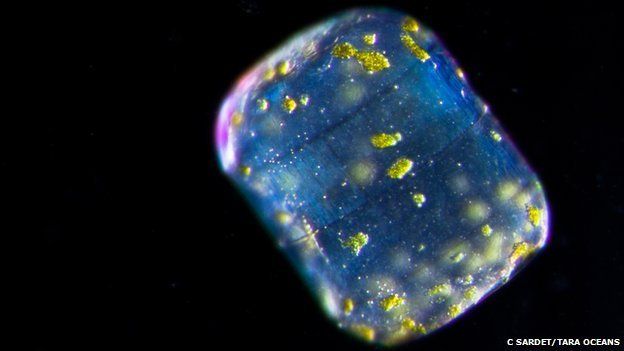 The researchers also looked at how the different organisms interacted

Of the 35,000 microbes found, most had been seen before, however a genetic analysis of them revealed many new genes.
"We have 40 million genes - about 80% of which are new to science," explained Dr Bower.
The researchers also analysed how plankton communities are organised.
"We have thrown all of these together to see who interacts with whom," said Dr Bower.
"We now have a big dataset where we can ask: 'who do you always find with someone else?' or 'who do you never find with someone else'.
"This helps us to describe symbiosis and interactions that go beyond grazing and predator-prey relationships." 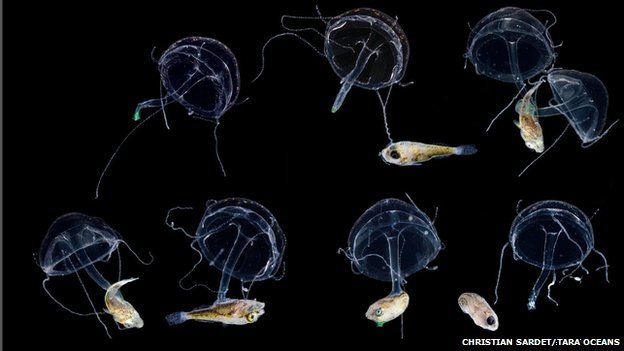 The researchers say that this scientific analysis is just the beginning.
They are making their findings freely available to the scientific community to gain a better understanding of this vital but unseen underwater world.
Dr Bowler continued: "The amount of data we have released is already enormous; it is one of the largest databases of DNA available to the scientific community. But we've analysed perhaps 2% of the samples we have collected throughout the world - so there is a huge amount of work to do in the future to understand even more about the functioning of these marine ecosystems and the importance of that for the wellbeing of the planet.
"So it's really just the beginning of the study."