From The Telegraph by Philip Sherwell

One of the most enduring and tragic mysteries of British maritime history came a crucial step closer to being solved on Tuesday when Canada announced the discovery of a Royal Navy vessel that disappeared in the Arctic nearly 170 years ago.
The HMS Erebus and HMS Terror were last seen in 1845 under the command of Sir John Franklin on a doomed Admiralty expedition to find the legendary Northwest Passage of ice-filled waters linking the Atlantic and Pacific.
Their disappearance launched one of the largest rescue operations in history, lasting from 1848 to 1859.
The vessels were never found, but the searches did result in the discovery of the fabled passage through the Arctic archipelago.

A painting of the HMS Erebus trapped in ice (PA)

Inuit hunters told a Scottish explorer in 1854 that the ships had become icebound.
They said the crew had tried to escape on foot but were defeated by the cold and some even resorted to cannibalism to try to survive – a report that caused outrage when it reached London. 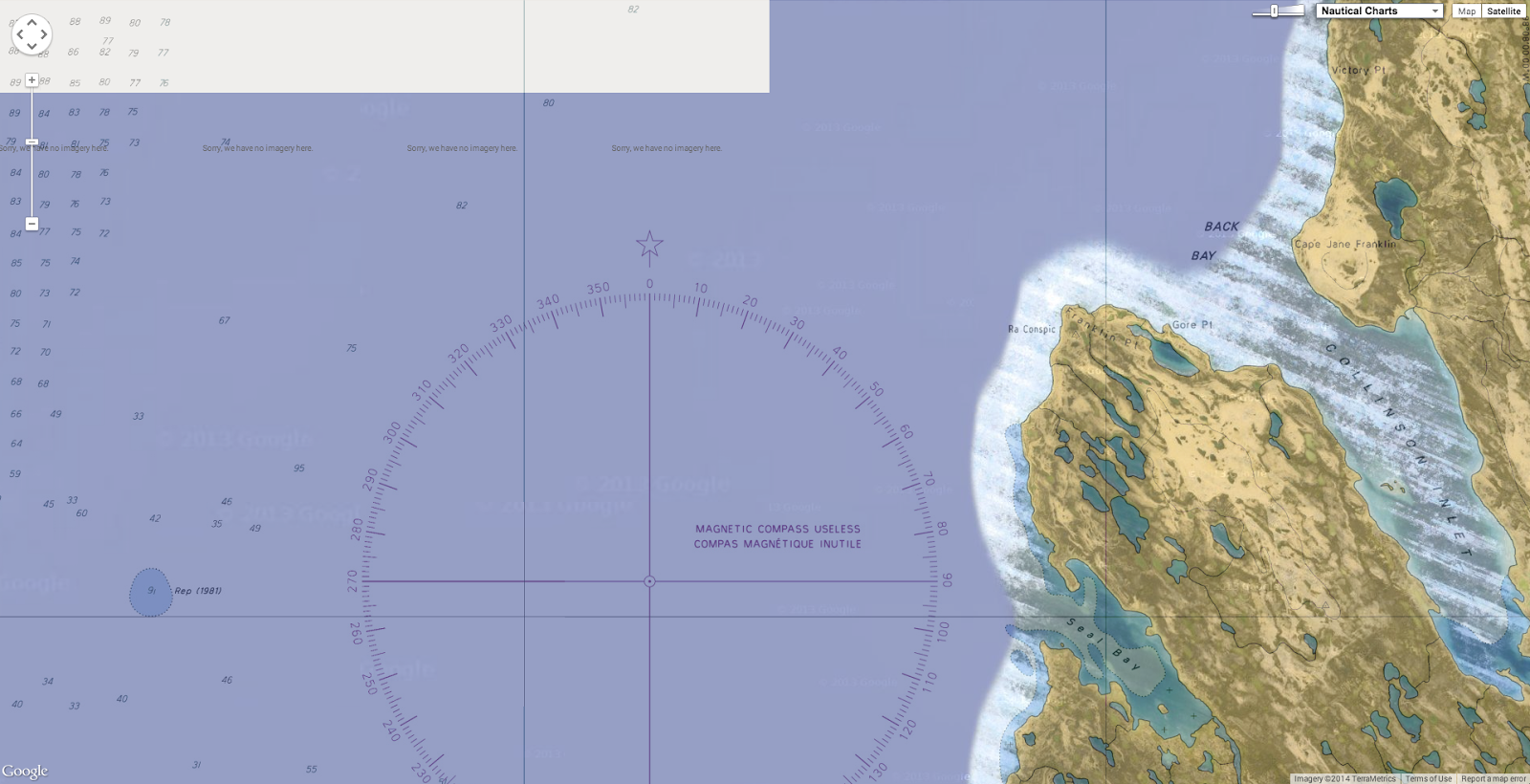 
Stephen Harper, the prime minister, said that the wreckage of one of the missing vessels has now been located using a recently deployed, remotely operated underwater vehicle.
He said that although it was unclear which ship had been found, the sonar images recorded on Sunday contained enough information to confirm that they showed one of the pair.
The sonar images indicate that the vessel is remarkably well-preserved.
Ryan Harris, an underwater archeologist who is one of the Parks Canada search team leaders,said that the image projected at a press conference showed the deck structures were intact, including the main mast, which was sheared off by the ice when the ship sank.
He expected the ship’s contents to be in similarly good condition.

Canada launched a fresh search operation using divers and archaeologists in 2008 to find the ships, which were believed to have become trapped in ice off King William Island in the Victoria Strait in the Arctic territory of Nunavut before being carried for hundreds of miles.
Conflicting reports handed down through local tribal communities about where the vessels sank meant that the new generation of explorers were targeting a huge and inaccessible search area. I am delighted to announce that this year's Victoria Strait expedition has solved one of Canada's greatest mysteries, with the discovery of one of the two ships belonging to the Franklin Expedition," Mr Harper said.
"Finding the first vessel will no doubt provide the momentum - or wind in our sails - necessary to locate its sister ship and find out even more about what happened to the Franklin Expedition's crew."
The disappearance and grisly fate of the 128 hand-picked crew had long fascinated Canadians.
"This is truly a historic moment for Canada," Mr Harper continued during a visit to
Parks Canada's laboratories in Ottawa after the recent discovery of expedition relics on an island in Nunavut.
"This has been a great Canadian story and mystery and the subject of scientists, historians, writers and singers so I think we really have an important day in mapping the history of our country."
On Monday, the Nunavut government announced that a team of archaeologists found an iron fitting and wooden artifact from a Royal Navy ship on an island in the southern search area.
Other traces of the expedition have been found over the years.
The frozen remains of three crewmen were recovered in the 1980s, including the perfectly preserved body of John Torrington, a 20-year-old petty officer , in an ice-filled coffin.
European explorers had been frustrated in their efforts to find the passage as a shorter route to Asia since John Cabot died on an expedition voyage in 1497.
Roald Amundsen of Norway finally completed the first trip in 1906.

Erebus and Terror Leaving for discovery of North-West Passage (Alamy)

Sir John was undertaking his fourth Arctic expedition when his team vanished.
His two vessels were equipped with the latest in nautical technology for the arduous conditions, a water distillation system and three years' worth of preserved and tinned food supplies.
In 1847, his wife urged the Admiralty to send a search party, but the British government delayed that mission for another year.
When the Admiralty finally launched its search, it also offered a £20,000 reward – a huge sum in those days that attracted so many search ships that eventually more vessels and men were lost looking for the expedition than had set out under Sir John.
Mr Harper’s government announced the new search in 2008 as Canada sought to establish sovereignty over the disputed waters of the Northwest Passage where melting polar ice has finally opened the shipping route that Sir John’s doomed expedition was seeking.