When it comes to lightning, don’t pass the salt

From rogue waves to floating debris, mariners have plenty to worry about. But at least being struck by lightning doesn’t generally make the list: Compared with the lightning that’s recorded over the continents, only about one-tenth as many strikes occur at sea.
Why exactly has long remained a mystery. And that’s a “glaring deficiency” in our understanding, said David Romps, a physicist at the University of California, Berkeley, not involved in the research.

To dig into this enigma, Zengxin Pan, an atmospheric scientist at the Hebrew University of Jerusalem, and his colleagues mined data from over 75,000 recent lightning storms.
The researchers combined observations from the World Wide Lightning Location Network, a global repository of radio-frequency observations of lightning, with satellite-based measurements of cloud properties, precipitation and tiny airborne aerosol particles.
The goal was to trace how convective clouds — the birthplaces of lightning — evolved over time in different atmospheric conditions, said Daniel Rosenfeld, a co-author of the study who is an atmospheric scientist also at the Hebrew University of Jerusalem. 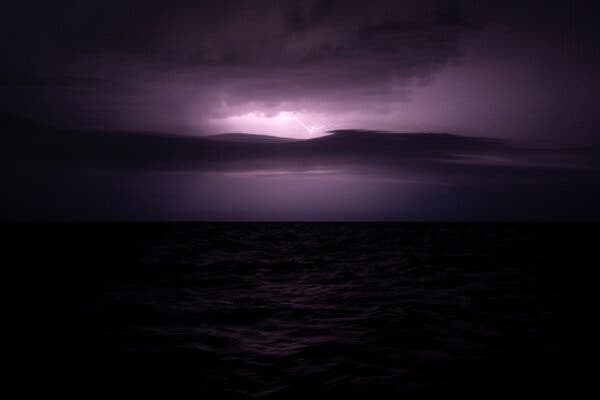 Compared with the lightning that is recorded over the continents,
only about one-tenth as many strikes occur at sea.
Credit...Darrin Zammit Lupi/Reuters
The researchers first showed that aerosols smaller than a few millionths of an inch — like particles of dust and soot associated with airborne pollution — tended to boost the frequency of lightning for a given amount of rainfall.
That was expected, Dr. Rosenfeld said. Fine aerosols function like miniature landing sites for water within clouds. Liquid tends to stick to them, building up droplets, but those droplets are small enough that they tend to stick around within a cloud rather than falling to the ground as raindrops, Dr. Rosenfeld said.

And because the presence of water in clouds sets up the intense electric fields that lead to lightning, dirty air leads to more lightning.
(This effect has been previously demonstrated in oceanic shipping lanes, which are plied by pollution-belching ships.)
The cleanliness of our air — or lack thereof — affects our weather, said Wei Gong, another co-author of the study and a physicist at Wuhan University in China.
“Aerosols in clouds have a significant effect,” he said.

Dr. Pan and his colleagues next demonstrated that larger particles, specifically the bits of sea salt produced by wind-swept sea spray, suppress lightning.
These aerosols — at least 10 times larger than airborne pollution — also attract water, lots of it, Dr. Rosenfeld said.
“They absorb a lot of water vapor and form relatively large drops,” he said.

But those hefty drops are more likely to rain out of clouds.
Because that process removes a key ingredient in the formation of lightning, sea spray is essentially a lightning killer, the team suggests. 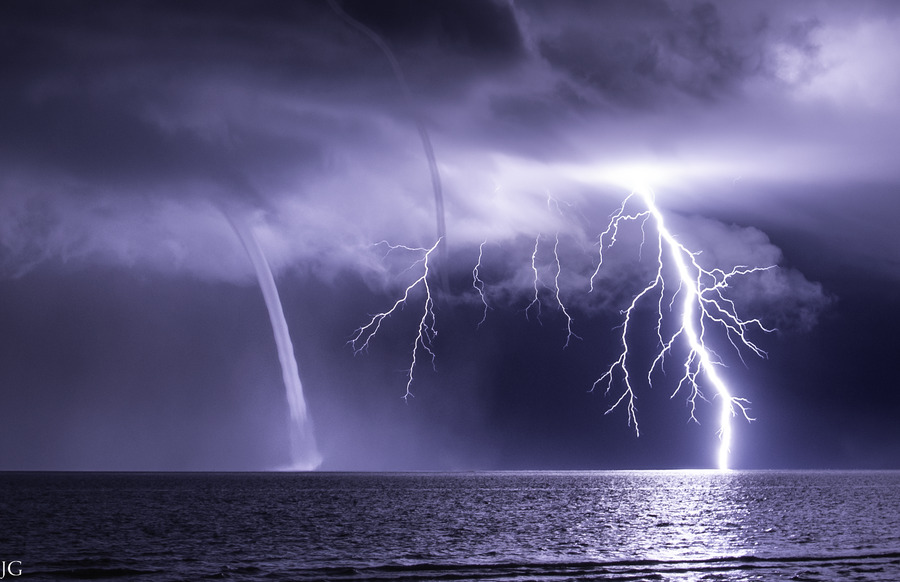 photo Jérémie Gaillard (via Asso Infoclimat)
Thunderstorms are therefore less common over the ocean than over the land for two reasons, the researchers concluded.
The fine airborne particles that promote lightning are more prevalent over land, close to more pollution sources.
And larger sea salt aerosols — which suppress lightning — are naturally found near or over open water. That’s a double whammy, said Yannian Zhu, an atmospheric physicist at Nanjing University in China and a study co-author.
“Different aerosols have significantly different impacts,” he said. 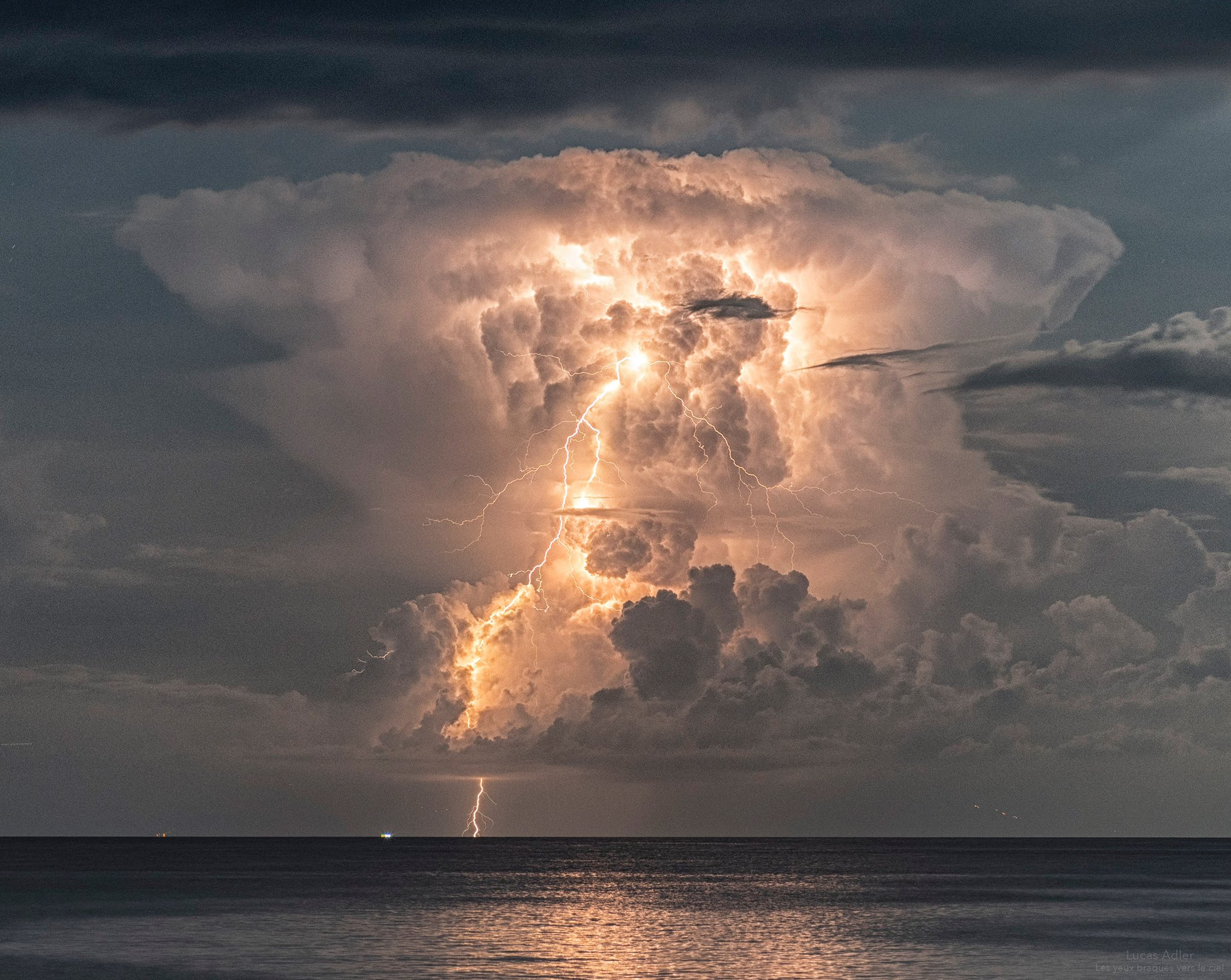 shot from Rhodes, Greece
These results offer a tantalizing explanation for a well-observed phenomenon, said Dr. Romps of the University of California, Berkeley. However, clouds don’t readily give up their secrets, he said.
This work is just one investigation into what will certainly be a long line of research. “It will not be the last word,” he said.