Image of the week : Jason and the Bloomonauts 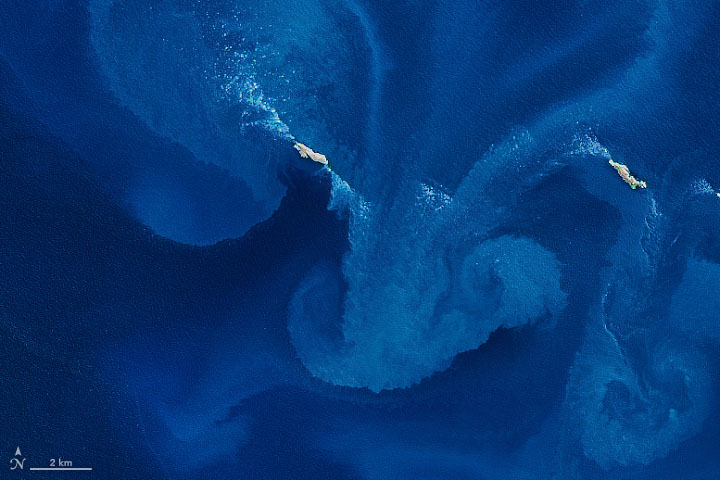 Conditions for phytoplankton blooms are often just right off in southern spring and summer in the South Atlantic between South America and the Falkland Islands
Phytoplankton are microscopic, plant-like organisms that use chlorophyll to harness sunlight for energy. They form the center of the marine food web, serving as a primary food source for zooplankton, fish, and other marine animals.
They are also critical to the global carbon cycle and key producers of the oxygen that makes the planet livable.
These natural-color images were acquired by the Operational Land Imager (OLI) on the Landsat 8 satellite on October 18, 2020.
Swirls of milky blue water indicate the presence of substantial numbers of phytoplankton around the western Jason Islands, an archipelago off of West Falkland Island.
The floating, plant-like organisms get piled up along the edges of currents and eddies, making visible some of the turbulent, dynamic ocean mixing patterns.
The waters in this area are rich with nutrients carried on the Malvinas Current. Spun off of the Circumpolar Current of the Southern Ocean, the Malvinas flows north and east and is enriched by iron and other nutrients from Antarctica and Patagonia.
The waters are made even richer by the interaction of ocean currents along shelfbreak fronts, where underwater ridges slope down to the deep ocean. 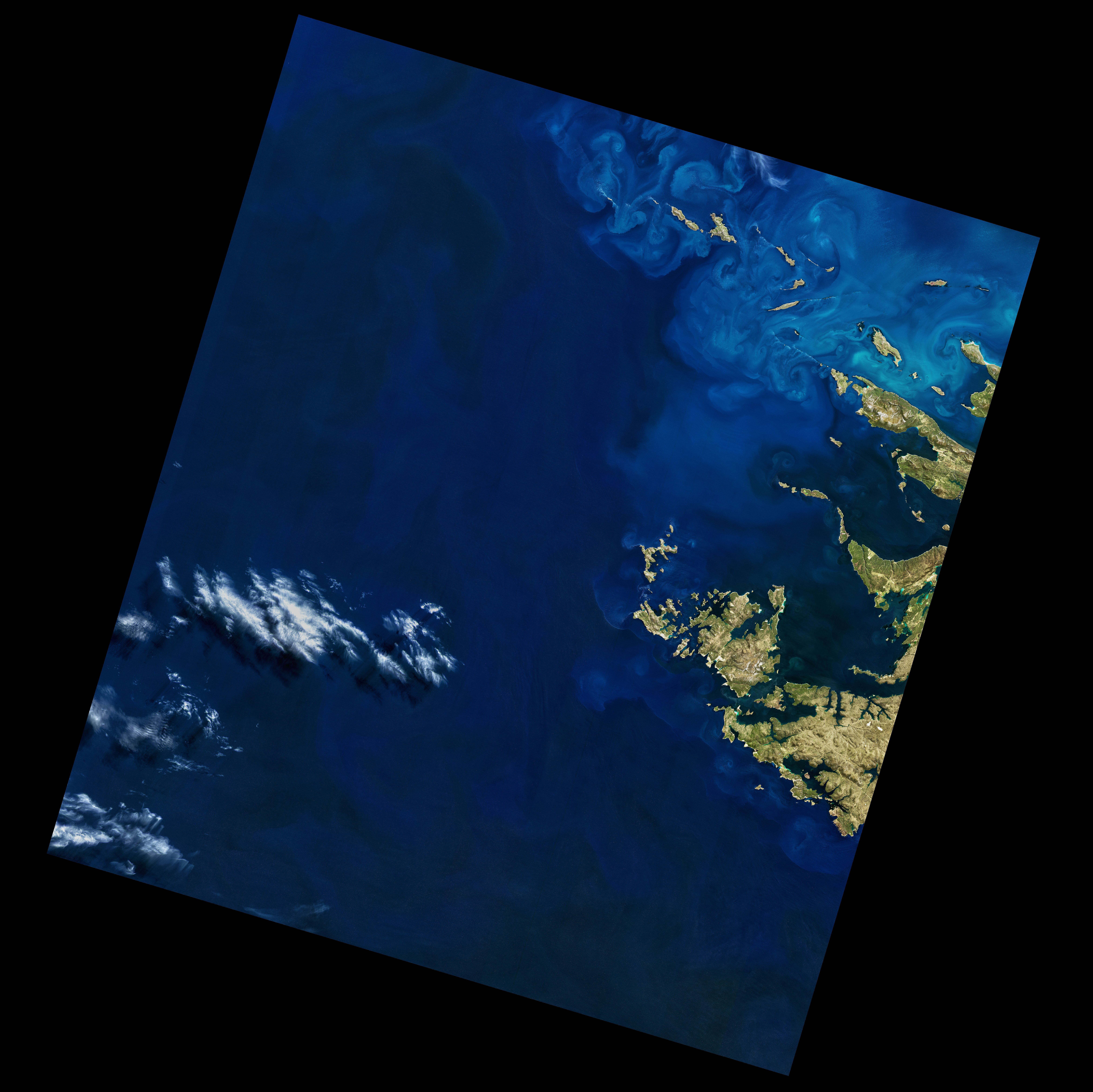 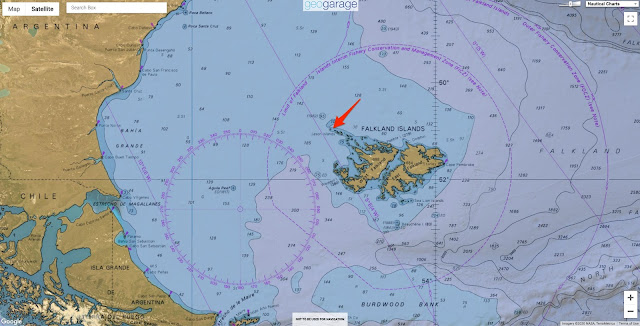 “The bright color suggests this might be coccolithophores, although its hard to say for sure,” said Marina Marrari, a biological oceanographer with the Costa Rica Fishing Federation.

“In general, there is a species succession at the shelfbreak from diatoms in spring to dinoflagellates to coccolithophores in summer, and this also varies with latitude. October seems early in the season but with the right nutrients it is possible.”

“This is such a beautiful image. Although sediments can be suspended from the seafloor, the bright white really resembles a coccolithophorid bloom,” said Priscila Lange of the Blue Marble Space Institute of Science.
“It is a pretty large patch, and blooms of coccolithophorids are so common in this area. It is also possible to see blooms of other phytoplankton (dark patches) in the middle of the white swirls.”

“These sub-mesoscale features are common in the shelfbreak region and north of Malvinas.
The Malvinas current interacts with the bathymetry in that region, stirring the water column and likely causing nutrient input that promotes production in those features,” Marrari added.
“There is a recent paper that discusses that the interaction of the bathymetry with the current and how it could bring iron to the surface promoting these blooms.”

The area is also on the edge of what oceanographers call the “great calcite belt.”
Spanning large swaths of ocean in far southerly latitudes, the calcite belt often shows up as bright, reflective areas in satellite imagery because of the abundance of calcite-rich coccolithophores.

The nearby Jason Islands were first noted on Spanish maps in the 16th century; evidence suggests they might have first been sighted by Ferdinand Magellan or Amerigo Vespucci.
Much later, they were named for the British survey vessel HMS Jason; the Spanish name for the archipelago is Islas Sebaldes.

In general, there are no permanent human inhabitants of the islands these days, other than occasional research teams and a few seasonal visitors.
Many of these rocky islands are protected by the Falklands government and private conservation groups as nature reserves.
The area is important bird habitat, with sizable populations of gentoo and rockhopper penguins, black-browed albatrosses, and other species.
Posted by geogarage at 1:26 AM