How green sand could capture billions of tons of carbon dioxide

Project Vesta’s vision is to help reverse climate change by turning a trillion tonnes of CO2 into rock.

From MIT by James Temple

Scientists are taking a harder look at using carbon-capturing rocks to counteract climate change, but lots of uncertainties remain.

A pair of palm-tree-fringed coves form two narrow notches, about a quarter of a mile apart, along the shoreline of an undisclosed island somewhere in the Caribbean.

After a site visit in early March, researchers with the San Francisco nonprofit Project Vesta determined that the twin inlets provided an ideal location to study an obscure method of capturing the carbon dioxide driving climate change.

Later this year, Project Vesta plans to spread a green volcanic mineral known as olivine, ground down to the size of sand particles, across one of the beaches.
The waves will further break down the highly reactive material, accelerating a series of chemical reactions that pull the greenhouse gas out of the air and lock it up in the shells and skeletons of mollusks and corals.

This process, along with other forms of what’s known as enhanced mineral weathering, could potentially store hundreds of trillions of tons of carbon dioxide, according to a National Academies report last year.
That’s far more carbon dioxide than humans have pumped out since the start of the Industrial Revolution.
Unlike methods of carbon removal that rely on soil, plants, and trees, it would be effectively permanent.
And Project Vesta at least believes it could be cheap, on the order of $10 per ton of stored carbon dioxide once it’s done on a large scale.

But there are huge questions around this concept as well.
How do you mine, grind, ship, and spread the vast quantities of minerals necessary without producing more emissions than the material removes? And who’s going to pay for it?

Then there are particular challenges surrounding Project Vesta’s approach.
Researchers don’t yet know how much waves will speed up these processes, how well we can measure and verify the carbon uptake, what sorts of environmental effects may result, or how readily the public will embrace the idea of pouring ground green minerals along seashores.

“A lot of this is untested,” says Phil Renforth, an associate professor at Heriot-Watt University in Scotland, who studies enhanced weathering. 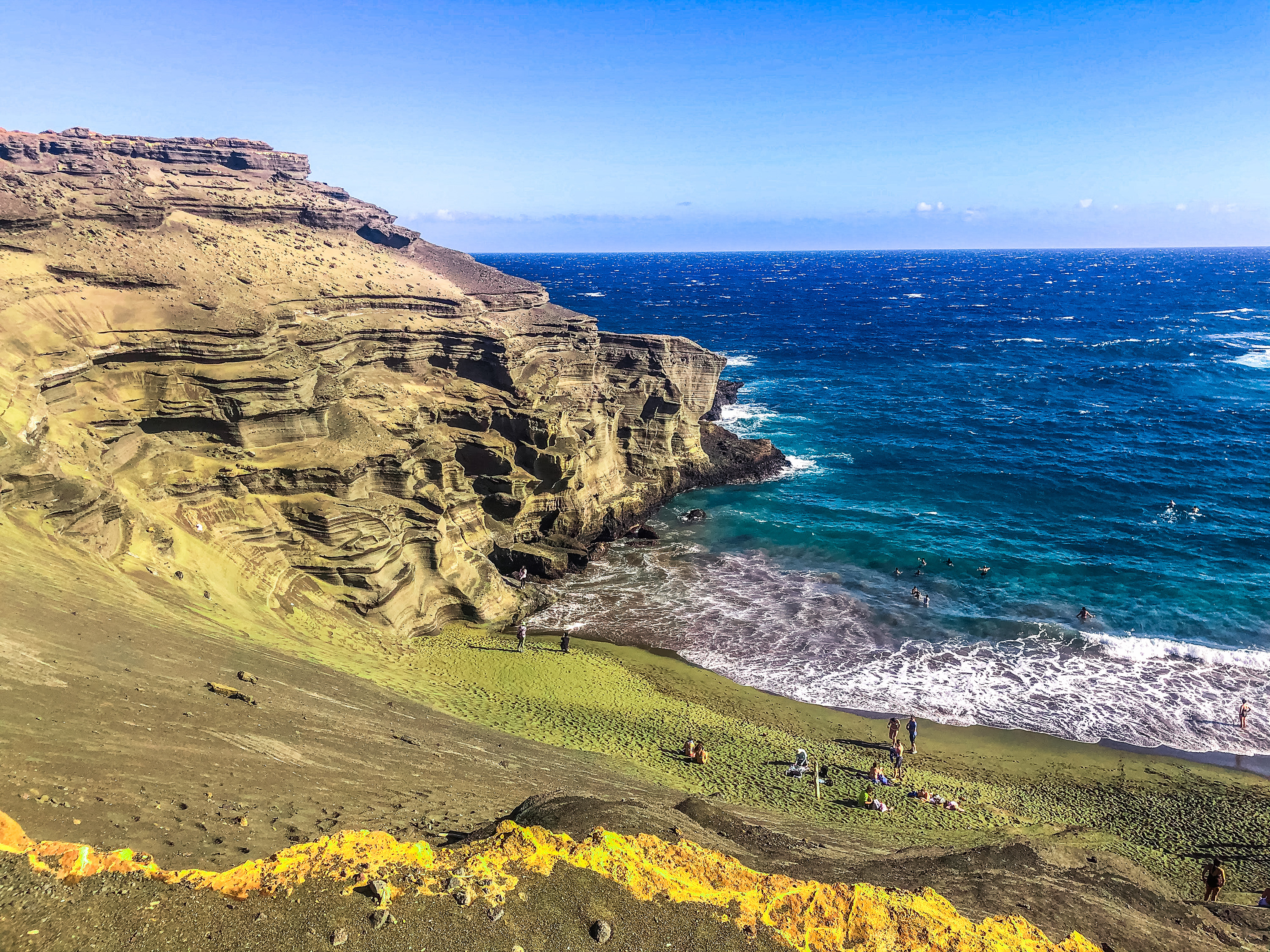 Mineral weathering is one of the main mechanisms the planet uses to recycle carbon dioxide across geological time scales.
The carbon dioxide captured in rainwater, in the form of carbonic acid, dissolves basic rocks and minerals—particularly those rich in silicate, calcium, and magnesium, like olivine.
This produces bicarbonate, calcium ions, and other compounds that trickle their way into the oceans, where marine organisms digest them and convert them into the stable, solid calcium carbonate that makes up their shells and skeletons.

The chemical reactions free up hydrogen and oxygen in water to pull more carbon dioxide out of the air.
Meanwhile, as corals and mollusks die, their remains settle onto the ocean floor and form layers of limestone and similar rock types.
The carbon remains locked up there for millions to hundreds of millions of years, until it’s released again through volcanic activity.

Weathering is the Earth's Natural CO2 Removal Process
For billions of years, rain falling on volcanic rocks has slowly weathered them down before flowing to the ocean, where a reaction removes CO2 from the atmosphere. In this way, as part of the long-term carbon cycle, trillions of tonnes of CO2 has been stored in rocks under the sea.

Helping Accelerate Nature
We take the volcanic mineral olivine from below the surface directly to coastal areas to make green sand beaches. The power of wave action breaks down the rock, accelerating a reaction that removes harmful CO2 from the atmosphere/oceans.

This natural mechanism draws down at least half a billion metric tons of carbon dioxide annually.
The problem is that society is steadily pumping out more than 35 billion tons every year.
So the critical question is: Can we radically accelerate and scale up this process?

But enhanced weathering has gotten little attention in the decades since relative to more straightforward approaches like planting trees, altering agricultural practices or even building CO2-sucking machines.
That’s largely because it’s hard to do, says Jennifer Wilcox, a chemical engineering professor who studies carbon capture at Worcester Polytechnic Institute in Massachusetts.
Every approach has its particular challenges and trade-offs, but getting the right minerals at the right size to the right place under the right conditions is always a costly and complex undertaking.

More researchers, however, are starting to take a closer look at the technology as the importance of carbon removal grows and more studies conclude that there are ways to bring its costs in line with other approaches.
If it’s cheap enough on a large scale, the hope is that corporate carbon offsets, public policies like carbon taxes, or sellable by-products from the process, such as the aggregate used in concrete, could create the necessary incentives for organizations to carry out these practices.

A handful of projects are now under way.
Researchers in Iceland have been steadily piping a carbon dioxide solution captured from power plants or carbon removal machines into basalt formations deep underground, where the volcanic rock coverts it into stable carbonate minerals.
The Leverhulme Centre for Climate Change Mitigation, in Sheffield, England, is running field trials at the University of Illinois at Urbana-Champaign to assess whether basalt rock dust added to corn and soy fields could act as both a fertilizer and a means of drawing down carbon dioxide.

Meanwhile, Gregory Dipple at the University of British Columbia, along with colleagues from other universities in Canada and Australia, is exploring various uses for the ground-down, highly reactive minerals produced as a by-product of nickel, diamond, and platinum mining.
One idea is to simply lay them across a field, add water, and effectively till the slurry.
They expect the so-called mine tailings to rapidly draw down and mineralize carbon dioxide from the air, forming a solid block that can be buried.
Their models show it could eliminate the carbon footprint of certain mines, or even make the operations carbon negative. 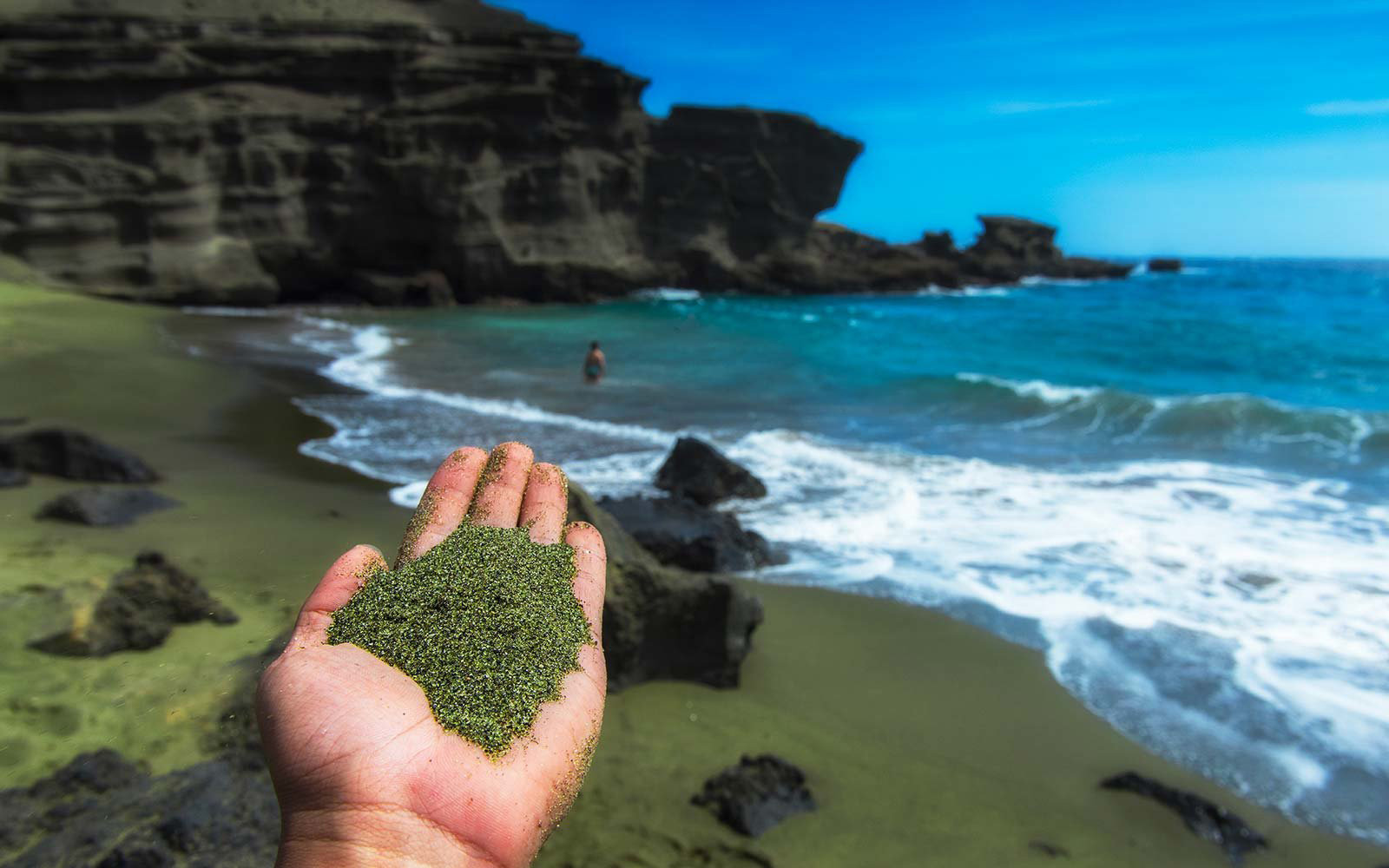 “This is one of the great untapped opportunities in carbon dioxide removal,” says Roger Aines, head of the Carbon Initiative at Lawrence Livermore National Lab.
He notes that a cubic kilometer of ultramafic rock, which contain high levels of magnesium, can absorb a billion tons of carbon dioxide.

“We mine rock on that scale all the time,” he says.
“There’s nothing else that has that kind of scalability in all the solutions we have.”
'In the wild'

Project Vesta unveiled plans to move ahead with its pilot study in the Caribbean in May.
That closely followed online payment company Stripe’s announcement that it would pre-pay the nonprofit to remove 3,333 tons of carbon dioxide for $75 per ton, as part of its commitment to spend at least $1 million annually on negative-emissions projects.

Project Vesta has secured local permission to begin conducting sampling at the beaches and intends to announce the location once it’s finalized approvals to move ahead with the experiment, says Tom Green, the executive director.
He estimates the total cost for the project at around $1 million.

The central goal of the study, which will leave the second beach in its normal state as a control, is to begin addressing some of scientific unknowns that surround coastal enhanced weathering.

Research and lab simulations have found that waves will significantly accelerate the breakdown of olivine, and one paper concluded that carrying out this process across 2% of the world’s “most energetic shelf seas” could offset all annual human emissions.

But a major challenge is that the materials need to be finely ground to ensure that the vast majority of the carbon removal unfolds across years rather than decades.
Some researchers have found that this would be so costly and energy intensive, and produce such significant emissions on its own, that the approach would not be viable.
Still, others conclude it’ll remove significantly more carbon dioxide than it produces.

“There’s a pretty significant body of research that demonstrates this works and has potential,” Green says.
“But now we have to do some real experiments in the wild.”

Project Vesta hopes to get scientists to the site to begin the actual experiment by the end of the year.
After they spread the olivine across one of the beaches, they’ll closely monitor how rapidly the particles break down and wash away.
They’ll also measure how acidity, carbon levels, and marine life shift in the cove, as well as how much those levels shift further from the beach and how conditions at the control site compare.

The experiment is likely to last a year or two.
Ultimately, the team hopes to produce data that demonstrates how rapidly this process works, and how well we can capture and verify additional carbon dioxide uptake.
All those findings can be used to refine scientific models.

Another area of concern, which they’ll also monitor closely, is potential environmental side effects.

The minerals are effectively geological antacid, so they should reduce ocean acidification at least on very local levels, which may benefit some sensitive coastal species.
But olivine can also contain trace amounts of iron, silicate, and other materials, which could stimulate the growth of certain types of algae and phytoplankton, and otherwise alter ecosystems and food chains in ways that could be difficult to predict, says Francesc Montserrat, a guest researcher in marine ecology at the University of Amsterdam and a scientific advisor to Project Vesta.

Project Vesta Announces Key Milestone In Pursuit of Gigatonne Scale CO2 Removal
On Earth Day 2020, Project Vesta announced that we have taken the first steps to go from the lab to the beach.
We have selected a beach for our Phase Ia Safety Pilot Project and have commenced sampling.

Some suggest that Project Vesta may be overselling the potential or discounting the difficulties of its approach, particularly the likelihood of public backlash against proposals to pour materials along seashores.

“I don’t think anyone’s tested the social license part yet,” says Heriot-Watt’s Renforth, who acted as a scientific reviewer for Stripe’s carbon purchases.

Project Vesta’s Green acknowledges the many uncertainties around coastal weathering.
But he stresses that the whole point of the project is to fill in some of the scientific blanks and demonstrate it can be done for $10 a ton.
If so, he believes, markets, policies, and the public will increasingly come to support the concept, particularly as the risks of unchecked global warming mount.

“The world is moving toward a place where people are starting to believe more in climate change and more that we need to do something about it,” he says.
“In five to 10 years, I think we’ll be living in a world where there’s massive support for carbon capture.”