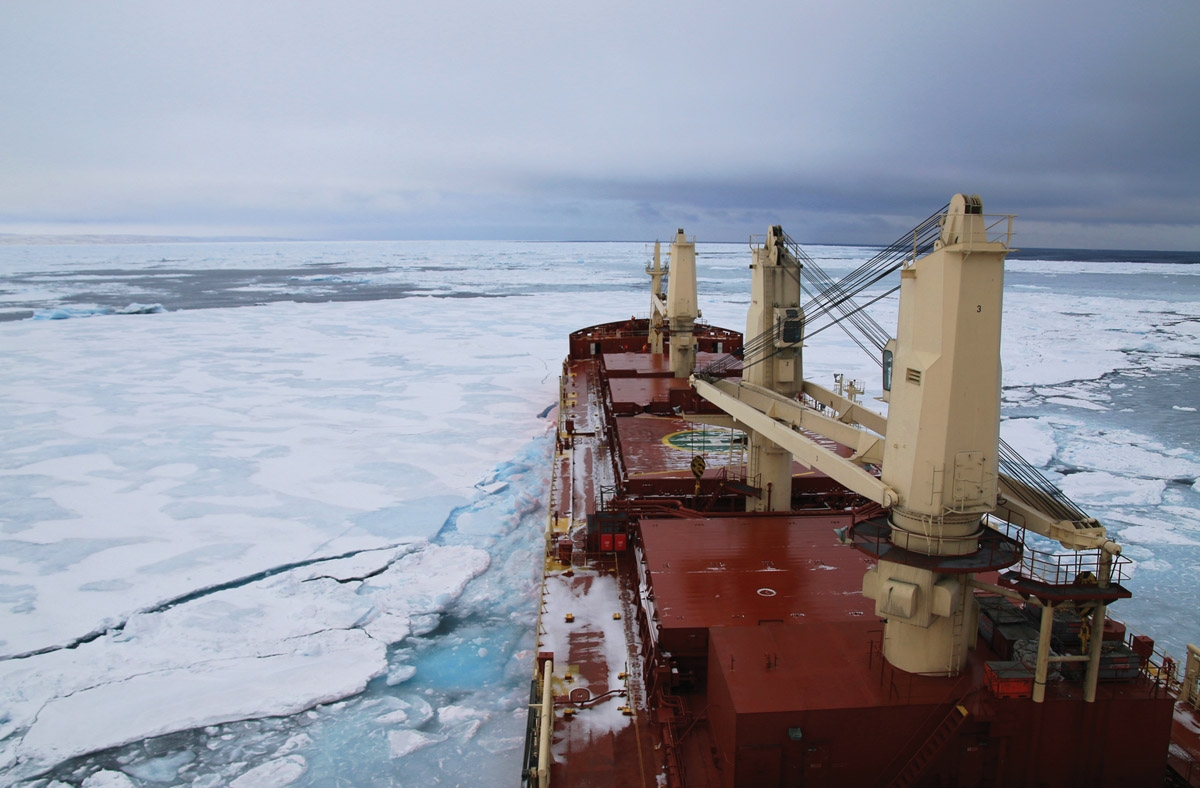 From Arctic Today by Melody Schreiber

Equipping every ship that enters the Arctic with sensors could help fill critical gaps in maritime charts.

Throughout world, the ocean floor’s details remain largely a mystery; less than 10 percent has been mapped using modern sonar technology.
Even in the United States, which has some of the best maritime maps in the world, only one-third of the ocean and coastal waters have been mapped to modern standards.

But perhaps the starkest gaps in knowledge are in the Arctic.
Only 4.7 percent of the Arctic has been mapped to modern standards.

“Especially when you get up north, the percentage of charts that are basically based on Royal Navy surveys from the 19th century is terrifying — or should be terrifying,” said David Titley, a retired U.S. Navy Rear Admiral who directs the Center for Solutions to Weather and Climate Risk at the Pennsylvania State University.
Titley spoke alongside several other maritime experts at a recent Woodrow Wilson Center event on marine policy, highlighting the need for improved oceanic maps.

When he was on active duty in the Navy, Titley said, “we were finding sea mounts that we had no idea were there.
And conversely, we were getting rid of sea mounts on charts that weren’t there.”
The problem, he said, comes down to accumulating — and managing — data. But there could be an intriguing solution: crowdsourcing.
“How does every ship become a sensor?” Titley asks.
Ships outfitted with sensors could provide the very information they need to travel more effectively.

Each ship would collect information on oceans, atmosphere, ecosystems, pollutants and more.
As the ships traverse the ocean, they would help improve existing maps and information about the waters they tread. 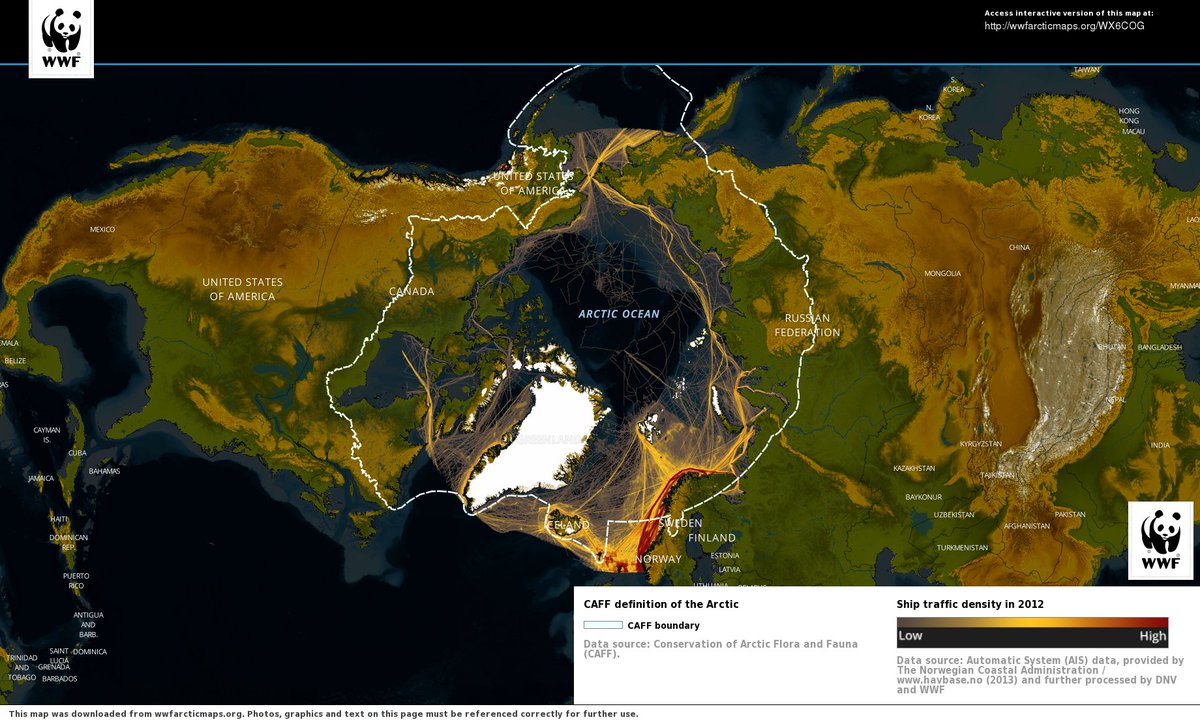 Map of the Arctic region showing the shipping routes in Arctic 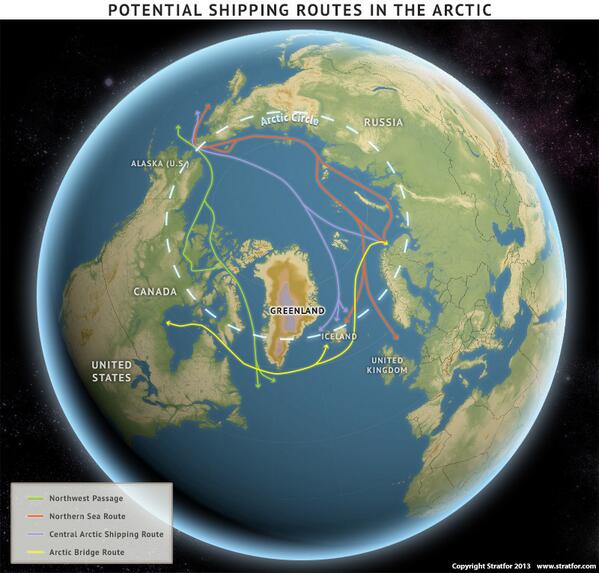 Maps are becoming more important as shipping activity increases — both around the world and in the Arctic.

In August, the Russian research ship Akademik Ioffe ran aground in Canada’s Arctic. In 2015, the Finnish icebreaker Fennica ripped a three-foot gash in its hull — while sailing within the relatively better charted waters of Alaska’s Dutch Harbor.

“The traditional way that we have supplied these ships with information — with nautical charts and predicted tides and tide tables, and weather over radio facts — are not anywhere near close to being what’s necessary,” said Rear Admiral Shep Smith, director of NOAA’s Office of Coast Survey.
The “next generation of services” would go much further, predicting the water level, salinity, and other information with more precision and detail.
One of NOAA’s top priorities, Smith said, is “the broad baseline mapping of the ocean — including the hydrography, the depth and form of the sea floor, and oceanography.”
Such maps are necessary to support development, including transportation, offshore energy, fishing and stewardship of natural resources, he said. 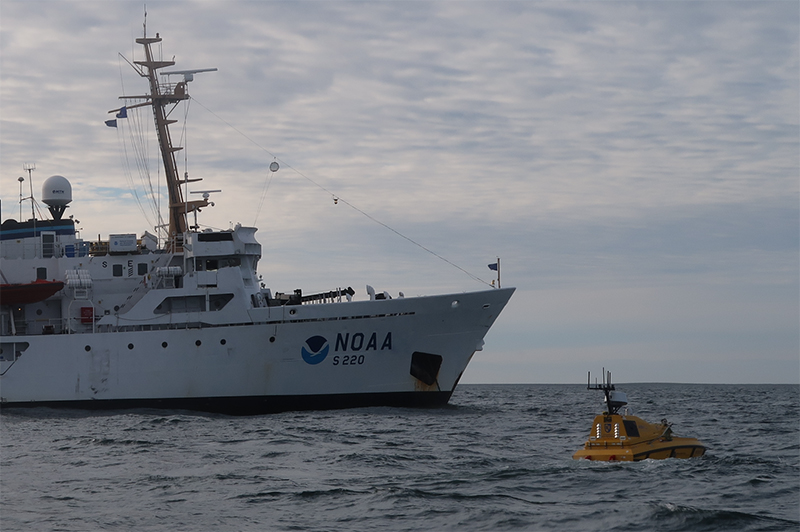 A team of engineers and students from the University of New Hampshire’s Center for Coastal and Ocean Mapping recently returned from a voyage that deployed the first autonomous (robotic) surface vessel — the Bathymetric Explorer and Navigator (BEN) — from a NOAA ship far above the Arctic Circle. Credit: Courtesy Christina Belton, NOAA

They are turning to crowdsourcing, satellite-derived bathymetry — and the idea of turning every ship into a sensor.
Projects like Seabed 2030 — a worldwide effort to map the seabed — will be crucial to these efforts, Smith said.
“It’s hard to map the bottom of the ocean,” said Rear Admiral Jon White, president and CEO of the Consortium for Ocean Leadership.
“It’s like trying to map your backyard with ants, with the ships that we have.”

However, he said, the technology to do so is improving.
“There are great opportunities for the people who understand this technology, to make new ways, better ways to actually map it faster,” White said.
Moving forward, he said, both federal investment and public-private partnerships should focus on “getting every ship to be a sensor in the ocean.”
That effort will be crucial for accomplishing “all the things that we’re trying to do in the maritime environment,” he said.