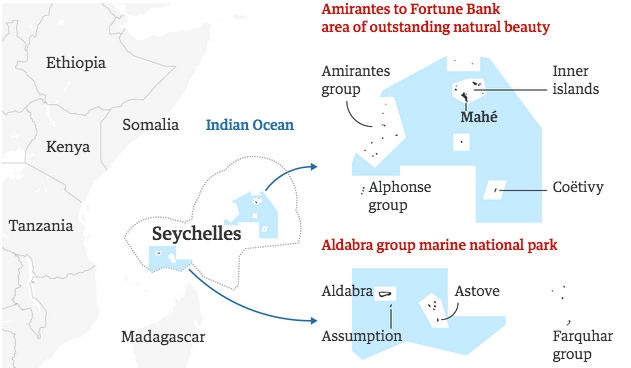 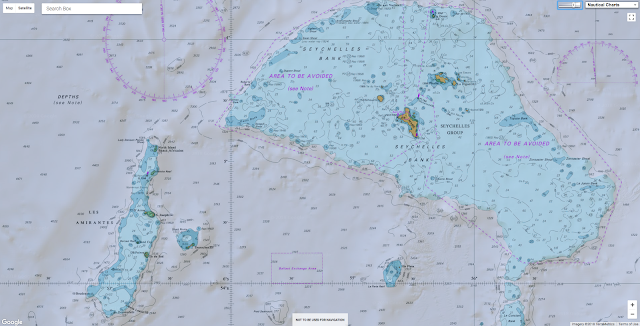 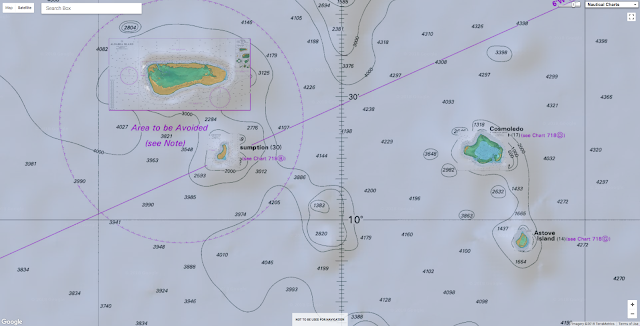 An innovative exchange of sovereign debt for marine conservation, backed by the likes of Leonardo DiCaprio, could pave the way to saving large swaths of the world’s oceans

The tropical island nation of Seychelles is to create two huge new marine parks in return for a large amount of its national debt being written off, in the first scheme of its kind in the world.

The novel financial engineering, effectively swapping debt for dolphins and other marine life, aims to throw a lifeline to corals, tuna and turtles being caught in a storm of overfishing and climate change.
If it works, it will also secure the economic future of the nation, which depends entirely on tourism and fishing.
With other ocean states lining up to follow, the approach could transform large swaths of the planet’s troubled seas. 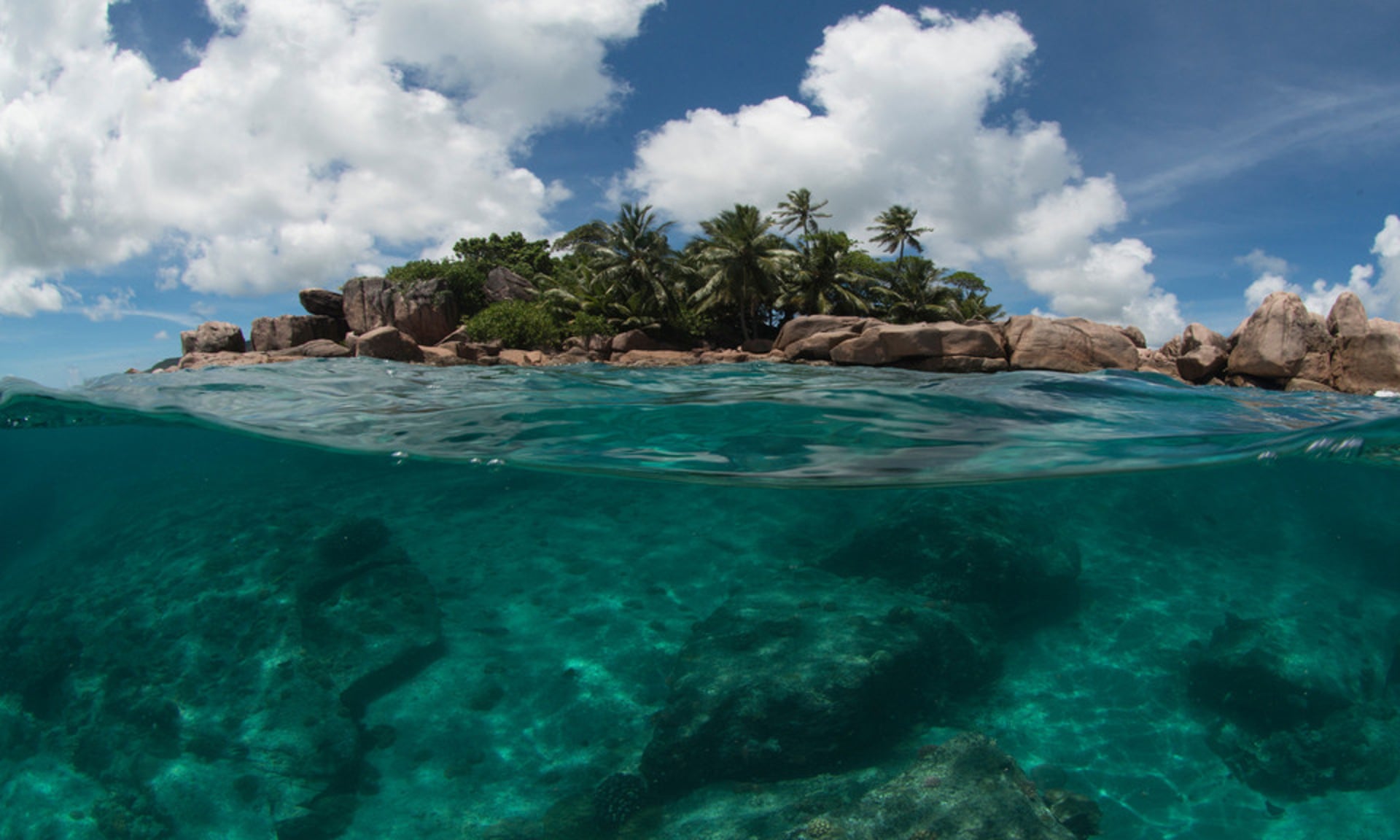 The new parks will cover 15% of the Seychelles ocean.
Photograph: The Ocean Agency

The challenge for the Seychelles is clear on the coral reef fringing Curieuse Island, once a leper colony and now a national park.
The mass bleaching caused by warming waters in 2016 has left the white limbs of branching corals lying like bones in a ploughed graveyard, with rare flashes of the cobalt-blue coral survivors.

“The biggest changes are climate change,” says David Rowat, a marine scientist and diving school owner for 30 years, who says storms and bleaching events are becoming more frequent.
Some clownfish have never returned since the major bleaching in 1998, he says: “The ‘nemos’ all went.” As the reef recovered, the 2016 bleaching was a “kick in the teeth”, Rowat says.

Overfishing, and the killing of dolphins, sharks and turtles as bycatch in tuna nets, is also taking its toll across the Seychelles’ vast ocean territory.
The new marine plan bans fishing around biodiversity hotspots, keeping them healthy and better able to resist climate change. 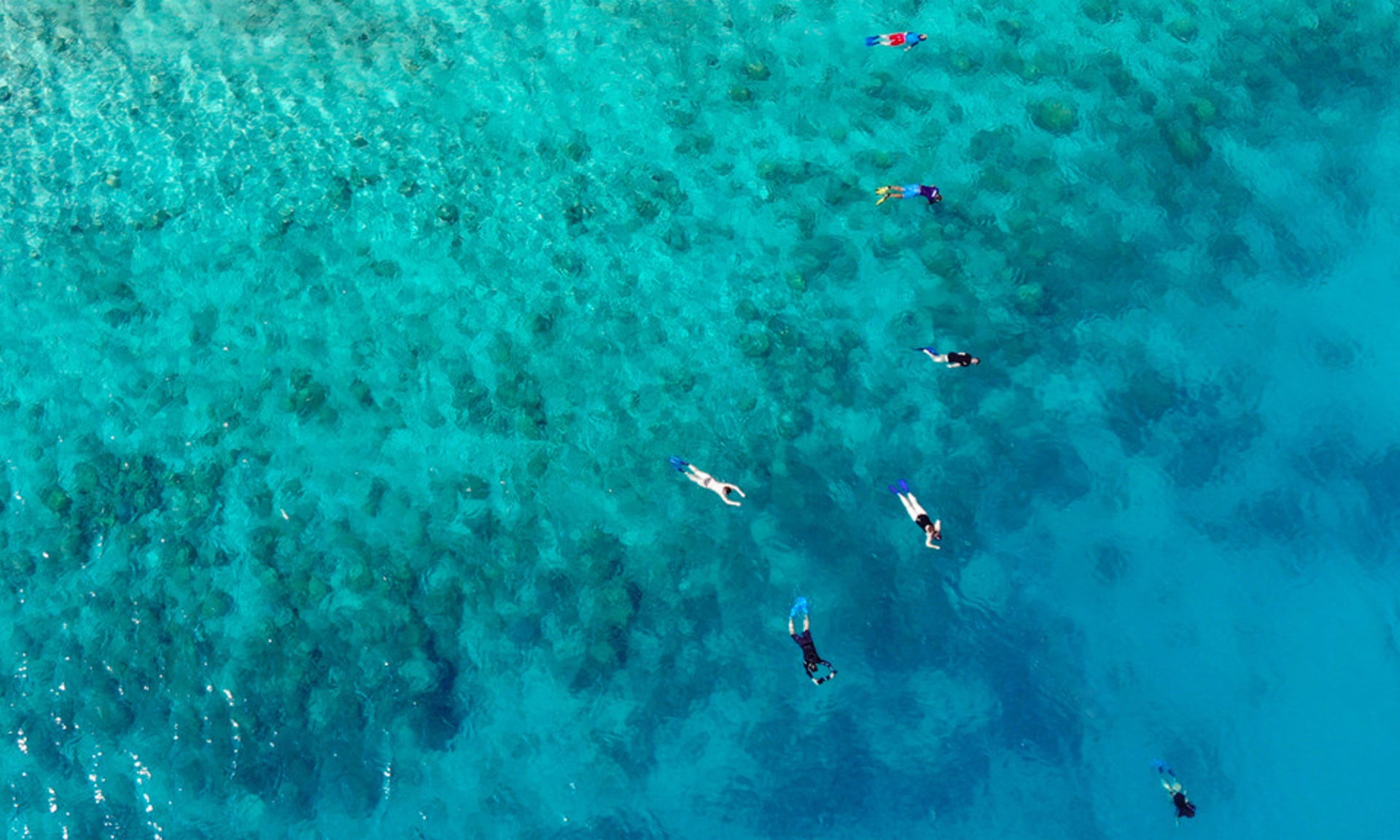 Storms and coral bleaching are becoming more frequent in the Seychelles.
Photograph: The Ocean Agency

The biodiversity jewel in the Seychelles crown is the Aldabra archipelago, which rivals the Galapagos in ecological importance.
Spinner dolphins, manta rays, humpback whales and nurse, lemon and tiger sharks share the waters with hawksbill and green turtles, and seabirds from some of the world’s largest colonies soar above.
Dugongs - or sea cows - are the most endangered species in the Indian Ocean and shelter here, while 100,000 rare giant tortoises slowly roam the land.

The new protected area around Aldabra is 74,000 square kilometres - almost the size of Scotland - and bans all extractive uses, from fishing to oil exploitation.
The second new protected area is 134,000 sq km, centred on the main Seychelles island of Mahe.
It allows controlled activities but is, for example, banning “fish aggregating devices” – rafts that concentrate fish but drive up bycatch.

Together, the parks cover 15% of the Seychelles ocean and the government will double this by 2021, putting it far ahead of an international target of 10% by 2020.
The parks resulted from the first ever debt-swap deal for marine protection in which $22m of national debt owed to the UK, France, Belgium and Italy was bought at a discount by The Nature Conservancy (TNC), the NGO that has assisted the Seychelles.

TNC also raised $5m from donors to pay off part of the debt and cut the interest rate charged to the Seychelles government on the outstanding loan.
This has freed up $12m over the next 20 years to help implement the new marine plan.

“The Seychelles is positioning itself as a world leader in ocean governance,” says environment minister, Didier Dogley.
“But we are not doing this because we have such a great ego but because we truly believe these initiatives will create prosperity for our people, conserve critical biodiversity and build resilience against climate change.”


In the Seychelles, the investigation enters the shady world of longline fishing.

Leonardo DiCaprio, whose foundation donated $1m towards funding the debt swap, said: “These protections mean that all species living in these waters or migrating through them are now far better shielded from overfishing, pollution, and climate change.”

Benoît Bosquet, environment practice manager at the World Bank, which is not involved in the Seychelles marine plan, said: “They are a leader in this field worldwide and may be an example for many other countries.”

However, despite the biggest consultation since the Seychelles nation was founded, some islanders have not welcomed the new plan.
On Praslin island, as he unloads his catch of job fish and white spotted snappers onto Grande Anse beach, fisherman Richard Bossy, says: “We are worried. They want to make a lot of regulated areas where we can’t fish. Fishing is already harder and we are going to lose a lot. If there is not enough enforcement, it will never be implemented.”

Leroy Lesperance, who charters glass-bottomed and game-fishing boats to tourists on Praslin, is also sceptical the plan will become a reality: “I am 44 and I have heard this talk since I was at school.” 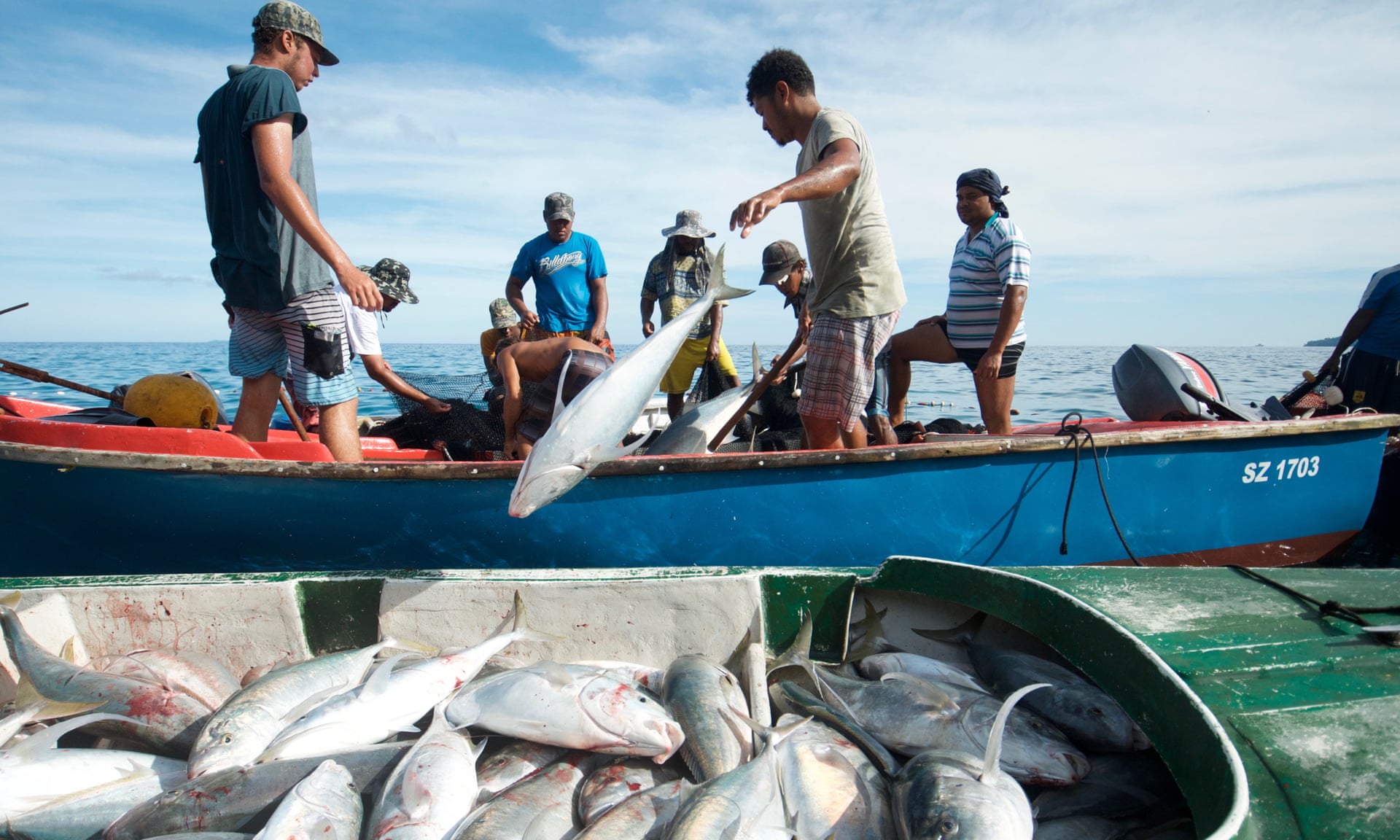 Some fishermen are worried about the conservation plan.
Photograph: Tate Drucker / The Nature Conservancy

But others have bought into the idea, including Graham Green, a young fisherman at Baie St Anne on Praslin: “If the fish are protected where they are spawning, I’ve heard they will get bigger.
We need to do it if we are going to be catching fish in 20 years.”

Green expects the benefits will take perhaps five-10 years to be realised, but sees it as an investment: “You couldn’t start a business today and be a millionaire tomorrow - if you could everyone would be a millionaire.”

Another challenge to the marine plan is a controversial new military base planned for the island of Assumption, about 20 miles from the Aldabra atoll and to be paid for by India.
One well-informed source, who asked for anonymity, told the Guardian: “I am worried that it could damage the biodiversity of Aldabra.
We are talking about big ships coming in to berth.” That implies pollution and the dredging of channels, which can cover corals in silt, he says.
“The Assumption saga will certainly test the credibility of the marine spatial plan process,” says Keith Andre, from the Fisherman and Boat Owners Association.

But Seychelles vice-president, Vincent Meriton, says the military base will have to pass environmental assessments and will actually benefit protection, by enabling better surveillance around the isolated Aldabra archipelago: “This facility will allow us to better monitor.
It augurs well.”

Meriton also says the Seychelles will need to use new satellite surveillance programmes that use machine learning algorithms to detect the tell-tale movement patterns of fishing boats, already in use in some parts of the Pacific.

Oil exploration is another dilemma for the Seychelles, which could be sitting on “world-class” reserves, according to Patrick Joseph, CEO of PetroSeychelles, a state-owned company.
It has given up some high-priority prospects, such as the Wilkes seamount which is now in the Aldabra protection zone.

But, pointing to the revisions to the plan expected every five years, he says: “If the price of oil goes a bit higher, there will be companies drilling here in the Seychelles.”
Andre, pointing to the possibility of seismic surveys in the protected zone around Aldabra, says: “The nature and impacts of these activities contradicts the authenticity of the entire process.” 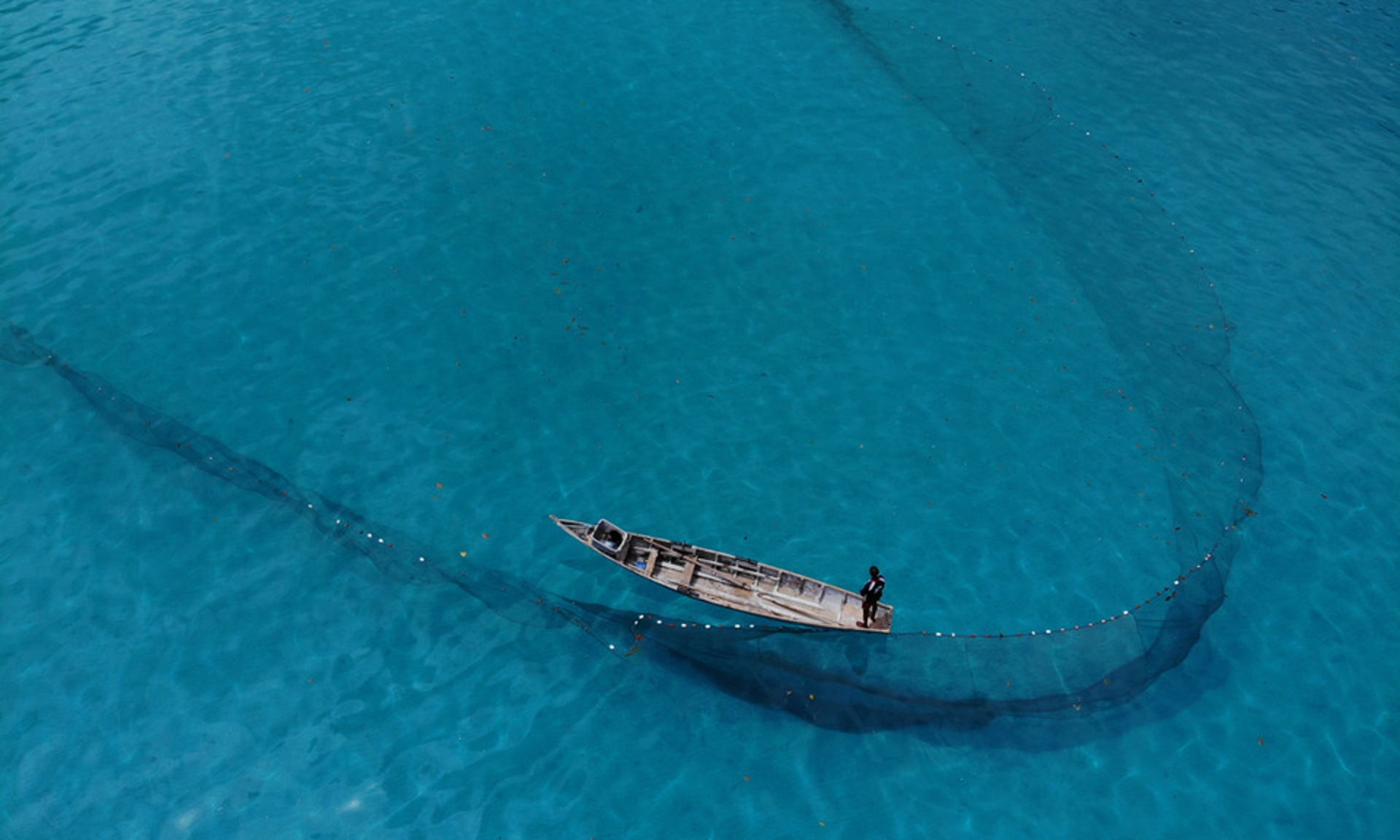 Many of the details of exactly what is allowed in the protected zones could not be finalized until the areas were selected and are still being worked out, meaning many difficult negotiations still lie ahead.
“It is a chicken and egg situation,” says Helena Sims, TNC’s project manager in the Seychelles.
“But we have built trust from the bottom up and if we keep that and are transparent I am positive our targets can be met.”

The Seychelles debt swap is a vital test case for this new way of funding ocean conservation.
Rob Weary at TNC did the deal and expects to close a $60m debt swap deal with Grenada this year and a series of others in the Caribbean in the next couple of years.
Mauritius also has serious interest.

Despite the election of Donald Trump scuppering for now planned swaps of US debt for Palau and the Marshall Islands in the Pacific, Weary is confident debt swaps for marine conservation are going to grow: “In the next three to five years we could potentially do a billion dollars of these deals.
We have a sight line to that.”

Questions, such as oil exploration, remain.
But environment minister Dogley says: “We don’t have answers for everything now but the marine spatial plan has started the process of thinking about these things - before we were not.
The debt swap triggered everything.”