this writer was unable to vet the following video as part of Earhart’s final flight, but it’s definitely footage of Amelia and her navigator, Fred Noonan.

From The Inquisitr by Kaanii Powell Cleaver

Many notable names of the 20th century have faded with the passage of time.
Not so with aviatrix Amelia Earhart.
The pioneering female pilot disappeared while flying over the Pacific Ocean in 1937, but people still wonder what happened to her.
In fact, the Amelia Earhart mystery is generating global buzz right now, and the world can thank Ric Gillespie and Thomas King of The International Group for Historic Aircraft Recovery’s Amelia Earhart Project for that.
On October 1, 2016, Nature World News made the announcement that the International Group for Historic Aircraft Recovery has recovered and is touting conclusive evidence that proves where and possibly how Amelia Earhart and her flight navigator, Fred Noonan, perished nearly 80 years ago.

Although no real evidence was ever presented that could prove or disprove it, the U.S. government declared the official cause of Earhart’s and Noonan’s deaths to be an airplane crash.
In theory, a plane crash into unknown Pacific waters makes sense.
She had, after all, crashed while piloting a plane at least twice before.
In reality, the demise of Amelia Earhart and her trusty navigator may be a far more grisly tale.

According to The International Group for Historic Aircraft Recovery, or TIGHAR, Amelia knew she was running out of fuel and could not find her planned destination of Howland Island, so she landed her plane on a relatively flat coral reef on the western edge of an atoll then known as Gardner Island. She used the last of her fuel to send distress calls for several nights.
A week after Earhart’s final radio transmission, the U.S. Navy sent a fleet of search planes to find Amelia.
By then, Earhart’s Lockheed Electra had been swept off the tiny reef and into very deep water, so no wreckage was seen from above.
Search pilot Lt. John O. Lambrecht did report seeing “signs of recent habitation” on the beach, but he assumed there were natives living on the island and did not send a rescue team.


Finding Amelia with Hard Facts and Sound Science :
Powerpoint presentation given by TIGHAR Executive Director Ric Gillespie
at The Collider in Asheville, NC on August 5, 2106

What in the world happened to Amelia Earhart?

As the official story goes, Earhart’s Lockheed Electra 10E “flying laboratory” was equipped with aviation gear that was state of the art for the time. Biography.com notes that although Amelia was a competent pilot, she was not a very good navigator.
She flew more by instinct than by instruments, which may or may not have contributed to her disappearance on June 2, 1937.
Other factors that came into play that fateful night were the overcast skies that blocked Noonan’s ability to navigate by the stars and the fact that the charts used by Noonan and Earhart were outdated and placed 6,500 feet long, 1,600 feet wide Howland Island, which was their destination, at least five miles from its actual location.
Amelia’s plane circled the region, looking for Howland Island and its tiny landing strip as they radioed a U.S. Coast Guard vessel called the Itasca with the following message.

In the days following Amelia’s disappearance, at least 100 people around the planet reported hearing distress calls that originated from Earhart’s radio, reports The Vintage News.
Among those who described calls were a shortwave operator in Texas who said that Amelia claimed to have made a partial water landing.
Another radio listener reported hearing Earhart say she was injured, but that her navigator was in worse shape than she.
Anecdotal evidence is fascinating, but not enough to prove that Earhart and Noonan survived their aviation mishap long enough to fire up the radio and send distress calls.
Things that can prove the doomed duo survived a crash and died some time later are the “hard facts and sound science” presented by Ric Gillespie at The Collider in Asheville, North Carolina, on August 5 of this year. 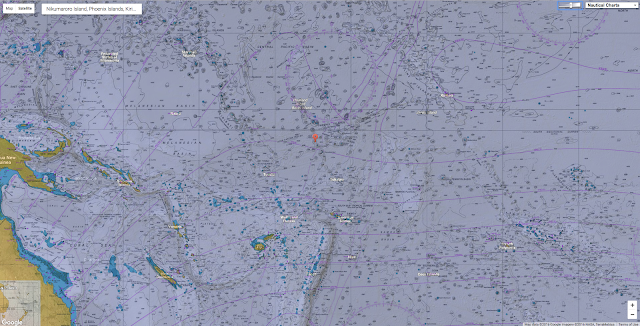 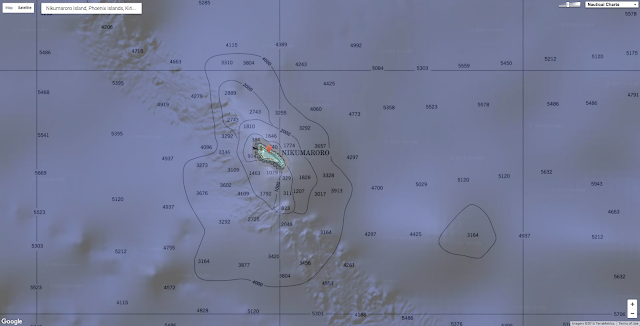 And the middle of nowhere is precisely where a 19 inch by 23 inch rectangle of aluminum was found by TIGHAR researchers in 1991.
Since that time, TIGHAR researchers have unearthed several other bits of conclusive evidence on Nikumaroro, including a pot of freckle cream, the heel of a woman’s shoe that matches contemporary photos of Earhart and several small bones.
Scientists surmise that the rest of Earhart’s and Noonan’s bones may yet be discovered in old crab burrows.

Scab patch as proof that Amelia landed on Nikumaroro atoll.

When the aluminum slab was first discovered, some pooh-poohed it as not matching Earhart’s Elektra airplane.
In 1996, the metal was tested by an independent lab and was found to be essentially identical to the 24ST Al-clad aluminum used as the skin of Earhart’s plane, NR16020.
Recently, the TIGHAR team found a Miami Herald photograph that clearly shows the same piece used as a “scab patch” to cover a broken window on the plane that became a part of the Amelia Earhart mystery more than seven decades ago.
Gillespie notes that “the patch was as unique to her particular aircraft as a fingerprint is to an individual and that the aluminum matches that fingerprint in many respects.”


Video summary of NAI'A's 2015 expedition to Nikumaroro in the Phoenix Islands in support of TIGHAR's search for Amelia Earhart.

Between 2001 and 2010, Gillespie and the TIGHAR team visited Nikumaroro Island several times, finding artifacts and evidence of long-ago meals, leading scientists to conclude that Earhart may have survived for several months before dying of malnutrition or illness.
Whatever the cause of her death, the brave aviatrix who flew through the Pacific sunset and into the history books perished shortly before her 40th birthday.