Photos of the submarine Internet cables the NSA probably tapped 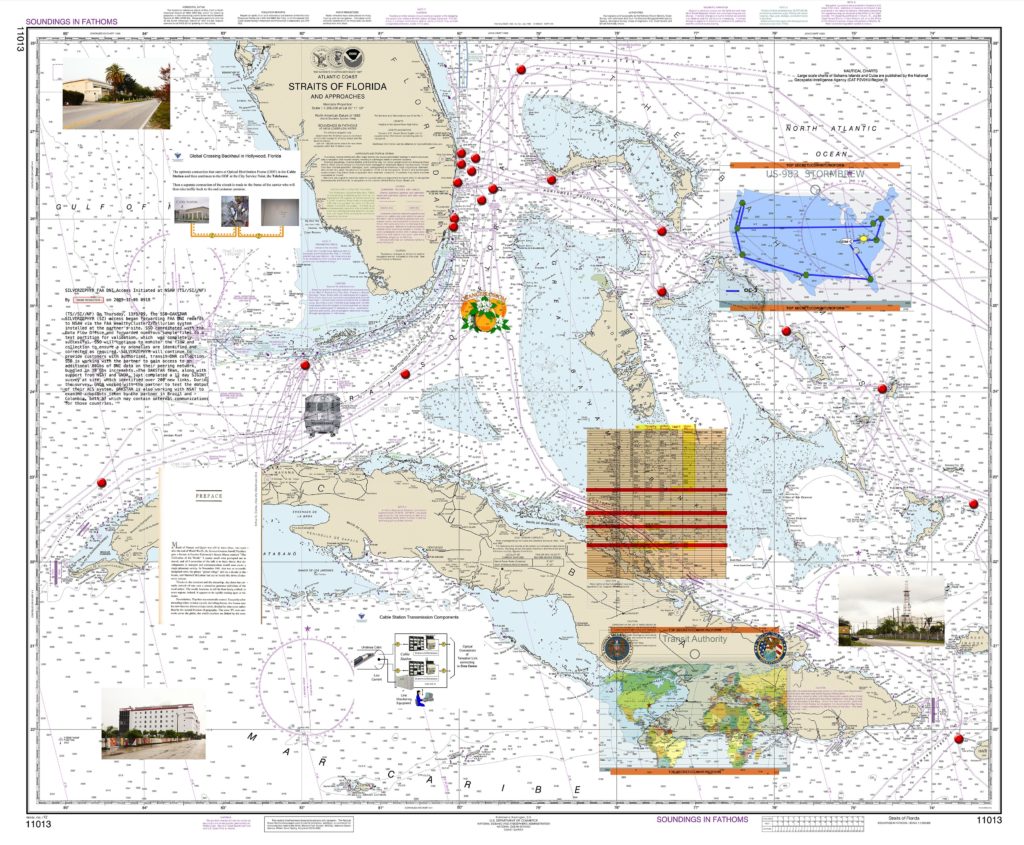 
From Wired by Laura Mallonee

The words “mass surveillance” usually bring to mind wiretaps, security cameras, and the NSA hoovering unfathomable quantities of cellphone metadata and Internet activity.
Few pause to consider the physical aspect of that last type of data collection: The government taps hundreds of cables that snake across the ocean floor, carrying data around the world. 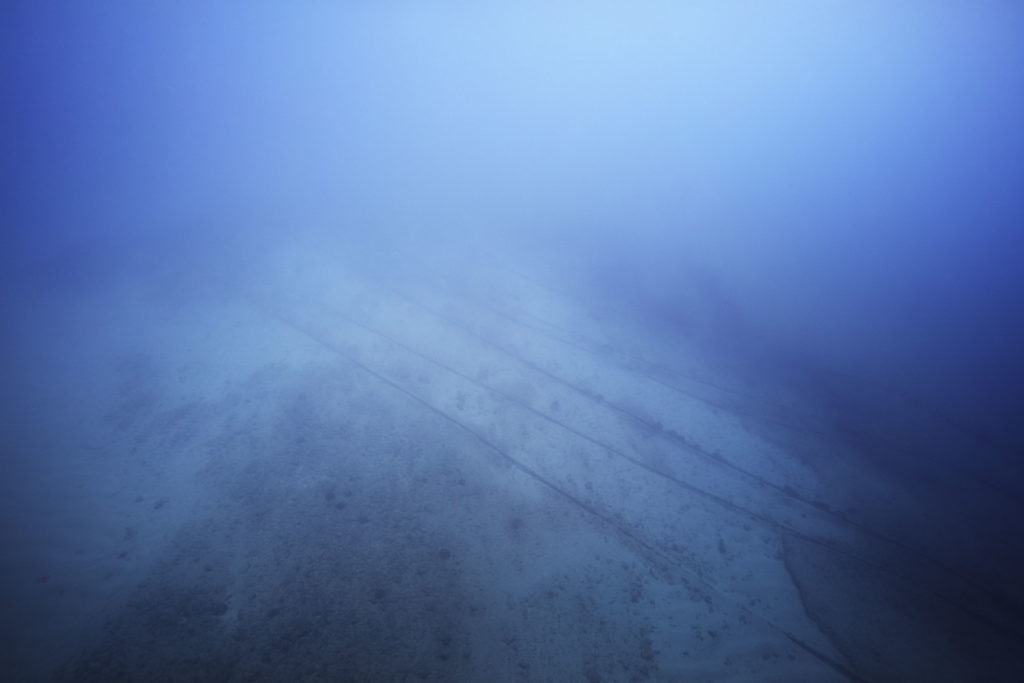 Artist Trevor Paglen reveals some of those cables in a recent series, offering a visual reminder of how vulnerable your data is, and how easily it is accessed.
“Once you start looking into the infrastructure, it becomes obvious very quickly that 99 percent of the world’s information goes through little tubes under the ocean,” Paglen says.
“Those are very juicy targets for someone who wants to surveil the world.” 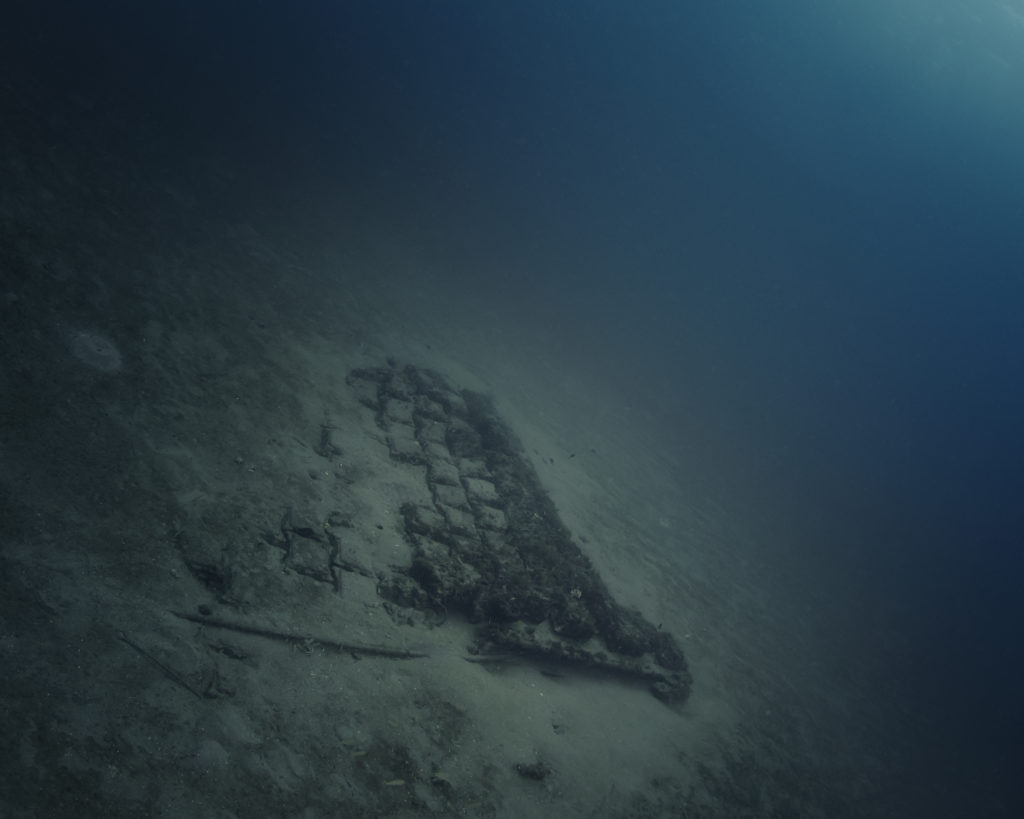 Security and surveillance fascinates Paglen, who has spent 10 years photographing everything from so-called “black sites” to spy satellites.
He was a cinematographer for Laura Poitras’s fascinating film Citizenfour, which documents Edward Snowden‘s NSA leaks as he made them.
During filming, Paglen visited NSA whistleblower Bill Binney, who suggested the artist look into Internet infrastructure. 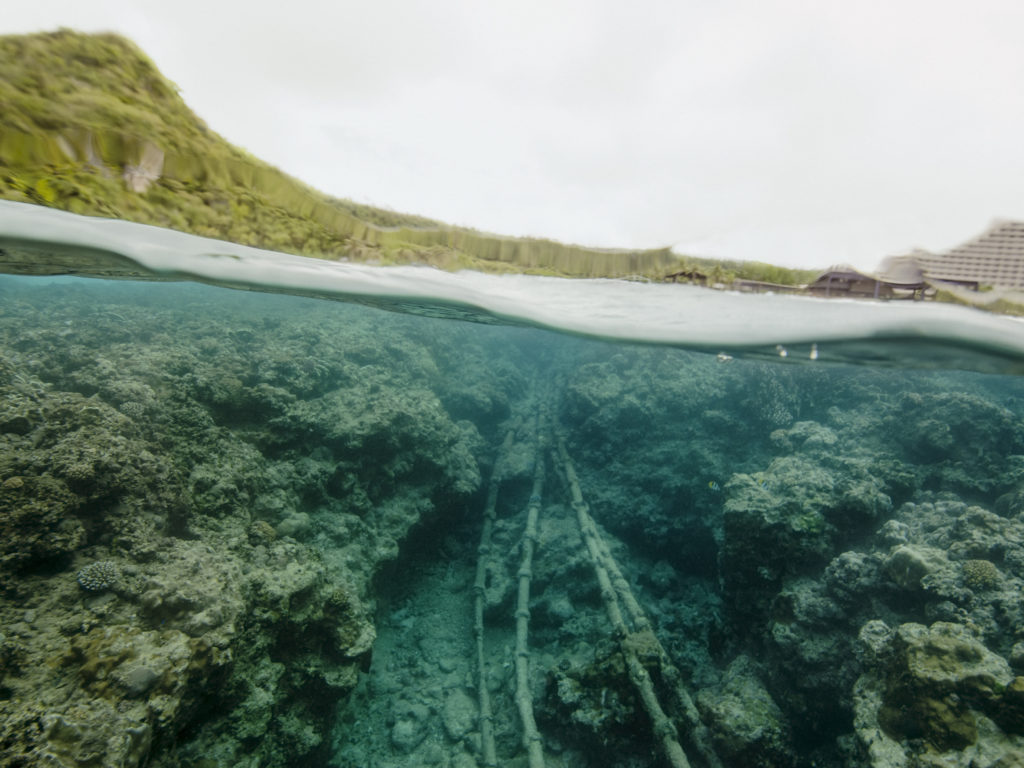 Under the Beach (Tumon Bay, Guam)

Among the many things Snowden disclosed was the fact the NSA and others tap these undersea cables.
Paglen spent two years studying the leaked data, cross-checking it with information gleaned from telecom documents, maritime charts, and topographical maps.
He also searched FCC filings and other regulatory documents, correlating information with the NSA documents.
It required a bit of detective work to sort it all out, because the agency often uses codewords. 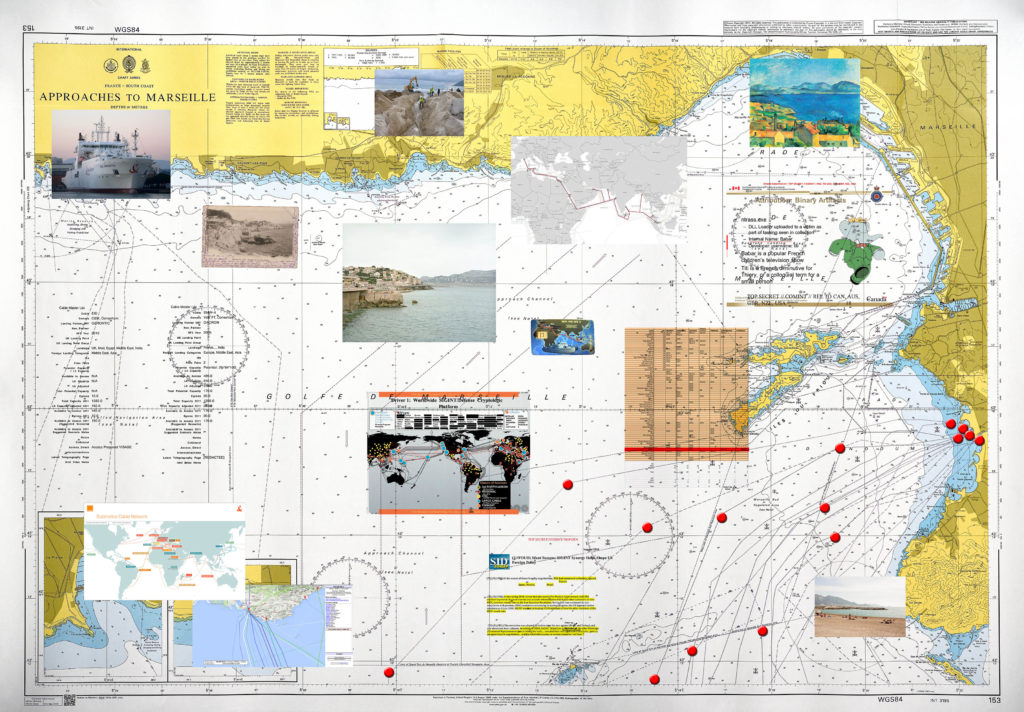 Once he had a sense of where these cables came ashore, Paglen had to photograph them.
That meant learning scuba diving.
He took a class in Berlin in the spring of 2015, flew to Florida for a certification course, and was diving off the coast of Miami Beach the next day.
He found the cable within minutes, exactly where his research indicated he would. 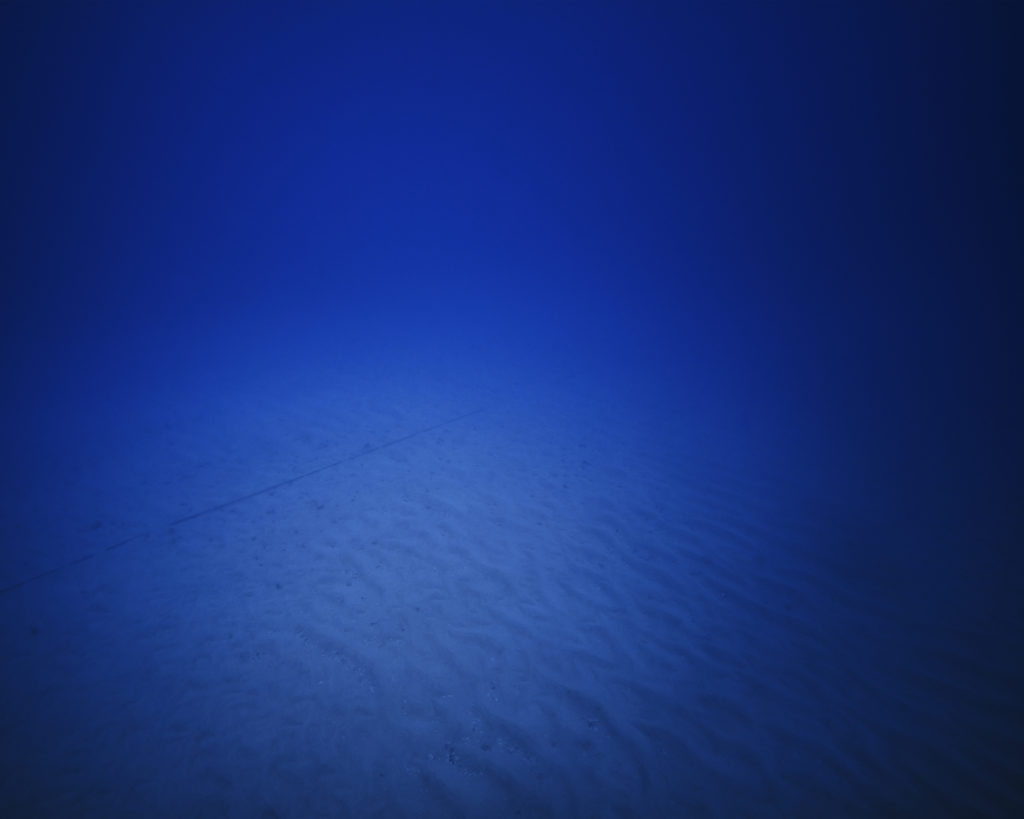 He photographed 10 cables off the coast of Florida, Hawaii, and Guam during more than 30 dives for the ongoing project, which includes large-format photos of where those cables come ashore.


From tapped fiberoptic cables at the bottom of the sea to football field-sized antennas in deep space, the architecture of state surveillance is as ubiquitous as it is invisible.
In this talk, artist Trevor Paglen shares more than a decade's worth of images, research, and stories about how to "see" the top-secret infrastructures that are so emblematic of our historical moment.

He also creates collages of maps and documents linking those cables to NSA surveillance, providing a multi-media overview of government snooping.
“Much of the way we understand the world is through images,” Paglen says.
“That’s what I think good art does—it teaches you how to see the historical moment that you live in.”