US navy returns to celestial navigation amid fears of computer hack

It was how Odysseus sailed the seas, how Columbus reached the Americas, and how Lawrence of Arabia found his way across the vast, featureless deserts of the Middle East.

For millennia, travellers used the stars to guide them on their journeys – a technique which, in recent decades, has been replaced by modern technology.

But now the US navy is reinstating classes on celestial navigation for all new recruits, teaching the use of sextants – instruments made of mirrors used to calculate angles and plot directions – because of rising concerns that computers used to chart courses could be hacked or malfunction.
“We went away from celestial navigation because computers are great,” said Lt. Cmdr. Ryan Rogers, the deputy chairman of the naval academy's Department of Seamanship and Navigation. He told Maryland newspaper The Capital Gazette: "The problem is there's no backup." 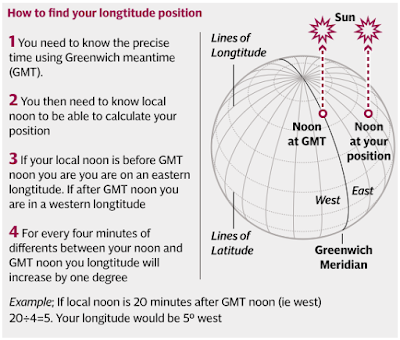 The era of celestial navigation ended with the launch of satellites in the 1990s, which evolved into the Global Positioning System (GPS).
While celestial navigation can calculate your position within 1.5 miles, by 1995 GPS could pinpoint your location within feet, and the system has never been shut down.
Today, 31 satellites circle the Earth, each twice a day, costing American taxpayers about $1 billion (£650 million) a year.
"The perceived need for sextants was taken away," said Peter Trogdon, president of nautical instrument company Weems & Plath in Annapolis, Maryland.
Mr Trogdon, said sales of sextants plunged after the arrival of GPS.
"There's only a few thousand sold a year," he said.
"Most of those are sold to yachtsmen who want to have a backup."

A sextant instrument for sea navigation

“If you can use GPS, it's just so much more accurate," said Lt. Cmdr. Ryan Rogers.
Recruits to the academy in Annapolis, Maryland, have this autumn seen study of the stars return to their curriculum for the first time since it was dropped in 2006.
It was reinstated for navigators in 2011, but not for the whole navy.
Pilot programmes are also beginning for army reservists in Philadelphia, Rochester and Auburn.

The first midshipmen to receive training were juniors this summer.
From autumn next year, all newly enlisted sailors will have to study the stars and learn theories of celestial navigation during an advanced navigation course.
The Class of 2017 will be the first to graduate with the reinstated instruction.

“This is the first semester we added it in, so we're just baby-stepping it,” said Lt. Christine Hirsch, who teaches navigation at the academy.
Only three hours will be taught.
“We just added the theory, but we really do have the capabilities to expand.”
Mr Trogdon said the decision was “fantastic”.
"How cool is it to go back to the ancestral technique?"